Is climate change slowing down the wind? 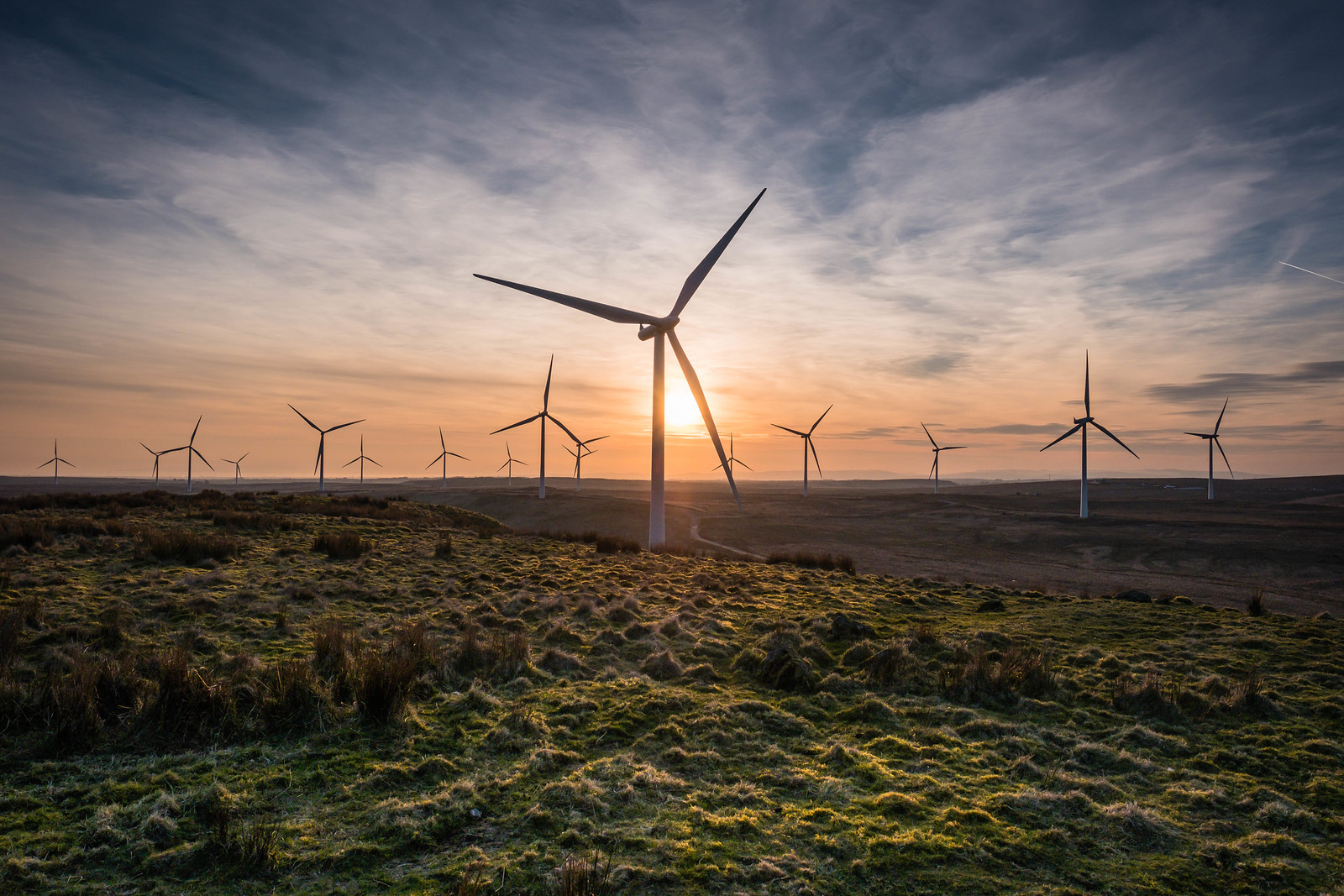 Last year, from summer into fall, much of Europe experienced what’s known as a “wind drought.” Wind speeds in many places slowed about 15 per cent below the annual average, and in other places, the drop was even more pronounced. It was one of the least windy periods in the United Kingdom in the past 60 years, and the effects on power generation were dramatic. Wind farms produced 18 per cent of the U.K.’s power in September 2020, but in September 2021, that percentage plummeted to only two per cent. To make up the energy gap, the U.K. was forced to restart two mothballed coal plants.

The recent declines in surface winds over Europe renewed concerns about a “global terrestrial stilling” linked with climate change. From 1978 until 2010, research showed a worldwide stilling of winds, with speeds dropping 2.3 per cent per decade. In 2019, though, a group of researchers found that after 2010, global average wind speeds had actually increased — from seven miles per hour to 7.4 mph.

Despite those conflicting data, the Intergovernmental Panel on Climate Change forecasts slowing winds for the coming decades. By 2100, that body says, average annual wind speeds could drop by up to 10 per cent.

According to a recent study in Nature, the Arctic has, since 1979, been warming four times faster than the rest of the world. That’s much quicker than scientists had previously thought, and this warming could presage an even steeper decline in wind than anticipated. Another factor possibly contributing to stilling is an increase in “surface roughness” — an uptick in the number and size of urban buildings, which act as a drag on winds.

Wind has been an overlooked element of climate change studies, which helps explain why the debate over these trends continues. The field is young, with only 70 years of data — temperature data, by contrast, goes back thousands of years — and wind systems are notoriously difficult to study and analyze. Substantial annual fluctuations make long-term trends difficult to detect, and conclusions are rarely firm.

Still, one recent pioneering study has shined a light on the behaviour of winds by examining where and how much dust settled on earth during the Pliocene era, when temperatures and carbon dioxide levels were similar to what they are today.

“By using the Pliocene as an analog for modern global warming, it seems likely that the movement of the westerlies” — the prevailing mid-latitude winds that blow from west to east — “towards the poles observed in the modern era will continue with further human-induced warming,” says Gisela Winckler, a researcher at Columbia University’s Lamont Doherty Earth Observatory and an author of the Pliocene dust paper. Her models indicate “that the winds [will be] weaker and stiller.”

A stilling or an increase in winds could have serious repercussions for both the human and non-human world. “Wind affects plant growth, reproduction, distribution, death and ultimately plant evolution,” wrote the plant physiologist P.S. Nobel in a 1981 paper titled “Wind as an Ecological Factor.”

Giant sequoias on the U.S. West Coast, for example, depend on regular deliveries of phosphorus blowing in from the Gobi Desert, across the Pacific Ocean. And surface winds are responsible for driving the Gulf Stream, the ocean current that drives much of the world’s climate. A slowing in surface winds could disrupt this conveyor, contributing to drought, colder weather, and more intense winter storms. Higher than normal winds can damage or destroy trees and will increase rates of evapotranspiration — a challenge for farmers and ranchers in already dry areas. And more extreme winds have been linked with worsening wildfire seasons in the western U.S.

Brisk winds can help relieve cities choking on pollution and replace stagnant air with fresh. Slower winds, on the other hand, exacerbate the misery of heat waves, which are predicted to become more frequent and longer lasting. Slow winds also make it more difficult for planes to take off because pilots rely on headwinds for lift. In the last 30 years, the maximum takeoff weight for an Airbus 320 has decreased by four tons at one airport in Greece, according to Williams, due to both slowing headwinds and rising temperatures.

Global stilling, if it happens, will have a massive impact on alternative energy production. “A 10 per cent drop in winds does not mean a 10 per cent drop in energy,” Williams says. Turbines are somewhat inefficient, with limits on how much energy they can extract from the wind. According to Williams, a 10 per cent decline in wind speeds would actually result in “a 30 per cent drop, and that would be catastrophic.”

Europe is all in on wind power as an alternative to coal and other fossil fuels. The United Kingdom generates about 24 per cent of its energy from more than 11,000 on- and offshore wind turbines, and the European Union gets about 15 per cent of its electricity from wind. That percentage is growing as more wind turbines come online. In the U.S., wind farms provide nearly 10 per cent of utility-scale electricity generation. By 2050, the amount of power produced is projected to nearly quadruple. But if wind speeds diminish, it could be harder to reach that goal.

Hannah Bloomfield, a postdoctoral researcher at the University of Bristol, studies wind and wind energy. She believes that, until recently, changes in wind speed have been within the range of variability, and that there is no solid evidence, today, of global stilling induced by climate change. But models of the future are of more concern. “Studies show if you start to take it forward, past 2050, the IPCC’s arguments [for stilling] start to look a lot more convincing.”

“The recent wind drought is a clear reminder of how variable this form of generation can be,” she wrote last year in The Conversation, “and it cannot be the sole investment for a reliable future energy grid.”

Dealing with wind-energy droughts will require new strategies for energy storage and reliable alternatives, says Upmanu Lall, a professor of civil engineering at Columbia University. Because of the variability of both wind and sunshine, alternative energy is “starting to look more like a water system than an energy system,” he says. Just as water systems with their variable supplies need to be managed to accommodate precipitation trends that occur over yearly, decadal, and century-long scales, “this is going to be part of the lexicon of the energy system as well.”

Most current battery technology will not help during extended energy droughts, Lall says, since today’s batteries store energy only for several days. “Many people are discussing hydrogen and nuclear in this context,” he continues. “You can create hydrogen when you have excess solar and wind, and it can be used when you have a [renewable energy] shortage.” Excess renewable energy can also be used to pump water uphill to a reservoir; energy is generated later by releasing water back downhill, passing through a turbine.

Decreasing winds could also exacerbate the volatility of energy markets. If natural gas prices spike — because of war in Ukraine, say, or an especially cold winter — at the same time as a regional stilling event, energy prices could rise beyond the means of millions. Natural gas prices in Europe rose more than 450 per cent during last year’s European stilling, and electricity prices in the Nordic region rose by up to 470 per cent over the previous year.

While stilling has occurred in some parts of the world, anecdotal reports in other places suggest that the wind is blowing more fiercely — and more often — than ever before. Earlier this year in central New Mexico, for example, wildland firefighters, ranchers, and others described wind events as unprecedented. Martin Baca, a long-time alfalfa grower and rancher south of Albuquerque, said he’s never seen the wind blow as often as it recently has. “You can irrigate, and five days later, it’s dry,” he said. “That hot wind is like a hair dryer. And there’s no dew [to] help the grass grow.”

Unfortunately, science has yet to get a handle on where wind stilling and wind increases — triggered by long-term climate-change trends — will occur. “There’s no settled science here,” Williams says. The 2019 paper, which indicated speedier winds over a nine-year period, was confounded by last summer’s European doldrums.

“Things have tipped the other way again,” Williams says, sounding resigned to the uncertainties. “It’s not supposed to be that calm over Europe in the summer.”

Well, damn. Time to push harder for solar and things like geothermal. Wave becomes a problem since waves are mostly caused by the wind, aren't they? Tide power is fine, but very limited.

As the article notes, there

As the article notes, there is conflicting evidence including the 2019 study in Maine that showed an increase in wind. I quite recently lived in southwest Alberta for a couple of decades where the wild winds are legendary, and they appeared, at least anecdotally and from meteorological measurements, to be becoming even more frequent, to occur in conditions when they are less expected and to be increasing in velocity. One sturdily built sign near the Crowsnest Pass designed to warn motorists, especially semi trucks, simply blew over as it registered 181 km, while it is very common to have winds over 100. Perhaps it is like so many other climate change phenomena; calmer is some places, wilder in others.