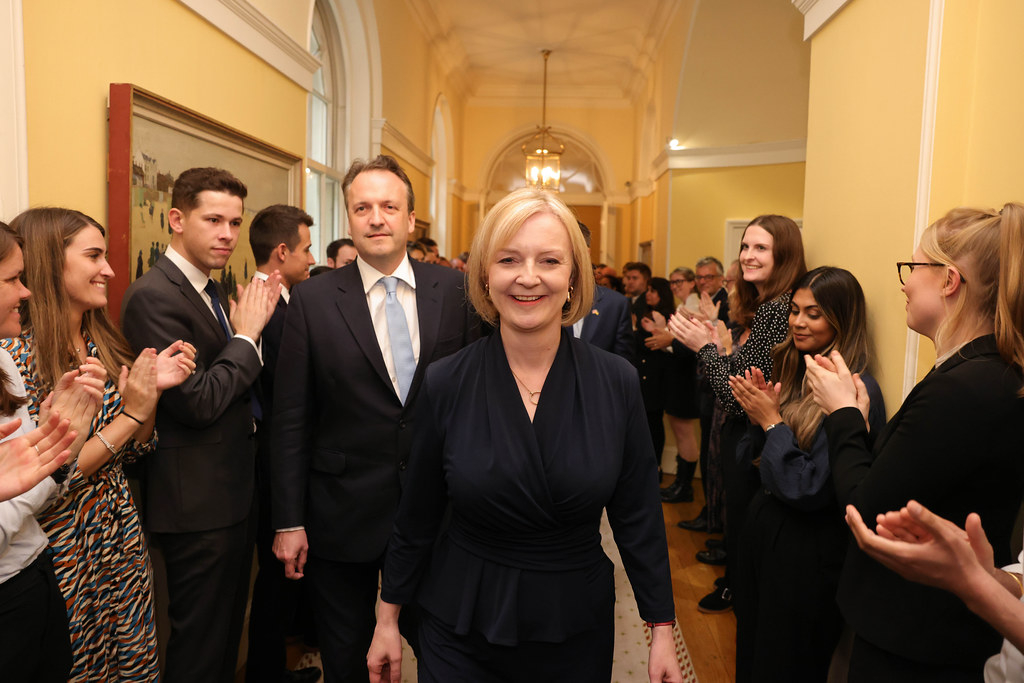 You have to feel for people living in Great Britain right now. As if the recent injury of losing their Queen, the insult of having to endure King Charles and the prospect of a cold and expensive winter weren’t bad enough, they also have a new prime minister who seems determined to crash their economy and ruin their retirements.

In Liz Truss’s first financial update after winning the leadership of the Tories and replacing Boris Johnson, she and her chancellor of the exchequer Kwasi Kwarteng tried to channel Margaret Thatcher by slashing the country’s top tax rate from 45 per cent to 40 per cent. This was a leadership campaign promise they were determined to fulfil, one they believed would help Britons deal with soaring inflation and reverse the country’s fortunes. But rather than stimulating Great Britain’s economy, she very nearly killed it — and with it, perhaps, the notion that supply-side economics (the theory that underpinned the policies of Thatcher and Ronald Reagan) is a good fit for the challenges of the 21st century.

The new package of economic measures, which also removed a cap on bonuses that bankers can receive, sent the British pound spiralling down to its lowest level ever against the U.S. dollar. It pushed global stock markets to new yearly lows, required the Bank of England to buy £65 billion in government bonds and even drew criticism from the International Monetary Fund and Moody’s.

It was just the latest example, and perhaps the most expensive yet, of why the country’s decision to leave the European Union was really an act of economic suicide. One wonders whether the Canadian politicians who were so vigorously cheerleading the vote at the time — Andrew Scheer, Jason Kenney and Pierre Poilievre — will finally put their populist pom-poms away for good.

Truss’s government ultimately backtracked on the tax cut (ironically, just a day after she said it wouldn’t), but the damage to her reputation and Great Britain’s economy was already done. The Truss tax cuts are the latest example, albeit the most spectacular one in recent memory, of the high cost of cutting taxes for the rich.

So far, these examples have done little to deter conservatives from continuing to pursue these sorts of policies. If anything, the belief that cutting taxes for rich people can attract investment, increase productivity and raise government revenues remains a core part of conservative orthodoxy across the western world. It kept many otherwise reluctant Republicans bound to Donald Trump’s ideologically incoherent regime, and he delivered for them with his administration’s 2017 “Tax Cuts and Jobs Act,” a $2.3-trillion giveaway to high-income earners and corporations.

At the time, Treasury Secretary Steven Mnuchin claimed that “not only will this tax plan pay for itself but it will pay down debt.” That’s a familiar promise that routinely gets made (and subsequently broken) whenever conservatives are trying to cut taxes for the rich.

As Jim Tankersley noted in a recent New York Times piece, a pair of economists at the Urban-Brookings Tax Policy Center in Washington studied the pre-COVID impact of Trump’s tax cuts — and found them deeply wanting. “The cuts did little to promote job growth or investment outside the oil and gas sector, which is highly correlated with the global price of fossil fuels,” Tankersley wrote. “And they found that the cuts significantly reduced federal tax revenues, contrary to Republicans’ promises that the cuts would pay for themselves by inciting additional economic growth.”

Princeton economist Owen Zidar’s study, one that covers decades of tax-related data in the United States, goes even further. “The stimulative effects of income tax cuts are largely driven by tax cuts for the bottom 90 per cent,” it concludes, “and that the empirical link between employment growth and tax changes for the top 10 per cent is weak to negligible over a business cycle frequency.”

Translation: if you want to create jobs, cut taxes for the working and middle classes instead.

But old habits die hard, and few habits are older for conservatives than pushing tax cuts for the rich. Witness the recent piece in the Toronto Sun by Matthew Lau, an adjunct scholar at the Fraser Institute, that took aim at the federal government’s plan to tax luxury goods. “Even if the goal of tax policy is to maximize government revenues — which it should not be in the first place — reducing the income tax rate on top earners is probably a better idea than increasing it,” he wrote.

This is the orthodoxy to which Lau, Truss and the UCP’s Danielle Smith subscribe: no matter the circumstance or context, cutting taxes on the rich is always a good idea.

Truss may have cause to question that logic, given she could end up losing her job as a result of her failed attempt to cut taxes. But you can be sure Canadian conservatives, whether it’s the UCP’s Smith or the CPC’s Poilievre, will almost certainly ignore the lesson Truss is being made to learn.

The real question is who ends up paying the price for that — and how expensive it will be.

Supply side economics and

Supply side economics and politics is blatant neoliberalism which for the last 40 we have called Reaganomics or Thatcherism.
A totally failed system at increasing economic growth and employment. What it has done with its globalization of trade and production is drastically increase inequality in our Western Democracies, especially the UK and USA. Gut the middle classes which without, threatens our Democracies. Leave a generation or 2 without jobs, and in Canada little chance of owning their own home.
Weekly I read articles or studies which give little hope of improvement. And has led to great dissatisfaction in the voting public as seen in the USA and now Canada. Yet our Conservative think tanks like CD Howe and Fraser still call for lower business taxes, less regulation, less taxes for the wealthy as that is supposed to improve everyone. False. Shareholders should not be the only beneficiaries of profit. Our society as a whole provides the infrastructure to make those profits, so let's make capitalism a little more friendly to the labour, the society as a whole and I sure wages keep up with productivity. 90% of increased income of productivity increases in last 30+ years has gone to the top 10% of earners and left wages with purchasing power from the mid 1990s. So if you strapped, that's why. And if anyone thinks our Canadian Conservatives can solve this issue, dream on. Kenney tried . He cut taxes, gutted union rights, lowered minimum wage, tried to cut medical personnel wages and failed.
Thx Max, great observations

"Old habits die hard." This isn't the usual benign, alterable "habit" though; it's like religion which resolutely INSISTS on alternative facts informed by an alternate reality despite ALL information to the contrary. ALL information. There IS habit in this being a WAY of thinking, which is LEARNED. Also described as a "suspension of disbelief" religion is the very definition of "brainwashing" i.e. hijacking the usual progress of a natural perception of reality by deliberately introducing disinformation along with emotion. Sound familiar?
In the political right wing we now charitably and tolerantly call this "social conservativism" but how has all this lying and distortion of reality gained such a foothold in the first place? Because so many people are the victims of it themselves; it's still a majority among us that claim religion as a personal identifier. And the problem is compounded by it also being a modern, progressive identifier of democratic countries. So the cognitive dissonance is baked in. And speaking of that, "neoliberalism" is a term that refelcts the times, confusing because the word "liberal" is IN it, even though it's actually about "baking in" the wealthy class. In fairness, there WAS in fact a genuine belief when it all started in 1948 that the trickle-down effect WOULD be better for everyone.
Now that our politics is so polarized, why on earth can't we communicate the fundamental and hugely consequential difference between us better? Why does ANYone in their right mind still vote for conservatives? Because they're not IN their right mind i.e. a majority of people are religious.
But the atheist numbers are steadily increasing, especially among the young.

On the detail of those

On the detail of those economists saying cutting taxes on the bottom 90%, unlike the top 10%, does increase economic growth:
Putting more money in the pockets of the bottom 90% in whatever way, would increase economic growth. That could mean by cutting their taxes, but it could also mean by providing them free or cheap public services (health, dental, education, transit, internet etc), increasing their wages, regulating their rent, providing them cheap housing and so on.

That tax cuts for the rich

That tax cuts for the rich will stimulate the economy is what Paul Kkrugman calls one of several "zombie economic ideas" -- he wrote a whole best-selling book about it (https://wwnorton.com/books/9781324005018, 2020). In a recent newsletter he repeats: "The important point to understand is that there isn’t a serious debate about the proposition that tax cuts for the rich strongly increase economic growth. The truth is that there is no evidence — none — for that proposition." As well, the dire consequences predicted when taxes were increased (Clinton; Jerry Brown) have never come to pass.