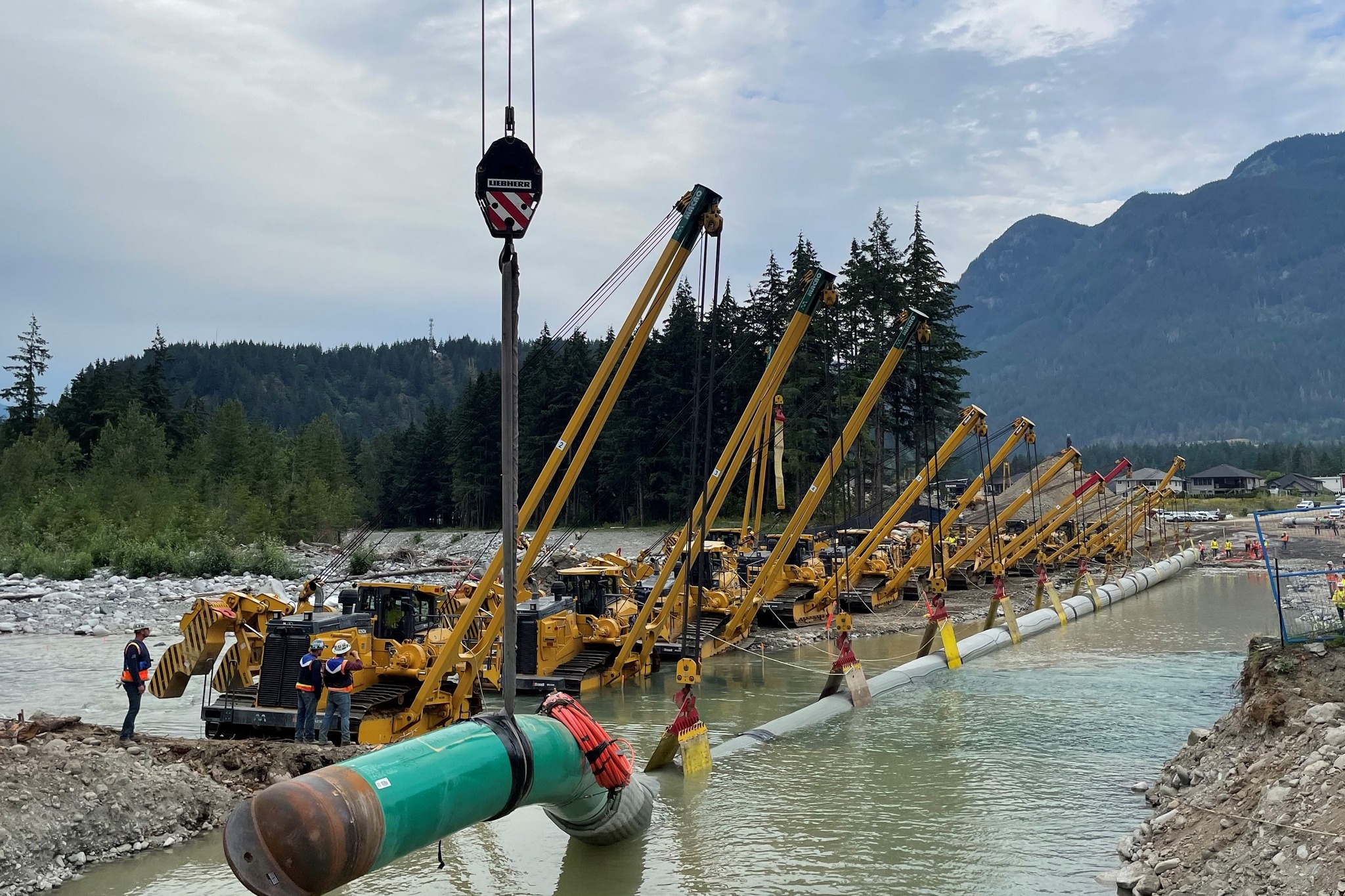 Finance Canada won’t confirm whether it will consider forgiving Trans Mountain’s massive public debts at the expense of taxpayers, despite ample indications that loan forgiveness is inevitable.

The federal government has employed a series of strategies to create the illusion the pipeline expansion project is commercially viable, a new analysis finds, arguing this doesn’t change the fact that cost overruns and insufficient tolls are expected to result in massive losses for taxpayers.

These strategies include withholding information from the public, using a confusing corporate structure and “accounting wizardry,” said independent economist Robyn Allan, author of the analysis published Thursday by West Coast Environmental Law, a non-profit group of environmental lawyers that has been critical of TMX in the past.

After the deadline, Finance Canada spokesperson Caroline Thériault sent an emailed statement that did not answer any specific questions but said TMX is “in the national interest and will make the Canadian economy more resilient” and reiterated that “no additional public money will be spent” on it. The statement did not address whether debt forgiveness is on the table.

Instead of lending money directly to the Crown corporation, the government created a middleman: TMP Finance. TMP Finance is a “classic shell company,” said Eugene Kung, staff lawyer at West Coast Environmental Law and editor of the analysis.

This subsidiary of Canada Development Investment Corporation (CDEV) borrows all the money needed for construction and disburses it to Trans Mountain Corporation. But when TMP Finance doles out the funds, it gives some to the Crown corporation as equity — meaning that portion doesn’t carry interest. TMP Finance still has to repay the full debt to CDEV, plus interest. Because TMP Finance’s debt isn’t reflected on Trans Mountain Corp’s balance sheets, this creates the facade that TMX is incurring less debt than it is, according to the analysis.

The analysis also points to accounting discrepancies that help the government present Trans Mountain’s finances in a favourable light.

The federal government is using a series of strategies to create the illusion Trans Mountain is commercially viable, according to a new analysis from @WCELaw. #TransMountain #TMX

When Trans Mountain Corporation receives debt and equity from the shell company, an accounting mechanism allows it to record a portion of the equity as revenue, making its financial situation appear better than it is, the analysis explains.

“All of these [sleights of hand] are because they know this thing is losing money every day and the future looks worse than the present,” said Allan.

Another way the federal government has claimed the project is commercially viable is by referencing reports by BMO and TD Securities that assure Canadians all is well but refusing to share those reports. Earlier this year, Canada’s National Observer revealed the information in those reports is based on a 100-year timeline, which the Parliamentary Budget Officer and other experts say is unrealistic, given the average lifetime of a pipeline is around 40 years. A $10-billion loan guarantee greenlit by the federal government in April basically assures banks that if Trans Mountain can’t repay the loan, taxpayers will.

When asked how Finance Canada can justify using a 100-year timeline, Thériault did not answer. Her statement restated that the BMO and TD Securities reports confirm that, “despite the increased cost estimate and completion timeline, the project remains commercially viable.”

“This is due diligence for the Canadian public,” said Kung. “The federal government is using corporate shells and accounting magic to hide Trans Mountain’s losses, and it looks like they're setting up to write off $17 billion of debt owed to Canadians, which would be a huge subsidy to the oil and gas sector.”

Developing a plan to phase out public financing of the fossil fuel sector, including by federal Crown corporations, is in Freeland’s mandate letter.

Despite the rosier picture painted by the federal government, Allan’s analysis finds that unless Trans Mountain renegotiates better shipping rates with oil companies, taxpayers will eat $17 billion of the project’s debt.

However, if tolls are raised enough to cover the project’s new debt and operational costs and still turn a profit for investors, oil producers won’t be able to sell their product at a competitive price, according to a previous report by the Institute for Energy Economic and Financial Analysis.

Trans Mountain did not respond to request for comment on whether it is looking to renegotiate its shipping contracts by deadline.

Finance Canada maintains that TMX continues to be “commercially viable” — meaning it can cover debt and operational costs and still turn a profit for its owners year after year.

“If Trans Mountain was actually fulfilling the promise of commercial viability, [it] would be actively engaged in renegotiating those contracts or trying to do so,” said Allan. “That's if they actually wanted it to be viable … if they're not, it means we've been lied to.”

If TMX starts operating with those contracts in place, its losses will grow more than if the federal government opted to kill the project right now, the analysis states.

This article was updated to include comment from Finance Canada, received after the deadline.

You federal government and

You federal government and the Canadian banks at work deceiving Canadians which they do best. Any moron would know this whole pipeline is a non-profitable joke and the ignoramuses prompting it including Trudeau's government have been lobbied to death while Canadians once again get stuck with the bill for these dirty energy sus scrofas. So unaccountable to the people and our hard earned cash again wasted subsidizing these oil& gas buffoons.

For organizations like West Coast Environmental Law and its Green allies, this is a self fulfilling prophecy. Oppose a pipeline and claim it will cost more than estimated. Then picket and sue and generally obstruct construction, which in turn creates delays and increases construction costs, which is then used to stoke more outrage. Rinse and repeat. Soon we are talking major cost over runs, which in the end, make little if any difference to oil flows, but does cost everybody tax money that could be better spent elsewhere.

Blame whoever you will, but

Blame whoever you will, but your argument is based on the sunk costs fallacy. Once the project is shown to be financially unviable, it's better to abandon it. At this point there's sufficient evidence that the decision to continue is irrational.