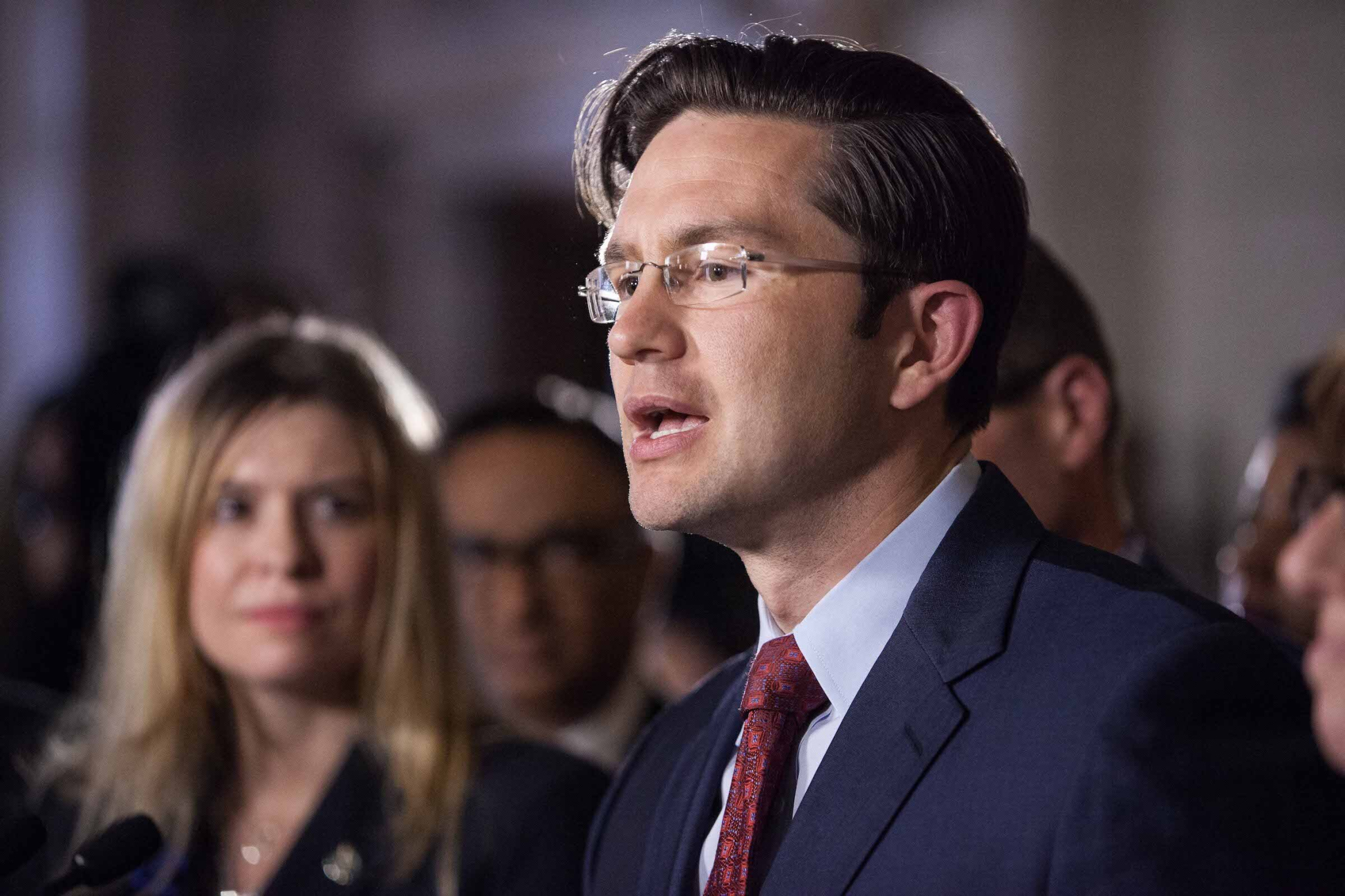 Leslyn Lewis and Scott Aitchison, both candidates in this year’s leadership race, are on the list. The former will oversee infrastructure and communities, while Aitchison will take on housing, diversity and inclusion.

This is a typical strategy to ensure supporters of past leadership hopefuls don’t undermine the current leader, said Alex Marland, professor and head of the department of political science at Memorial University.

It’s a lot harder for people to mobilize when they are included in the team, Marland told Canada’s National Observer.

Another example of this tactic in action is Quebec MP Joël Godin, who endorsed Jean Charest as party leader. In August, La Presse reported Godin would think about his future with the Conservative Party of Canada if Poilievre won the leadership. He was appointed shadow minister for official languages.

Of the 71 names released by the party on Wednesday, 20 are “associate” shadow ministers. They play a supporting role to the main shadow minister, fill in when they are away and handle tasks delegated to them.

Quebec MP Gérard Deltell was assigned the environment and climate change file. The MP for Louis-Saint-Laurent is one of at least 15 MPs appointed to the shadow cabinet who did not endorse Poilievre in the leadership race. Deltell chose to throw his weight behind Charest.

Poilievre has not put out any substantial climate or environmental policy but did reference “fighting climate change with technology and not with taxes,” in his victory speech on Sept. 10. In contrast, Charest put out a climate plan in April that outlined measures like axing the consumer carbon price, implementing a price on carbon at the industrial level, producing more liquefied natural gas (LNG) and hydrogen and prioritizing carbon capture and nuclear technology. Deltell declined to comment on his new appointment.

Poilievre is a vocal advocate of small government, but his shadow cabinet dwarfs that of former party leader Erin O’Toole, who appointed 45 shadow ministers and one associate minister. The federal government has 38 ministers to Poilievre's 51 shadow ministers.

“This [is a] way of sending the message that there's a lot of Conservatives here, you know, ‘We're a really strong group, and we all have things to say,’” said Donald Desserud, professor of political science at the University of Prince Edward Island, in an interview with Canada’s National Observer.

He likened it to former Progressive Conservative prime minister Brian Mulroney’s decision to appoint a 40-minister cabinet — the largest in history at that time — to match the severely depleted Liberal caucus.

“It was a way of reminding the Liberals how few MPs they had … a daily reminder that they had been reduced down to [these] 40 seats, which at that point, was the smallest number they've ever had,” said Desserud. Poilievre’s large shadow cabinet sends the opposite message, he said.

Desserud questioned whether such a large team can be effective and presumes House leader Andrew Scheer and party whip Kerry-Lynne Findlay will have their work cut out for them ensuring MPs are on top of their files and prepared.

“They can’t all speak in question period,” Desserud said, adding that if Canadians are only hearing from these MPs once a month or so, it diminishes their public profile.

Among the new shadow cabinet positions is a role focused on “red tape reduction,” filled by Ontario MP Scot Davidson. Davidson’s office did not clarify what his role involves by the deadline.

I am thrilled to be named Opposition Shadow Minister for Red Tape Reduction, where I will focus my efforts on making sure government gets out of the way of Canadians -- especially the hardworking small businesses in this country. pic.twitter.com/X6sBTpWbqk

This position could apply to all files because “every single department has an issue with red tape,” said Desserud.

Poilievre commonly invokes “red tape” rhetoric when it comes to business, agriculture, housing and cost-of-living, among other topics.

The creation of this new role sends a message to the electorate that Poilievre is serious about cutting red tape, said Desserud.

“He thinks that is … a winning campaign platform; he probably has a point. People are tired of regulations.”

Desserud pointed to the headache some P.E.I. residents are experiencing while trying to access disaster relief funds through the Red Cross to cope with the aftermath of hurricane Fiona and the clawback of the Canada Emergency Response Benefit as examples of this fatigue.

Poilievre also created new roles for pan-Canadian trade and competition, supply chain issues and small business recovery and growth, all of which emphasize his unrelenting messaging on “Justinflation.”

"Red tape reduction" will surely mean running roughshod over environmental regulations.
Too reminiscent of Trump's agenda of "deregulation", which TFG crowed about endlessly.
It makes me sick thinking about P.P. getting anywhere near becoming the PM.

Ayup.
Safety regulations too. Everyone hates "regulation" until some people get poisoned or a dozen people die in a coal mine.

Do you remember back in 2008 when Stephen Harper over-ruled the head of the Canadian Nuclear Safety Commission who had refused to authorize the re-start of Chalk River's reactor due to safety concerns? (He subsequently fired her for "lack of leadership. (i.e. not doing what she was told). Is that the kind of "red tape removal" that Mr. Poilievre has in mind?

People are tired of

People are tired of regulations?

Oh yeah, right, the ones who protested Covid protocols by blocking public roads and border crossings with truckers’ convoys, paraded around and pissed on the National War Memorial while flying Nazi and Confederate battle flags and demanded the overthrow of our government.

Yeah, I remember them, now—the ones Pierre Poilievre praised and took selfies with. And now pays tribute to with 71 Con MPs.

Few to none of these picks

Few to none of these picks have the intelligence or respect for expertise to govern, and spend most of their time trolling the opposition with Poilievre slogans and stupid hashtags. I call them shadow trolls.

It's worth noting Poilievre has excluded Michelle Rempel, Ed Fast, and Erin O'Toole (who claims he doesn't want a cabinet role). All of them had cabinet posts under Harper.

The fact that Poilievre thinks numbskull antivaxxer social conservatives have a place in government proves he isn't a worthy or serious contender.

From the National Post:
"Former leader Erin O’Toole is also not on the list, but that may be because he specifically asked the new leader not to include him. O’Toole told the National Post’s John Ivison that he does not want “to be a distraction” and asked Poilievre to use him as “a designated hitter” instead."

If this doesn't say it all about that party. [eyeroll]