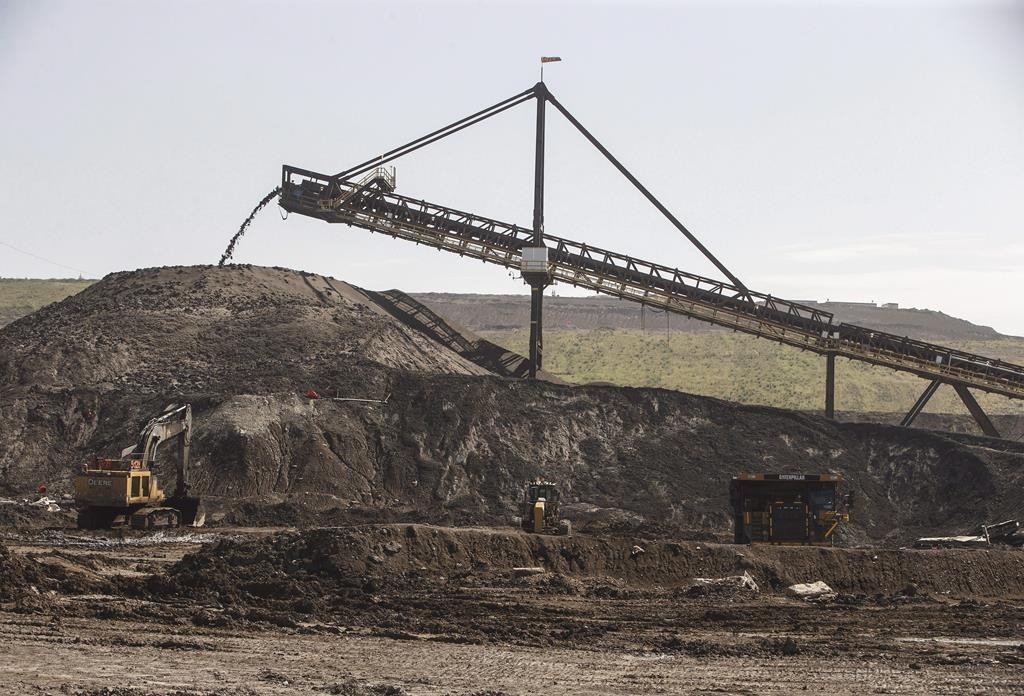 A hopper moves dirt in Suncor's Millennium mine in the oilsands in Fort McMurray Alta, on Monday June 13, 2017. Photo by: Jason Franson
Previous story

CALGARY — Canada's biggest oilsands companies say they will spend $16.5 billion before 2030 on a massive proposed carbon capture and storage facility that is the centrepiece of their net-zero-by-2050 pledge.

The Pathways Alliance, a consortium of the country's six largest oilsands companies, said Friday it will also spend an additional $7.6 billion on other emissions reductions projects, for a total of around $24.1 billion.

But in spite of the investment tax credit for carbon capture and storage projects announced by the federal government earlier this year, the group is still looking for more financial support from government before it pulls the trigger on the project.

“Over the life of the project, probably two-thirds of your costs are operating costs. And so the (tax credit) helps enormously on the construction side, on the capital side, but we're still working with governments on ways to shore up some support on that operating cost side," said Kendall Dilling, president of Pathways Alliance, in an interview.

He added additional government support will be necessary to keep Canada's oil and gas industry competitive with other jurisdictions, some of which are already significantly subsidizing carbon capture and storage.

"Particularly the U.S., where the Inflation Reduction Act contains significant incentives for all kinds of clean tech development but also some very aggressive support for CCS," he said.

The Pathways Alliance has not yet made a final investment decision on the project, which would capture CO2 emissions from more than 20 oilsands facilities in northern Alberta and store them safely underground, delivering an estimated 10 million tonnes of emissions reductions per year.

But on Friday, the group said it has already completed pre-engineering work and is consulting with Indigenous communities along the route of the proposed 400-kilometre pipeline that would carry captured CO2 to the storage hub. The group says it has also completed nine carbon capture feasibility studies involving member companies at oilsands sites.

The update comes as Canada's oil and gas industry has been under fire recently from environmental groups who say not enough of the record profits being reaped this year due to sky-high oil prices are being funnelled into decarbonization.

Last month, a report from environmental think tank the Pembina Institute said Canada's oil and gas sector is estimated to earn a profit of $152 billion in 2022 due to the war in Ukraine and the resulting commodity price boom. The report criticized the industry for not moving faster to meet its climate commitments in light of its windfall profits.

Federal Environment Minister Steven Guilbeault has also said he wants to see more details from industry on what it is doing with its profits to achieve its emissions-reduction targets.

For its part, industry said it needs not just financial, but also regulatory certainty. It is concerned about the federal government's promised cap on greenhouse gas emissions from the oil and gas sector, and considers the government targets for the sector to be unrealistic.

(While the Pathways Alliance has said it believes it can reduce greenhouse gas emissions from production by 22 million tonnes by 2030 — an approximate 30 per cent reduction from current levels — the federal government wants Canada's oilpatch to reduce by 42 per cent below 2019 levels.)

“If not done well, policy can disincent investments in these kinds of projects (carbon capture) moving ahead," Dilling said.

"We as an industry are committed and ready to go about decarbonizing our production as fast as it is technically, economically and executionally feasible to do so. All we need is government support to work with us – we don’t need a big stick forcing us to do it.”

However, Dilling said he's confident that both industry and government have a vested interest in seeing the proposed carbon capture project move ahead.

“We’ll figure out a formula that works to allow us to proceed. It’s a huge opportunity for Alberta, and for Canada," Dilling said. "Frankly, there’s no other project that I’m aware of that can deliver this scale of greenhouse gas emission reduction by 2030.”

The group says it plans to apply for regulatory approval for its CO2 transportation line and storage network in late 2023. It says it could begin injecting carbon as early as 2026.

This report by The Canadian Press was first published Oct. 14, 2022.

Conservatives slam the carbon tax for adding to inflation, but fail to mention its rebates