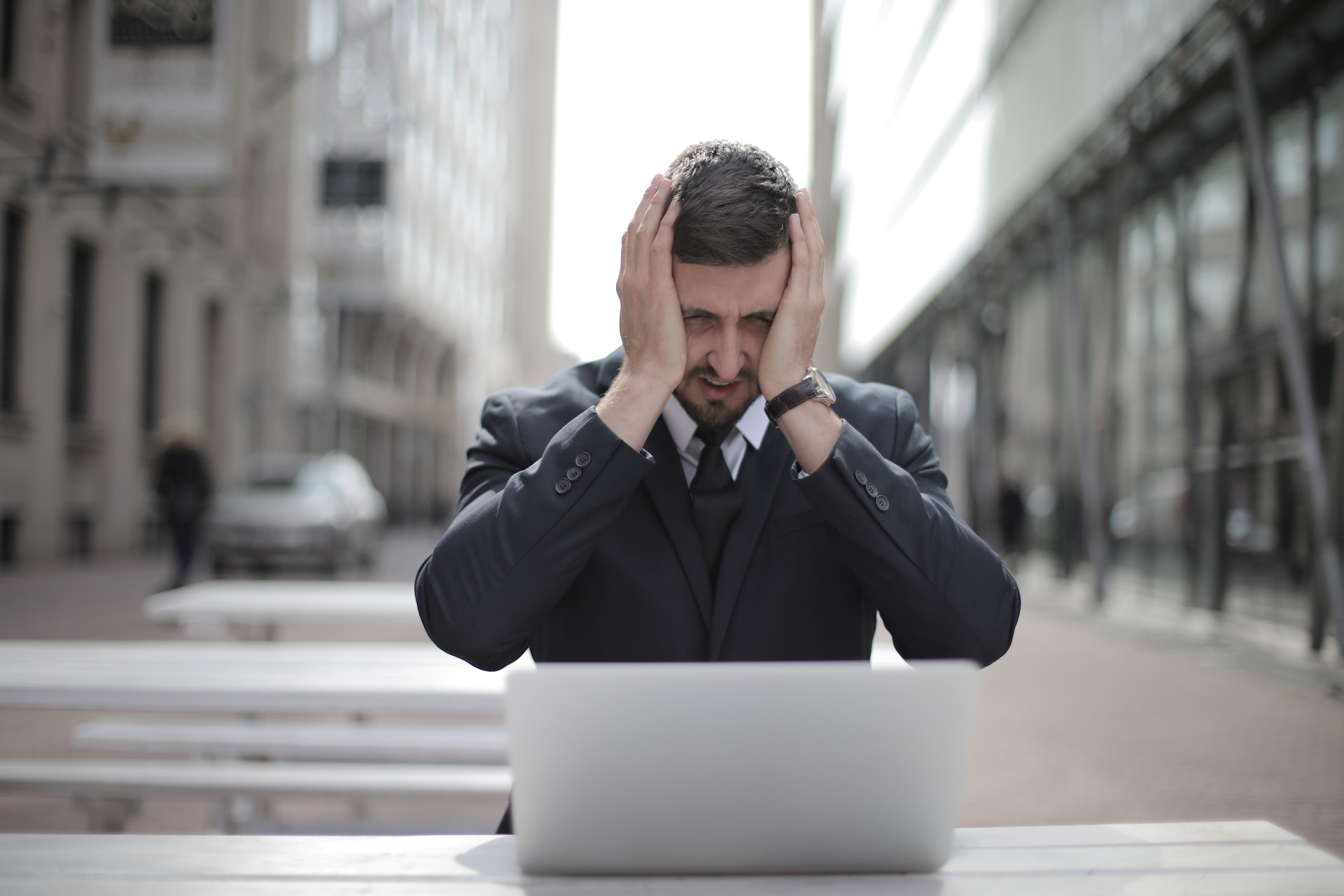 Policy wonks inadvertently got us into this growing standoff over federal carbon pricing, but they might just be the ones who can get us out, too, writes columnist Max Fawcett. Photo by Andrea Piacquadio / Pexels
Previous story

Justin Trudeau may not be the divisive figure his opponents like to pretend he is, but his signature policy remains the biggest cleavage in Canadian politics.

Carbon pricing, billed by economists as a market-friendly way to reduce greenhouse gas emissions, has instead become the bête noire of Canada’s conservative movement. And while it might seem like the backlash against the carbon tax ought to be dying down after three-plus years, it actually appears to be growing. With Pierre Poilievre attacking it daily from his perch in Ottawa and Danielle Smith threatening to cause a constitutional crisis from Alberta, the politics around climate policy in Canada are getting even more perilous than ever.

But if policy wonks inadvertently got us into this mess, they might just be the ones who can get us out as well. A few of them have come up with an idea called “contracts for difference” that could pour concrete on the federal carbon tax and trigger the sorts of major investments in emissions-reducing projects Canada needs if it’s going to get within shouting distance of its climate targets. Better still, these contracts could help us sidestep the sort of federal-provincial conflict that seems unavoidable when it comes to policies like the cap on oil and gas emissions or other heavier-handed approaches.

First, the wonkish stuff. These contracts effectively offer insurance on any future changes to the carbon price, something that’s particularly valuable given both the advanced age of the current government and the enthusiastic pledge to “axe the tax” from the leader of the official Opposition. As Clean Prosperity’s Michael Bernstein, the University of Calgary’s Blake Shaffer and the Canadian Climate Institute’s Dale Beugin argued in a recent op-ed, “Companies don’t know if a future federal government is going to freeze or even cancel the carbon price, and the risk is discouraging them from going all-in on cutting their emissions.”

Here’s how the contracts work. Let’s say you want to build a project that reduces greenhouse gas emissions, and your economics depend on being able to generate credits for those reductions — ones that increase in value as the carbon price rises. If you sign one of these contracts (with, say, the Canada Infrastructure Bank) and a future Poilievre government slows or eliminates the carbon tax entirely, it would have to pay you the difference between what those credits would have been worth and their now-reduced value. A future government could still “axe the tax,” as Poilievre has promised, but it would be on the hook for potentially billions of dollars in costs. More importantly, there would still be an incentive for the project owners who signed these contracts to continue with their emissions-reduction efforts.

This isn’t just theory. Thanks to a new report from the University of Calgary’s School of Public Policy, we know these sorts of contracts can and do work. They were integral to the Alberta NDP government’s Renewable Electricity Program, and they’ve already yielded an estimated $160 million for Alberta’s taxpayers since 2019 thanks to their design and the combination of falling renewable energy costs and higher power prices. As assistant professor and report co-author Sara Hastings-Simon told the Calgary Herald, “Well-designed climate policy does not have to be costly to the public, and it can actually come at a benefit.”

But for all of its technical merits, it’s in the politics where this idea truly shines. The federal government is about to deliver its fall economic update, and it’s under considerable pressure to match the incentives for carbon capture and storage projects contained in the recently passed Inflation Reduction Act in the United States. “If the government was to make changes to the investment tax credit or to supplement it with some additional measures, that would put us a lot closer to making final investment decisions on these projects," said Mark Cameron, vice-president of external relations with the Pathways Alliance, an organization representing Canada’s six largest oilsands producers. "If we don't get that kind of certainty by the middle of next year, then those timelines for 2030 are going to slip."

By backstopping these contracts for difference, the federal government could give industry that certainty without shovelling more carbon capture funding to companies that have so far refused to spend it — and are in the midst of posting record profits. It would call their collective bluff and reveal whether they’re actually serious about reducing their emissions or just trying to rag the puck until a future conservative government lets them off the hook.

More importantly, it might help avert the fight Alberta’s new premier seems to be spoiling for with Ottawa, which will surely slow any progress on this file. It’s probably tempting for the Trudeau government to proceed with its hard cap on oil and gas emissions or introduce an excess profit tax on the industry as a whole, given the popularity of those policies in places like British Columbia, Ontario and Quebec. But they would be a lifeline for Smith, who otherwise seems determined to drown her own government with policies that pander to separatists and anti-vaccine activists. A recent Navigator poll showed her trailing NDP Leader Rachel Notley on virtually every issue, including management of the economy, but she is still favoured when it comes to “standing up to the federal government.”

The federal government should implement these contracts for difference and wait to see if a more constructive partner emerges from Alberta’s provincial election, scheduled for next May. It can always resort to sticks if this last carrot doesn’t get the oil and gas industry to bite. And if Smith wants a fight, the federal government has the means to give it to her. But if the “supreme art of war is to subdue the enemy without fighting,” as Sun Tzu famously said, then Trudeau and Environment Minister Steven Guilbeault ought to give their policy wonks one last chance here.

Tie up those contracts so

Tie up those contracts so tight that even Pollievre can't find the knot. I have received several hundred dollars of CT rebates which are more than double carbon taxes I have paid. Wake up Conservatives. Get your act together. CT simple, easy to admin, and gives investors confidence to invest in carbon reduction or just plain low carbon investing. Pollievre is out to lunch.

Why are we subsidizing carbon

Why are we subsidizing carbon capture at all? What about polluter pay? That's the real question. Do taxpayers pay for scrubbers on coal plants too?
Why are we giving credits to major emitters to reduce emissions? Simply regulate the emissions and enforce compliance.
Why do large industrial emitters need to make a profit off reducing emissions? Do polluters make a profit off cutting SO2 and particulate emissions?

Stop shielding large industrial emitters from carbon pricing, and put an increasing price on carbon. Let them figure it out.

Govt can't fill industry's pockets with taxpayers' cash fast enough. Oilsands producers are only too happy to squeeze the taxpayer for billions for clean-up, reclamation, and pollution control costs, while record profits flow to shareholders.
Our national sport is not hockey. It's pandering to the oil mafia, so mostly foreign shareholders can loot Canada's resources, and leave us with the clean-up bills.

P.S. Don't expect a resurrected Premier Notley to kowtow to Ottawa. To keep "moderate" conservatives on side, she will have to fight even harder for the oil industry than Smith is.

Why burden O&G companies with

Why burden O&G companies with any business expenses? Why not let taxpayers pick up the costs for oil well clean-up and oilsands reclamation? For Suncor's pencils and paper? No doubt Cenovus CEO Alex Pourbaix could use a new private jet. No problem.

Interesting article Max. I like the concept, but if the policy is a bit complicated Poillievre andSmith will just pretend it doesn't exist. As long as it protects companies that invest in cleaning up their emissions, then it's still a good backstop to carbon pricing.