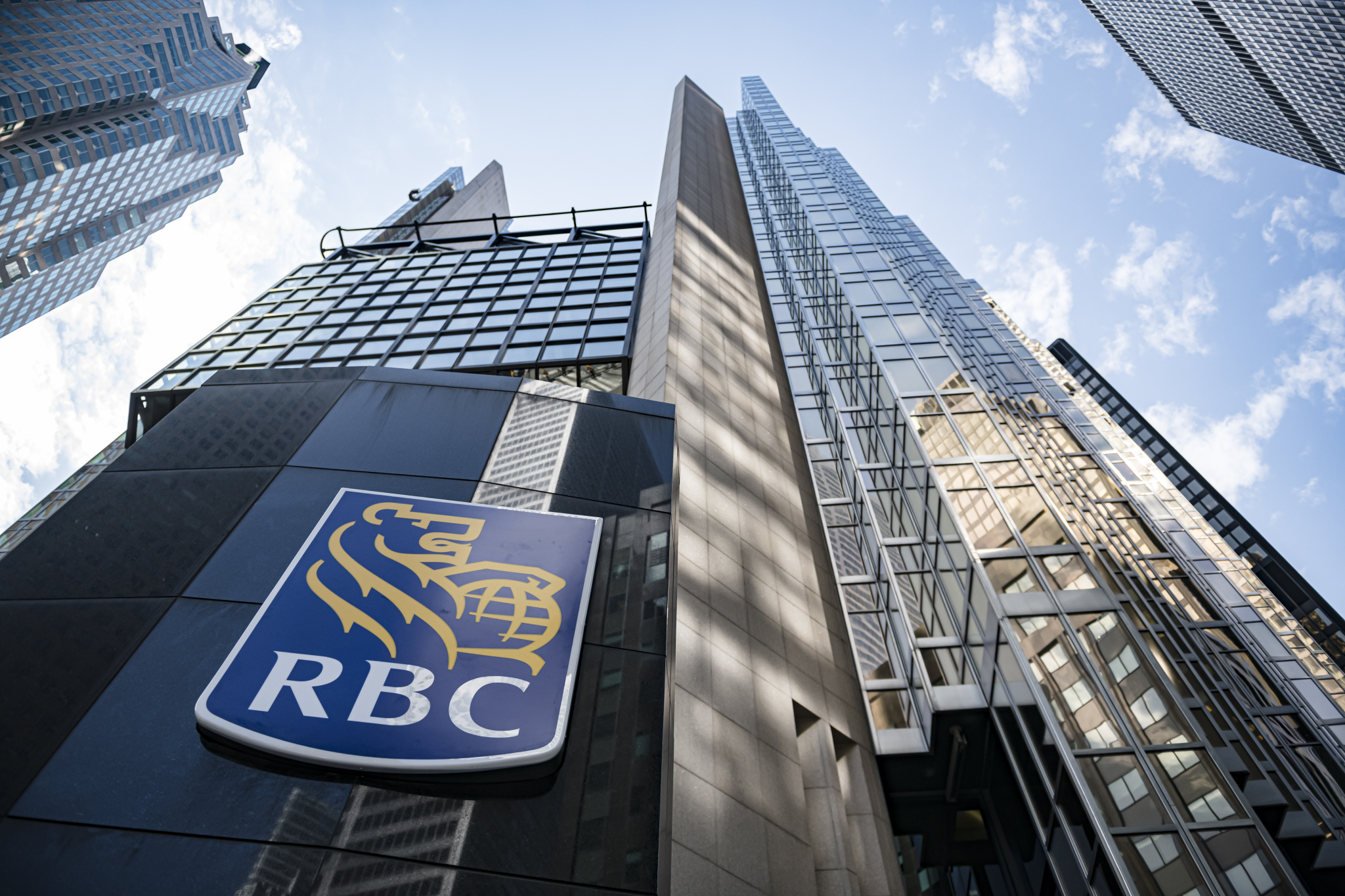 A year after signing onto net-zero banking alliances designed to steer its investments to a climate-safe future, RBC continues pumping billions of dollars into fossil fuel expansion, new data reveals.

The data, compiled by financial research firm Profundo for climate advocacy organization Stand.earth, shows that since joining the Net-Zero Banking Alliance and the Glasgow Financial Alliance for Net Zero in October 2021, RBC has provided $12.6 billion to coal, oil and gas companies. From January to September of this year, RBC financed fossil fuel companies to the tune of $9.6 billion and is on track to provide more cash this year than last, according to the analysis.

“We're seeing a year-on-year increase from 2021 to 2022 in terms of fossil fuel financing, both in terms of underwriting and lending, and we're also seeing that the money they're managing on behalf of clients… they're putting more of that into fossil fuels as well,” Stand.earth climate finance director Richard Brooks told Canada’s National Observer.

Brooks said the analysis doesn’t capture every fossil fuel company RBC finances but, rather, is focused on coal mining and coal power generation, as well as major oil and gas companies focused on expansion.

“Coal and fossil fuel expansion are the two things the global scientific community [has] zeroed in on as needing to stop,” he explained.

The International Energy Agency, which publishes an annual report analyzing global energy trends, last year said there was no room for any new fossil fuel infrastructure if the world is to meet the Paris Agreement’s goal of holding global warming to as close to 1.5 C as possible. This year, it reaffirmed its findings and said the war in Ukraine could accelerate the clean energy transition.

Brooks said there needs to be a year-over-year decrease in fossil fuel financing, particularly for companies involved in expanding production or infrastructure.

“If we as a country are going to meet our absolute emission reduction targets … we need Canada's largest financial institutions to be on board with that plan because they are the money who will enable our success or our failure,” said Brooks.

“Right now, the Canadian government is trying to push its foot down on the accelerator to move towards having our emissions reduced by 40 per cent by 2030, and RBC is stepping on the brakes by putting more and more money into fossil fuels.”

With RBC’s latest financing included, the bank has loaned or invested over $270 billion to coal, oil and gas companies since the Paris Agreement was signed in late 2015. Based on its 2021 fossil fuel financing, RBC is also the top bank in Canada funding oil and gas expansion, as well as the oilsands, pumping $9.6 billion and $6.8 billion, respectively, into those sectors.

"The Canadian government is trying to push its foot down on the accelerator to move towards having our emissions reduced by 40 per cent by 2030, and RBC is stepping on the brakes by putting more and more money into fossil fuels," says @R_BrooksStand

Each one aims to reduce emission intensity, or the amount of pollution created when a product (like a barrel of oil) is made, rather than absolute emissions — the amount of pollution that reaches the atmosphere, where it ultimately heats the planet. Having an emission-intensity target means companies that more efficiently extract oil could actually increase the absolute emissions in the atmosphere.

“We know the greatest impact RBC can have to drive emissions reductions in the economy is through partnerships with our clients,” RBC CEO Dave McKay said in a statement. “Our initial interim targets will help us track and measure how we're doing in working with our clients on our ambitious net-zero goals and keep us accountable along the way.”

Climate and Indigenous rights advocates were quick to call RBC’s 2030 targets a sham.

“There’s a dictionary-official definition for RBC’s climate targets: it’s called greenwashing. With RBC continuing to bankroll polluters, these pledges are just more smoke and mirrors,” Brooks said in a statement at the time. “While people across Canada bear the brunt of fires, floods and deadly heat, Canada’s #1 fossil fuel-financing bank continues to pour gas on the flames, bankrolling gas, tar sands, oil and coal.”

RBC spokesperson Andrew Block did not say how the bank squares its net-zero pledges with increased fossil fuel investments, but told Canada's National Observer "climate change represents a significant global challenge and the transition will require one of the largest economic transformations in generations."

Indigenous Peoples are not mentioned once in RBC’s 2030 climate targets, despite the bank facing shareholder resolutions earlier this year calling on it to respect free, prior and informed consent as required by the United Nations Declaration on the Rights of Indigenous Peoples.

RBC is “financing some of the most opposed fossil fuel projects in Canadian history,” Brooks said. “For there not to be acknowledgment that projects they're financing have significant impact on Indigenous people is downright offensive, it contributes to making Indigenous people invisible, and it's certainly not in line with what we're trying to do as a country in terms of reconciliation.”

In April, RBC cancelled the in-person portion of its annual general meeting the night before it was set to take place, citing COVID-19. Wet’suwet’en hereditary chiefs had flown to Toronto for the event to challenge bank leadership over its financing of the Coastal GasLink pipeline, which is cutting through the nation’s unceded territory without consent from the hereditary leadership.

“RBC has been instrumental in the destruction of our lands by financing the Coastal GasLink pipeline, which is illegally now drilling into our pristine lands and threatening our waterways,” Wet’suwet’en Hereditary Chief Woos said in a statement. “While RBC claims it’s saving the planet, we’re here defending our yintah and Wedzin Kwa. Coastal GasLink would emit the equivalent of every car in so-called Canada.”

In June, RBC published a report called 92 to Zero in which the bank says an “Indigenous-led approach to the climate transition, and economic opportunities toward net-zero, will be essential to economic reconciliation.” Moreover, the bank says “Canada’s road to net-zero will rely heavily on vital sources of capital held by Indigenous nations.”

RBC is currently under investigation by Competition Bureau Canada for allegedly misleading Canadians about its climate performance following a complaint from Indigenous leaders and climate organizers. The bank “strongly disagrees with the allegations in the complaint,” an RBC spokesperson previously told Canada’s National Observer.

Brooks said his organization will be sending the recent analysis of RBC’s fossil fuel financing to the Competition Bureau and the UN High Level Experts Group on Net-Zero Commitments chaired by Catherine McKenna, and will also be formally requesting the Net-Zero Banking Alliance review RBC’s membership.

In RBC’s “climate blueprint,” where the bank outlines its role in a climate-safe future, it notes it’s a signatory to the Net-Zero Banking Alliance. In that document, McKay says RBC believes “capital can be a force for positive change,” and that the bank plans to deploy $500 billion worth of “sustainable finance” by 2025. Fossil fuels are not mentioned in that document.

Thanks John for this tragic

Thanks John for this tragic summary. We were in front of - and temporarily inside - a Thunder Bay branch of RBC on Friday protesting its support of the CGL fracked gas pipeline across Wet'suwet'en territory. We need many more people to tell RBC privately and publicly that their actions are disgusting and unacceptable.
Paul

Oh hell,, looks like I'm going to have to make good on my threat to stop dealing with RBC. Anyone have a recommendation for "good" bank these days? One that is actually green?

Wouldn't know, I use a credit

Wouldn't know, I use a credit union.

Y'know, at the rate we're

Y'know, at the rate we're going, climate change is going to crash our whole civilization. As economies crumble, governments lose tax bases and have to face extraordinary expenses, the fabric of society, including law and order, will stretch, strain and start to break down.
When that happens I can only hope that at some point angry mobs drag these bastards out of their mansions and make them pay.