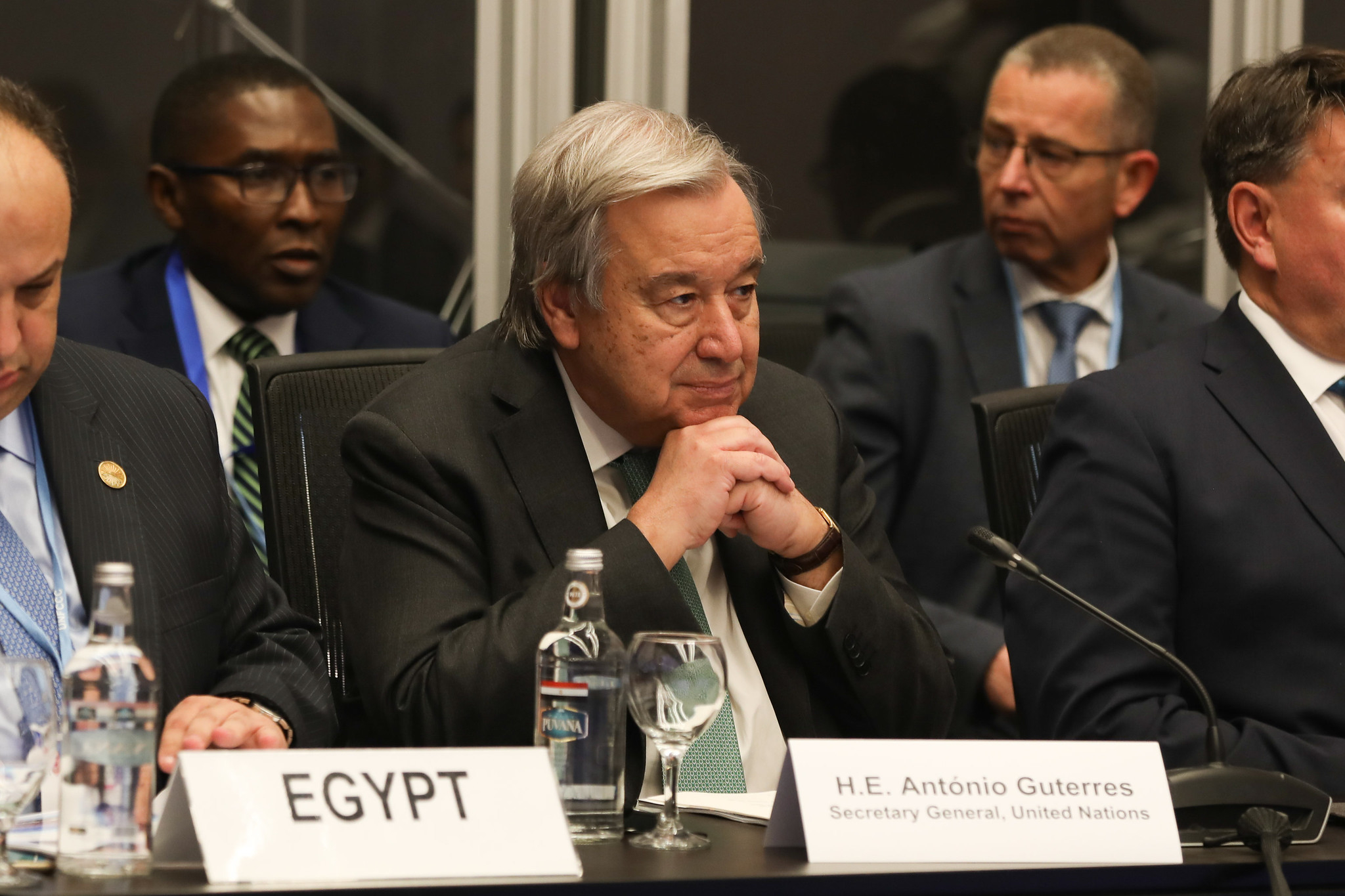 As world governments sit down for another round of international climate negotiations at COP27 this week, planetary life hangs on a thread. The heat-trapping emissions from burning fossil fuels threaten human and ecosystem health, as well as food and water security worldwide.

For decades, the fossil fuel industry has studied and actively concealed these threats from the public, prioritizing private profits over global health.

From Sindh, Pakistan, to Southern California, from the Antarctic ice sheet to Inuit Nunangat, no region can escape the disastrous consequences of burning fossil fuels. Along with hundreds of scientists, cities, small island states, least-developed countries, physicians, climate lawyers, youth, Indigenous nations, land defenders and human rights activists, the International Energy Agency and the UN Intergovernmental Panel on Climate Change have clearly stated the only way to achieve global and national climate targets is by significantly reducing coal, oil and gas production.

The world needs a clear, firm and practical vision for phasing out these toxic fuels. But while growing geopolitical turmoil is driving some jurisdictions to accelerate renewable energy adoption, in others such as Germany, it’s sparked a new enthusiasm for coal, oil and gas.

Humanity is at risk of deepening its dependence on a lethal resource at a time when a profound energy transformation is needed.

The fossil fuel industry knows this and is investing massively in dubious decarbonization and marketing strategies to counteract the new societal conscience and activism that have emerged around the need to stop extraction, production and consumption of toxic commodities.

With this as the backdrop to the UN climate change conference COP27, what can affluent nations like Canada do to change humanity’s destructive course and assume global leadership in building an inclusive, climate-safe global economy?

Canada’s government must undertake these four actions — at least — to keep the objectives, meaning and purpose of its Net-Zero Emissions Accountability Act alive:

1. An immediate halt to fossil fuel industry expansion. Fossil fuel expansion will inevitably lead to more intense climate and air pollution impacts, resulting in massive economic instability and degraded health for workers and communities. The need to halt exploitation is not only rooted in economics, it is necessary for the respect, protection and fulfillment of universally recognized environmental human rights.

2. A science-based, declining cap on oil and gas sector emissions. The oil and gas sector is Canada’s biggest emitter and could get worse if production expands. Despite plentiful carrots in the form of subsidies and tax breaks, the sector has yet to show concrete progress in taming emissions and will only invest at the scale needed if a robust regulatory stick creates the right incentives.

Against the backdrop of #COP27, how can affluent nations like Canada change humanity’s destructive course and assume global leadership in building an inclusive, climate-safe global economy? asks @sabaaahmadkhan @DavidSuzukiFDN #SharmElSheikh

Canada also needs to continue and strengthen its pollution pricing scheme, ensuring the price is applied fairly across economic sectors and provinces to create a powerful, economy-wide incentive for emissions reductions. The federal government should recycle revenues from pollution pricing in a way that addresses affordability and equity, while helping families and businesses transition from fossil fuels to renewable electricity.

3. Windfall fossil fuel profits tax. To address the stark social and economic injustice entrenched in the profitability of oil and gas at a time of rising energy poverty for households and communities, Canada should align with European Union countries that have imposed a windfall tax on these unprecedented fossil fuel revenues. The UN secretary general has repeatedly emphasized the moral, social, economic and environmental imperative of taking such action against blatant profiteering during a worldwide energy crisis.

4. Adaptation and loss and damage strategy. Canada needs a comprehensive, proactive, people- and planet-centred strategy to foster community resilience in adapting to climate change and to avert, minimize and compensate for loss and damage. Domestic actions, policies, laws and regulations should be designed to help safeguard the global human population and the interconnectedness of natural and urban ecosystems.

With loss and damage of livelihoods, land, biodiversity and cultural heritage projected to reduce global economic output by US$23 trillion in 2050, historically high-emitting countries like Canada must assume their international responsibility to financially support vulnerable countries. Rising sea levels and intense climate disasters will have profound legal impacts worldwide, affecting statehood, maritime territory, global peace and human security. Canada is among the best-positioned technologically and financially to play a leadership role in the global climate crisis response.

As the only G7 country that hasn’t reduced its carbon emissions since ratifying the Paris Agreement, Canada needs to take an ambitious leap forward at COP27. With an expanse of effective, affordable and available climate solutions waiting to be implemented, there’s no better opportunity to change course.

Sabaa Khan is the climate director for the David Suzuki Foundation and an expert in international law.