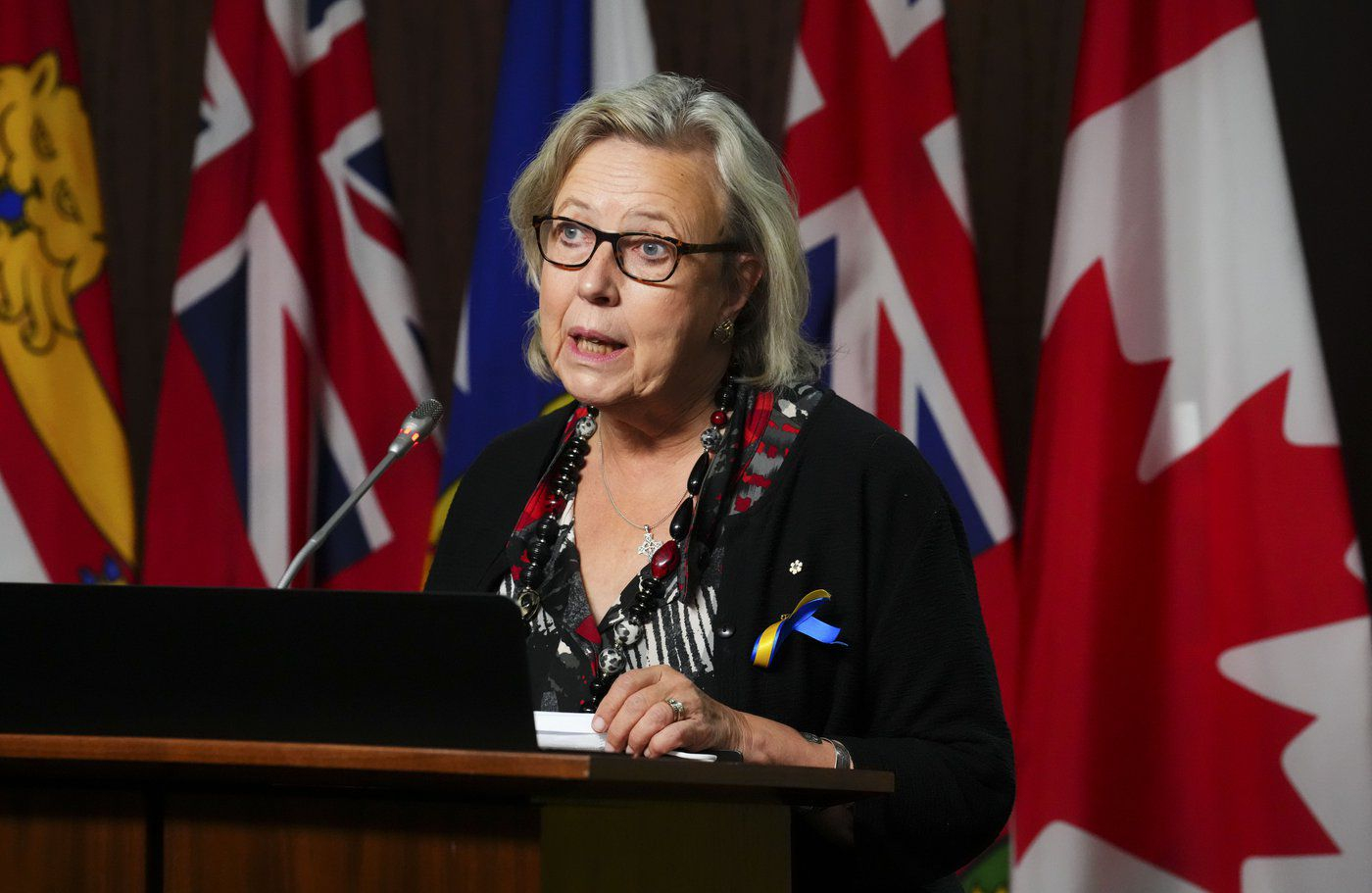 Candidates vying to helm the federal Green party offered their visions for its future and their explanations for its disarray during a leadership debate Wednesday night.

Outside perceptions of the party's internal conflicts and dire fundraising situation hung heavy over the event, which was held on Zoom and attracted an audience of fewer than 500 people.

All six candidates pledged to repair the party's structures and its image, and each spoke to an urgent need for serious environmental policy that "walks the walk."

But they were at odds about how to go about it.

Elizabeth May, the longtime member of Parliament who is running on a joint ticket with human rights researcher Jonathan Pedneault, argued that she left the party in excellent shape when she resigned the leadership in 2019.

May said she can hit the ground running if they are elected.

"The longer we go on without a leader who’s in Parliament, we do become less relevant," she said. "And we need to be relevant immediately."

Another pair who intend to become co-leaders should one of them win, Anna Keenan and Chad Walcott, hail from the non-profit sector and argue that the party desperately needs new leadership.

"We need to show that we're able to stand on our own two feet," said Walcott. To elect May, Keenan heavily implied, would tell "a story of a party going backward or sideways."

She added: "If we are elected into the leadership of this party, we will very quickly be leaders in Parliament. Just watch us."

Sarah Gabrielle Baron, one of two other candidates running for the job, emphasized the importance of grassroots policy development and criticized the notion that a co-leadership model would dramatically change how the party functions.

"Two egos at the top does not magically a grassroots organization make," she said.

During a fraught discussion over how the party can fill its coffers again, with the national headquarters reportedly under threat and donors abandoning ship after a disappointing 2021 election result, Baron pointed to the elephant in the room.

"Greens need to work on fun-raising as well as fundraising," she said. "Our morale is really low."

Simon Gnocchini-Messier, another independent candidate who pitched the Greens as forming part of a social democratic coalition in Parliament, pushed back on what he called "the narrative of mainstream media that we're in constant internal strife."

He said that members have collectively turned the page on the mistakes of the past few years.

"We are moving on, and my fellow leadership candidates all want to move forward to creating strong party unity and preparing ourselves for the next federal election."

Annamie Paul, who was elected as May's successor in 2020, quit late last year after the party's worst election result in decades, citing racism and misogyny levied against her behind the scenes.

Most of the candidates pledged to implement better anti-racism and harassment policies within the party, with Keenan saying that "there were errors on both sides."

May said there was a "mismatch" between Paul's talents and "what a Green party leader should be," but said she wants to see an investigation into the allegations of wrongdoing.

More recent infighting led to the resignations of the party's president and several other members of its leadership committee. After their departures, the party decided to truncate its leadership election process.

Instead of an initial plan to hold two rounds of voting, only one will take place, beginning this Saturday and culminating in the announcement of a new leader on Nov. 19.

This report by The Canadian Press was first published Nov. 9, 2022.

The National Observer reprinting from the Canadian Press? Not to mention the article says basically nothing.