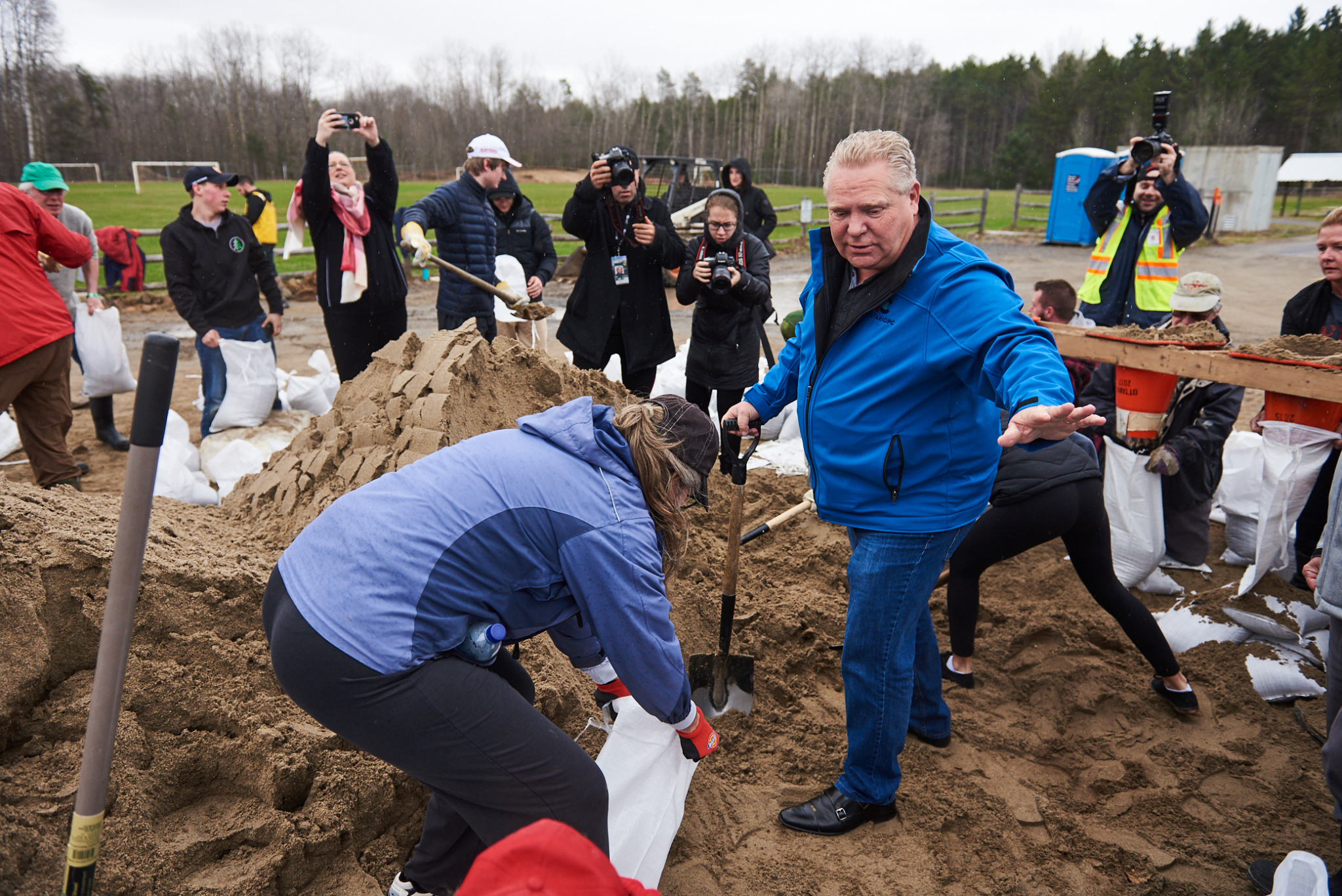 When Doug Ford’s Progressive Conservatives recently introduced sweeping legislation to tackle Ontario’s housing crisis, they took yet another swing at environmental protections along the way. The bill — which includes measures such as reducing developer fees and overriding municipal zoning laws — will also limit the jurisdiction of Ontario’s 36 conservation authorities, which protect residents from floods and manage large tracts of important wetlands and forests.

In the era of climate change, cutting conservation authorities out of the development process hinders climate progress and could spell disaster for residents living in flood zones. Development of conservation lands — particularly wetlands — disrupts the natural flood protection services they provide. It also puts residents living on them in the direct path of future flooding. It’s estimated that three-quarters of Ontario’s historic wetlands have already been developed, and as climate change-exacerbated flooding becomes more frequent, those that remain provide crucial buffers to communities from the rising waters. We only have to look to the November 2021 floods in B.C. to learn what may await communities that are built on floodplains: devastation.

Conservation authorities in Ontario collectively own some 150,000 hectares of land, and with pressures coming from a housing-deprived public, Ford is eyeing these forests and wetlands as potential new subdivisions complete with white picket fences. He’s looking in the wrong direction.

Evidence clearly shows land is not a limiting factor for housing — it’s what’s built on it. And local governments are building mostly one thing: sprawling suburbs full of single-family homes. Concentrating developments within city limits in dense, transit-friendly communities can allow cities to meet housing demands without paving over the natural spaces around them and locking in further sprawling, car-centric development.

There’s also a benefit of green spaces that is seldom discussed: their impacts on social, mental and physical well-being. Residents who live close to green spaces have lower premature mortality, fewer mental health problems, lower rates of cardiovascular disease and lower rates of cancer. A recent survey found almost one in two young people reported feelings of anxiety and depression related to the climate crisis, and green spaces will have a strong role to play in combating the oncoming climate-exacerbated mental health epidemic.

Ford’s ill-considered tradeoff between environmental protection and housing puts residents on the front lines of extreme weather events and Ontario’s once-protected green spaces at risk. And for what?

It’s hard not to question the motives of Ford, whose backers include some of Ontario’s most powerful land developers.

Ford has a history of sacrificing environmental protections for growth. Take the rampant use of special ministerial zoning orders designed to override public scrutiny and environmental assessments to clear the path for development. In all of these cases, developers stand to win while Ontario’s green spaces vanish.

Overriding environmental legislation for development may help keep the campaign donations rolling in, money that might even buy Ford a third term. But when severe weather hits, as it most certainly will, and those white picket fences are underwater, there will be only one way to look back at this — as a giant mistake.

Elon Musk’s war on the truth

Does the National Observer

Does the National Observer recommend any organizations or charities that aim to attack this?
Like Environmental Defense or Ecojustice for example.

I'd love to see more coverage on how citizens can be involved (other than voting!).

All the top conservation

All the top conservation groups like Nature Conservancy etc. keep watchful eyes on local issues and concerns that have national impact i.e. flooding (100/1000 year storms coming in swarms) Their involvement in a local issue can make Ford's hot tub ambitions boil over.

The article describes less than the tip of the iceberg. It's not just environmental safeguards and key aspects of public consultation and legal rights that are being squashed, Housing Action Plan 3.0 ignores the need for sustainable planning, will deliver less affordable housing than current efforts, and will bankrupt municipalities. The overall impact of the 175 pages of Bill and the umpteen regulatory changes posted on the Environmental Registry is more insidious and more dangerous than the use of the Notwithstanding Clause in the education debacle. See our petition at www.ontarioheadwaters.ca.