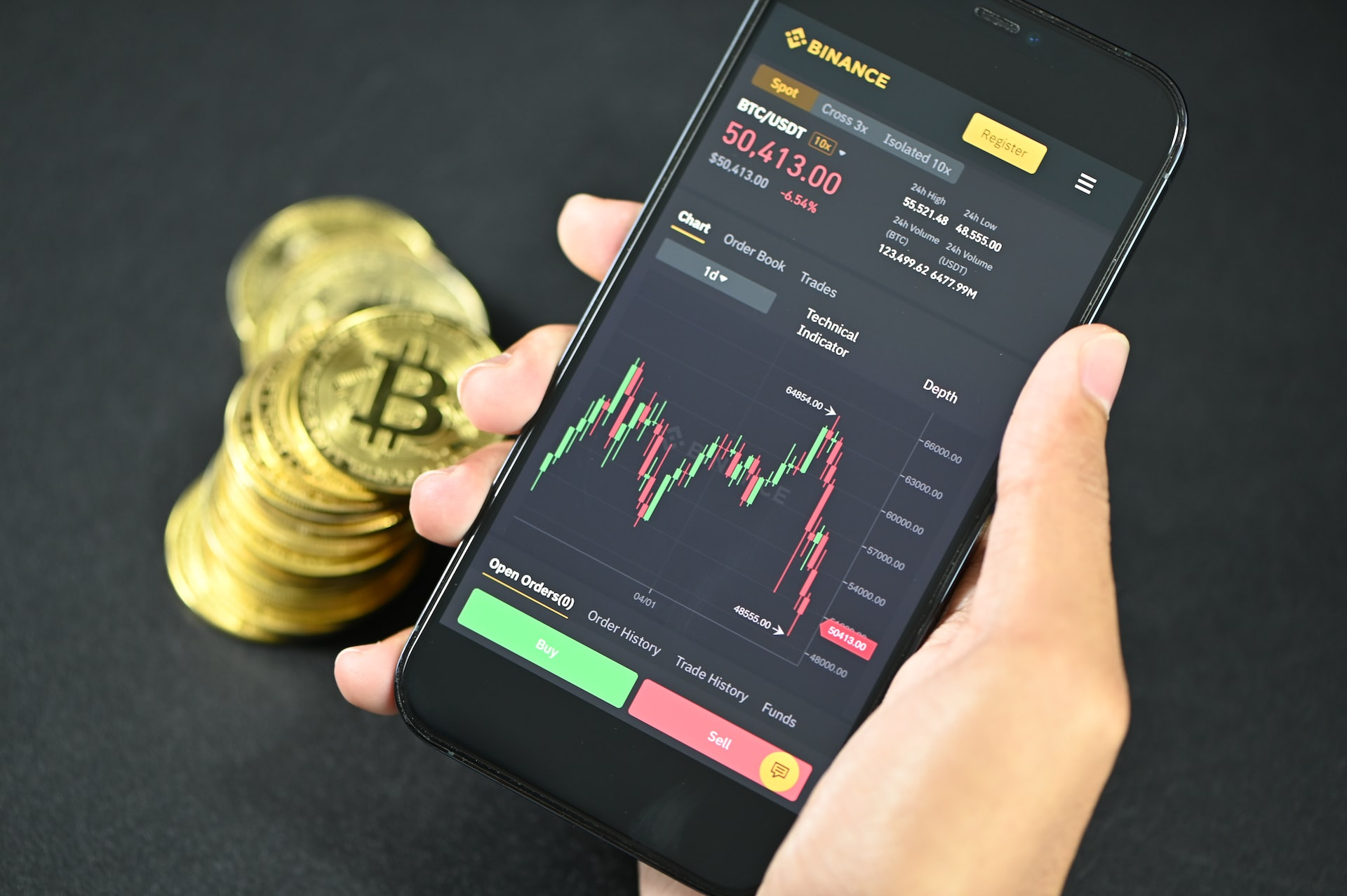 Conservatives' inability to see cryptocurrency flaws speaks to their judgment, their ability to detect bullshit, and their willingness to traffic in unproven ideas, writes columnist Max Fawcett. Photo by Photo by Kanchanara / Unsplash
Previous story
Next story

In what’s been a terrible run for cryptocurrencies, the last week was the worst one yet.

FTX, one of the biggest and most trusted cryptocurrency exchanges in the world, suddenly announced it was being bought by its biggest rival for pennies on the dollar — and then that rival refused to even pay those pennies after it became clear the legal and financial mess it would be taking on. Deposits were frozen, withdrawals were halted and FTX founder Sam Bankman-Fried went from being a multibillionaire to bankrupt in a matter of hours.

It’s hard to overstate the damage this will do to whatever remaining credibility the cryptocurrency movement has left. FTX was “once seen as a trustworthy oasis in a sketchy industry,” according to the Globe and Mail’s Tim Kiladze, and its collapse is being compared to events that precipitated the global financial crisis in 2007. As Axios’s Felix Salmon wrote, “FTX, along with its sister company Alameda Research, was ultimately brought down by the exact same thing that killed Lehman Brothers — excess leverage.”

This is obviously bad news for anyone who owns a cryptocurrency like Bitcoin, which dropped by nearly 20 per cent this week. But it’s also a problem for Canada’s crypto-curious conservative politicians, who were talking up its potential just a few months ago. Pierre Poilievre, of course, infamously suggested back in March that Canadians could use it to “opt out of inflation,” although it turns out they would have been opting into a financial catastrophe if they’d followed his advice.

But he was hardly the only conservative politician pumping crypto’s digital tires.

During an April edition of the Danielle Smith Show, hosted by the Western Standard, the future premier of Alberta suggested: “The best way to fight Ottawa is going to be embracing this emerging industry, and in particular the mining of Bitcoin. It will make us the richest jurisdiction on the planet.” Smith built on that in her May newsletter, which was published just before she announced her bid to replace Jason Kenney as the leader of the United Conservative Party, where she talked up crypto’s potential in predictably conspiratorial terms.

“If Canada is moving toward a central bank digital currency, and the WEF is championing central bank digital currencies, and if governments can use it to develop social scores (like China) to punish and reward its citizens, how can you escape the system? How can you get the equivalent of cash that can’t be centrally controlled, monitored, devalued or turned off?” she wrote. “Now you understand why so many of us are interested in Bitcoin and cryptocurrency.”

She was hardly alone there. The Government of Alberta actually made a concerted push to attract cryptocurrency investment to the province, with then-Jobs and Economy Minister Doug Schweitzer suggesting “there’s an opportunity for Alberta to play a leadership role in Canada by creating a home for these venture companies.”

In June, Bankman-Fried’s FTX announced it had acquired Bitvo, a Calgary-based exchange that was regulated in all provinces and territories, and that its Canadian expansion would be centred in Alberta. “FTX launching in Calgary will help further grow our reputation and our opportunities in technology and innovation, specifically in blockchain technology,” Schweitzer said.

Well, so much for that. FTX’s deal with Bitvo was expected to close in the third quarter, but the Calgary company’s CEO declined to comment on what the state of play is now — or whether it will be part of FTX’s collateral damage. It’s safe to assume many individual Albertans, and Canadians, are part of that as well.

According to recent data from cryptocurrency education platform CryptoManiaks, “Canada ranks as the fourth most crypto-obsessed country, with 1.7 million monthly searches.” Many of those searches were surely inspired by the way in which conservative politicians like Poilievre and Smith talked about cryptocurrency, and their effort to frame it as some sort of bulwark against progressive politics and policies.

If there’s a saving grace here it’s that government officials in the United States were able to resist the anti-regulatory pressure being applied by crypto entrepreneurs like Bankman-Fried. As Dennis Kelleher, the CEO of a D.C. lobby group called Better Markets, told the Globe and Mail’s Kiladze, “The untold story so far is the regulators kept it out of the banking system.” That means the crypto crash hasn’t spilled into the broader market or damaged the portfolios and retirements of Canadians who didn’t buy what people like Poilievre and Smith were selling.

That doesn’t excuse their attempt to sell it to them, though.

Canada’s crypto-curious conservatives have gotten conspicuously quiet, but their retreat into the metaphorical bushes can’t hide the enthusiasm they were showing just a few months ago. That they either couldn’t or wouldn’t see cryptocurrency’s flaws speaks to their judgment, their ability to detect bullshit and their willingness to traffic in unproven ideas.

In the end, those things will almost certainly cost Canadians more than whatever they might have already lost by following their advice on crypto.

If there's one thing that

If there's one thing that will disgruntle conservatives, it's losing money. Money is their entire essence and reason for being. Perhaps this will be a wake-up call to conservative politicians to stop peddling magic beans with very little knowledge of the subject, but I doubt it. Admitting failings is not their style.

I heard that the Ontario

I heard that the Ontario Teachers Pension Fund had a major investment in FTX.

Only if you consider 0.05% to be a major investment. In total dollars for the average person, yes, it was a significant amount. But percentage wise within the Fund's overall holdings, appropriate for what was clearly a high-risk investment.

Crypto was always an odd mix

Crypto was always an odd mix of grift (certainly part of the intent on any given crypto, including Bitcoin itself, was for the inventors to make out like gangbusters) and ignorant utopianism. Makes it a very good fit for alt-right politics, which is made of that same mix.
In the case of both crypto and the policy positions of alt-right politics (or rather, the designated villains of alt-right politics; they rarely have what you could really call positive policy positions except by implication from what they don't want) there is this major Dunning-Krueger effect thing happening. In alt-right politics it's obvious; these are people who have very little interest in figuring out what a good thing to do would be--that would be too much mental work, and most of them probably don't really believe there even is such a thing as policies that could actually make anything better. So instead, they pretend to themselves that everything wrong is caused by some individuals and groups of people, and if they just hate them hard enough and ideally get rid of them, everything will spontaneously become good . . . and if it doesn't, at least they got to have fun hating. And I suppose one key thing about that is, it positions the solution as something they can actually do, and do without really changing anything.

The crypto inventors are different, but in some ways oddly similar. They understand computers, and they think computers are harder to understand than anything else and so by understanding computers they essentially already understand everything else. As it happens, they are mistaken. And, they too are attracted to solutions that are something they can actually do, which in their case doesn't mean solving things with hate, it means solving them with computers. So on top of not bothering to really understand the problems they want to solve, they will tend to define those problems in terms that make them readily computer-solvable. So then they invent a solution and it doesn't do what they thought it was going to do because it's a solution to a mis-definition of a problem, in a problem-space they do not understand. Crypto is money invented by people who thought they understood money, but didn't, partly because they didn't want to understand that money has an institutional base and so just computer-clicking it into existence without such an institutional base is inherently unstable.

I do think computers can make serious contributions to helping people solve social problems. For instance, a group called Loomio have invented software that's a bit like a kind of social media, but it's intended to enable democratic, egalitarian, decentralized decision making. It was developed by people who, coming out of the Occupy movement in New Zealand, were both inspired by it and frustrated by the limitations of the ways meetings were done. But there you go--this is (open source, by the way) software developed by people who have an interest in and some understanding of the problem space they're trying to help with.

I'm not sure crypto-curious

I'm not sure crypto-curious frames their intent which, as I see it, is to stoke the "anti" flames: antigovernment; antiregulation; anti social responsibility; antiwhatever. (Kind of a shame, their inclusion of the WEF in their conspiracy theories, because it results in the potential discounting of valid WEF criticisms, in my view).

This crew will latch onto anything that has the potential to keep their base inflamed and engaged; this one just happens to be crypto.

I'm kinda surprised they haven't railed from the mountain tops about all the government-supported standards that underpin so much of our society. e.g. telecom; transport; electrical grid and everything connected to it. Heck, to be consistent, they should shake their fists at every roadway, traffic light and stop sign. Dang gov'ment!

Not to mention all the feds'

Not to mention all the feds' meddlesome investments in AB-Sask GWG-producing industries.