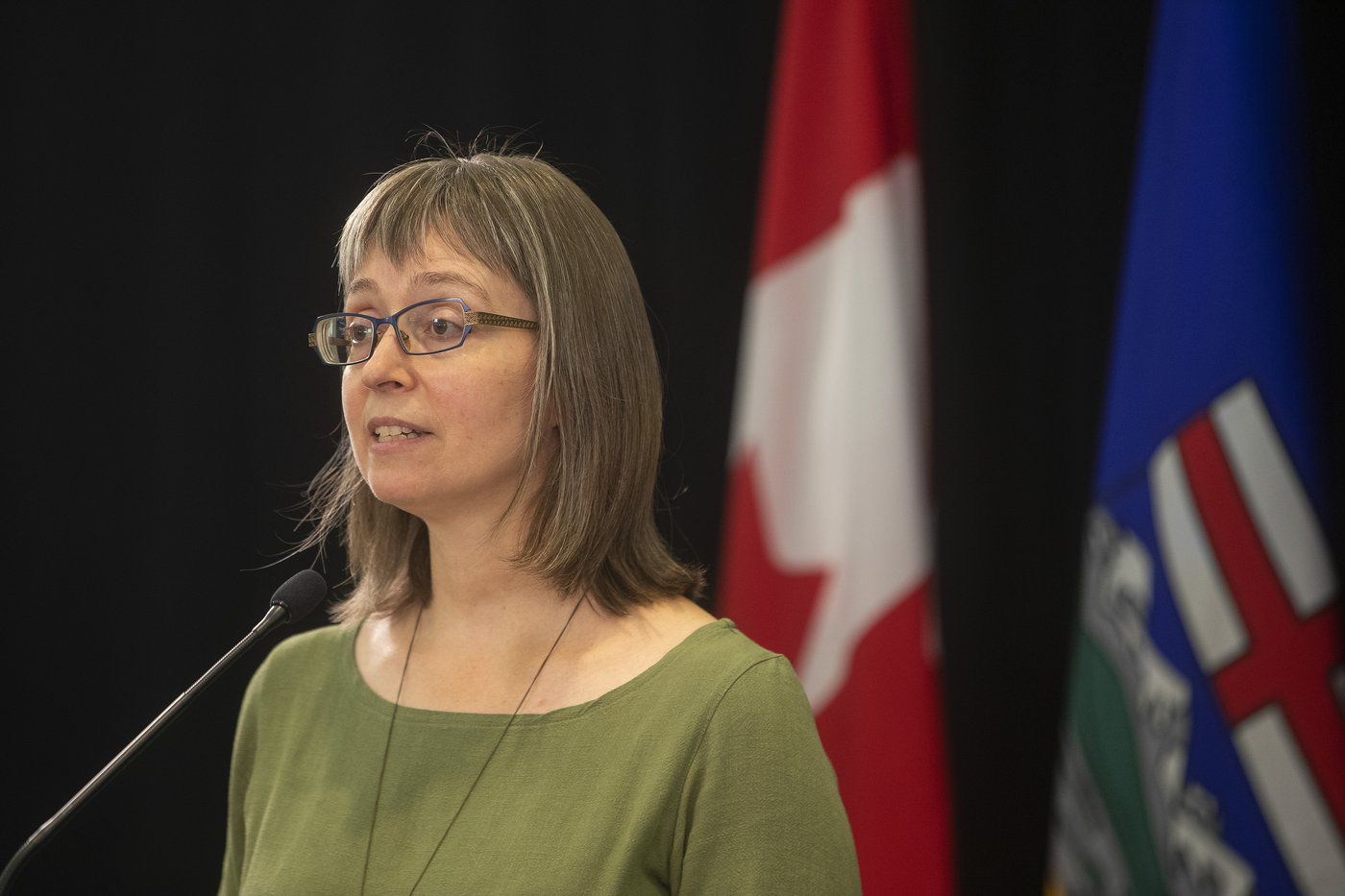 Dr. Deena Hinshaw, the chief medical officer of health who became the face of Alberta’s public health response to the COVID-19 pandemic, has been officially removed from her post.

The province announced in a statement late Monday that Hinshaw has been replaced by Dr. Mark Joffe, a senior executive member of Alberta Health Services, on an interim basis.

“Dr. Joffe has dedicated himself to improving the health of Albertans throughout his career … I look forward to working with him,” Health Minister Jason Copping said in the statement.

“I also wish to thank Dr. Deena Hinshaw for her service and dedication to Albertans through the past several years.”

The move was expected.

Premier Danielle Smith announced on her first day in office a month ago that Hinshaw would be replaced.

Smith has made it clear that she blames both Hinshaw and Alberta Health Services for failing to deliver the best advice and care for Albertans as the hospital system came close to buckling in successive waves of the COVID-19 pandemic.

"A lot of the bad decisions were made by Alberta Health Services on the basis of bad advice from the chief medical officer of health,” Smith told reporters on Oct. 22.

Hinshaw, an Alberta-trained public health specialist, became a celebrity of sorts in the first wave of the pandemic in the spring of 2020, as she delivered regular, sometimes daily, updates to Albertans on the virus, its spread and methods to contain it.

She spoke in a smooth monotone voice, mixing science with a little homespun wisdom, and was for many a reassuring face in an uncertain time.

She urged Albertans to stay safe, treat each other with respect and reminded them often: “We’re all in this together.”

Her bespectacled face was put on T-shirts. When she wore a periodic-table printed dress, sales of the garment spiked. The University of Alberta Paleontological Society even named a plesiosaur skeleton after her -- the Dr. Deeno Hinshaw.

But as COVID-19 waves continued to crash through Alberta in 2020 and 2021, pushing hospitals to the brink and forcing the province to put in restriction limits, open and close business and impose vaccine passports, Albertans turned on each other and on Hinshaw.

She was criticized for accepting an advisory role with the province's United Conservative government rather than exercising her full powers to combat the emergency.

The nadir came in the summer of 2021, when the province cancelled almost all health restrictions before any other province, promised the “best summer ever” and scoffed at suggestions COVID-19 could return and overwhelm the health system.

In the fall, COVID-19 did just that, coming within days of cratering the system and compelling then-premier Jason Kenney and Hinshaw to do a U-turn, bring back restrictions and introduce highly divisive vaccine passports.

Hinshaw and Kenney both later admitted opening up too soon was a mistake based on flawed projections.

Hinshaw, once adored, was mocked and criticized. She was lampooned in a stage production of Alberta’s pandemic response, titled “Jason Kenney’s Hot Boy Summer: the Musical.”

Protesters chanted “Lock her up!” at an anti-restriction rally. The government spent money on her security due to numerous threats.

Hinshaw has been out of the public eye for months. At a news conference earlier Monday, Smith said there would soon be a new chief medical health officer but did not mention Hinshaw.

“Danielle Smith must also commit to listening to sound scientific and medical advice, not conspiracy theorists such as Paul Alexander,” said Shepherd.

Smith said earlier this month that her medical advisory team had reached out to Alexander and she wanted to hear from him. Alexander, a medical adviser to former U.S. president Donald Trump, has a high profile in the pandemic protest movement on both sides of the border and is famous for calling the COVID-19 vaccine a “bioweapon.”

This report by The Canadian Press was first published Nov. 14, 2022.

-- With files from Colette Derworiz in Calgary