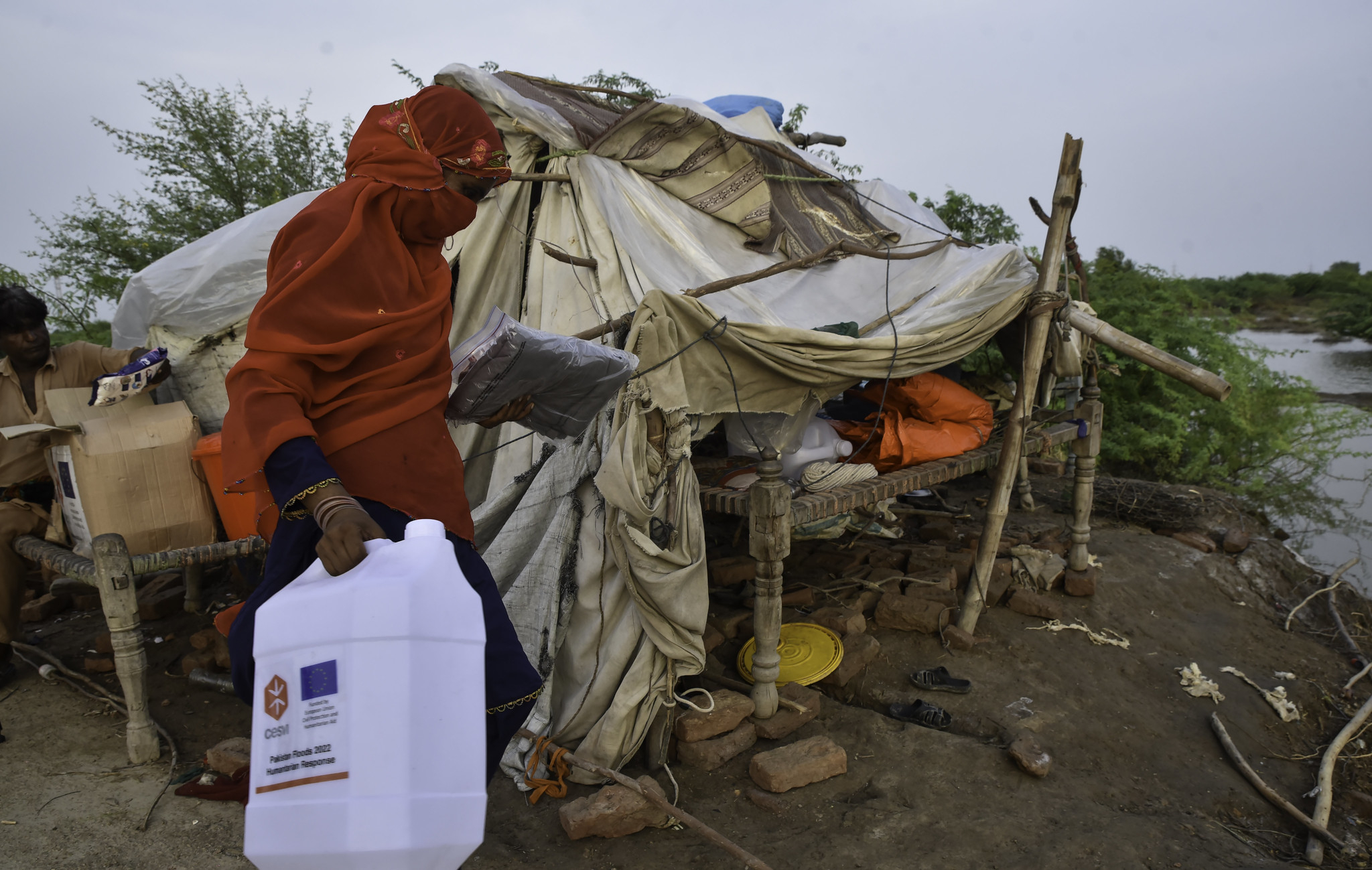 The G20 gave a nudge to officials at COP27 on the issue of compensating vulnerable nations for destruction caused by climate change, like this year's flooding in Pakistan. Photo by Abdul Majeed © European Union via Flickr (CC BY 2.0)
Previous story
Next story

COP27, the United Nations’ climate conference, is in the home stretch in Egypt, and countries are well behind the curve on reaching an agreement that outlines their collective climate action. But with G20 leaders having just wrapped up their own meeting in Indonesia, there is hope the political signal they sent may help negotiators find common ground.

The declaration from the G20 summit acknowledges the G20 meeting comes at a “time of climate and energy crises, compounded by geopolitical challenges.” The wide-ranging statement condemns the threat of nuclear weapons, applauds diplomatic efforts related to food security and underscores the group's commitment to tackling climate change.

Specifically, the statement reaffirms the 20 rich countries’ pledge to hold global warming to 1.5 C and strengthen their 2030 emission-reduction targets. It also encourages them to “make progress on loss and damage at COP27” — the issue of compensating vulnerable nations for destruction caused by climate change — and says the countries are committed to phasing out “inefficient fossil fuel subsidies.”

“It is vitally important that the G20 was able to agree on the fact we need to keep 1.5 C on the table … that's extremely helpful,” Environment and Climate Change Minister Steven Guilbeault told Canada’s National Observer. “The fact that the G20 signals that we need to find a way forward on loss and damage is also significant.

“As you know, we signalled months before this conference we wanted to talk about loss and damage here, and obviously it’s the beginning of a conversation — we won't solve it here — but I think that it is an important signal as well,” he said.

Abreu said that at COP27, tense negotiations in recent days made it appear that commitments to holding global warming to 1.5 C and phase down coal were at risk. So the G20 statement “actually sends a pretty strong signal to this process,” she said.

“There’s this battle being waged over the last week and half of COP27 — like a narrative battle — around what is the future of the global economy,” she said. “In one corner, the fossil fuel industries and major producers saying, ‘Well, the future is to continue expanding production,’ and on the other hand, many countries and clean energy companies saying, ‘No, the future is about expanding renewable energy and clean technology, and figuring out how to do our economic systems differently.’

“And so hearing from the G20 that yes, despite this year of geopolitical tumult and volatile gas markets, we are still committed to being on track to this transition, I think, is quite powerful,” she said.

But at this stage in the climate negotiations, it’s “quite unusual” to be so far behind on a decision, she said. Abreu explained that COP27 host Egypt didn’t start consultations on the major agreement until late in the process.

Countries are well behind on reaching an agreement at COP27 that outlines their collective climate action, but the G20 summit might have just nudged negotiators to find common ground. #COP27 #G20

Egypt’s ambition also appears to fall well short of other countries. Ahead of the conference, it signalled an interest in pushing for natural gas — a fossil fuel — as a bridge fuel in the energy transition, a direct contradiction of climate science as understood by the UN’s Intergovernmental Panel on Climate Change.

“The cover text negotiations are in the hands of the presidency, and nobody knows at the moment where the cover text is,” Climate Action Network Canada’s international climate diplomacy manager Eddy Pérez told Canada's National Observer Wednesday.

Thursday morning a draft text labeled a "non-paper," underscoring it's far from a finished deal, was published by Egypt.

Pérez said the lack of transparency about the draft agreement created uncertainty. Typically, the agreement to come out of a COP spells out what the countries can agree on, and represents the progress made that year while setting the tone and direction for future negotiations.

Usually, countries would have seen a draft cover text by Monday. It’s “very unusual” to have a delay this long, both Pérez and Abreu said.

One of the most significant suggestions under consideration this year is India’s proposal that the agreement references the need to phase down all fossil fuels. Last year, India took heat at the end of COP26 for watering down language on coal, having it changed from a pledge to “phase out” coal to “phase down.”

“The phase-down text actually put India in a difficult spot at the end of the COP, and you know what, I think there are elements related to equity and feasibility that they wanted to raise and they were not able to do it at the end of the day so they felt cornered,” said Pérez. India uses a tremendous amount of coal power to generate electricity, so committing to phase it out is more difficult there than in Canada, he added.

“Now, from a scientific perspective it's not just coal, it's all fossil fuels,” he said. “And so at COP27, I think India is truly prepared (to say) that if we're talking about one fossil fuel, we might also talk about all the others, and it would be really unjust not to do so.”

Pérez said if a reference to phasing down fossil fuels is in the cover text, that would have clear implications for Canada, given the country is still planning to increase its oil and gas production. He said Canada has been able to transition away from coal, but the transition must go further to be aligned with climate science.

“What India might want to say to Canada is, 'You see how you cornered us at COP26? We might do the same to you at COP27,'” he said.

This story has been updated to acknowledge the COP27 draft cover text was published Thursday morning.