Why fighting climate disinformation is critical at COP27 — and beyond 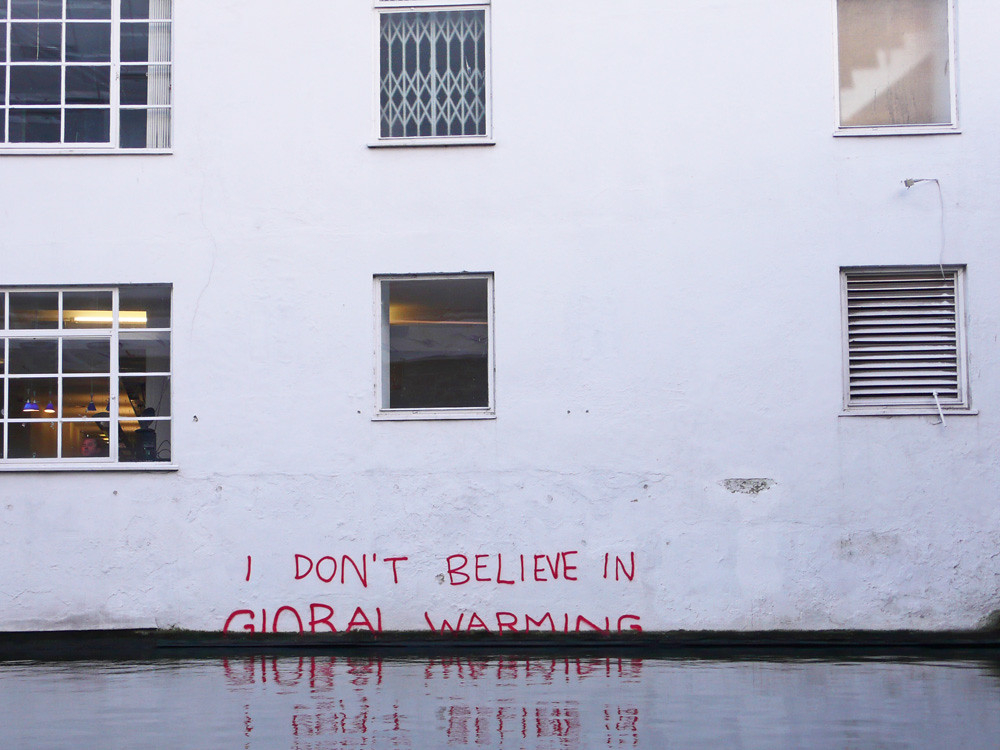 Pervasive disinformation and misinformation hinder climate policy and widespread action is needed to tackle the issue, say the authors of an open letter published this week.

The Climate Action Against Disinformation coalition, made up of organizations across Europe, Australia, Africa and North America, formed at last year’s United Nations climate conference, COP26. Now, as world leaders gather at COP27 in Sharm el-Sheikh, Egypt, the group is calling on decision-makers to “acknowledge the extent of climate mis/disinformation in the global information ecosystem and formally recognize the universal definition of climate mis/disinformation.” They should also take steps to prevent false information from infiltrating the climate conference and its decisions, the group says.

In the United States, progress on renewable energy projects has been halted by climate misinformation. NPR reported on a specific case in Ohio this spring where a Facebook community page spread falsehoods against a proposed wind farm. It shared untrue information about noise from turbines causing adverse health effects while trying to convince residents the project wouldn’t reduce planet-warming greenhouse gas emissions.

At the same time, a 2021 report revealed the fossil fuel industry in the U.S. spends millions of dollars each year on Facebook ads that reach millions of people. The ads fuel propaganda without the companies that post them being held accountable, the report from Influence Map, which tracks corporate and industry association lobbying of climate policy worldwide, found. This week’s letter also addresses tech platforms, citing the need for policies and enforcement that limit the spread of false climate information.

The coalition behind the letter notes there have been some wins with tech companies. For example, Google last year said it would “prohibit ads for, and monetization of, content that contradicts well-established scientific consensus around the existence and causes of climate change.”

The stream of climate denialism fits into a trend as old as the fossil fuel industry. As journalist Geoff Dembicki details in his new book, The Petroleum Papers: Inside the Far-Right Conspiracy to Cover Up Climate Change, Canadian oil and gas companies have long known about the link between climate change and fossil fuels and have been hiding research and facts about the connection since the 1990s.

In 2019, The Tyee found the Alberta government spent $23 million pushing pro-Kinder Morgan Facebook ads about the Trans Mountain pipeline, pitting British Columbia against the rest of the country.

The coalition describes climate disinformation as content that goes against scientific evidence surrounding climate change — namely, that it’s caused by humans and that specific and urgent action is needed to address the problem as described by the Intergovernmental Panel on Climate Change (IPCC).

Anything that “misrepresents scientific data, including by omission or cherry-picking, in order to erode trust in climate science, climate-focused institutions, experts, and solutions or falsely publicizes efforts as supportive of climate goals that in fact contribute to climate warming or contravene the scientific consensus on mitigation or adaptation” also fits the bill.

Pervasive disinformation and misinformation hinder climate policy, and widespread action is needed to tackle the issue, says the Climate Action Against Disinformation coalition in an open letter published this week. #COP27

Meanwhile, hundreds of fossil fuel lobbyists, including at least a dozen from Canada, are at COP27, an uptick of 25 per cent since last year’s conference, while Indigenous communities and representatives from the Global South describe being “effectively shut out” of the conference.

‘Climate disinformation is a direct threat to climate action’

It all underscores how “climate disinformation is a direct threat to climate action,” said Jake Dubbins, co-chair of the Conscious Advertising Network and founding member of Climate Action Against Disinformation, in a statement to Canada’s National Observer.

In the spring, the IPCC called out climate misinformation for the first time in its report on climate change mitigation, noting “accurate transference of the climate science has been undermined significantly by climate change countermovements” through social media and news.

Accompanying the letter is a survey by the Climate Action Against Disinformation coalition, which found a large gap between what the public views as climate change and its causes versus scientific fact. While polling people in Australia, Brazil, India, Germany, the U.K. and the U.S., the coalition found between six and 23 per cent of respondents don’t believe in climate change or aren’t sure it’s real, while 22 to 38 per cent said humans are only partly to blame for climate change.

It also found the media has a significant responsibility to curb falsehoods about climate change.

“It is clear that climate disinformation is not an isolated issue and the media has a clear role in its spread. As the study revealed, across regions, participants who consumed news five days or more per week were more likely to believe in the misinformation statements compared to those who didn’t consume news,” reads a release from the coalition.

I wonder why even in an

I wonder why even in an article about fossil fuel/climate change disinformation we are still using the term "natural gas"? Are there any serious efforts to begin using the term "methane gas" which we know the public is concerned about but relates more to cow 'emissions'. Maybe the National Observer can lead in calling this greenhouse gas - creating fuel what it truly is, and in doing so influence peoples' perspectives and eventually their choices.