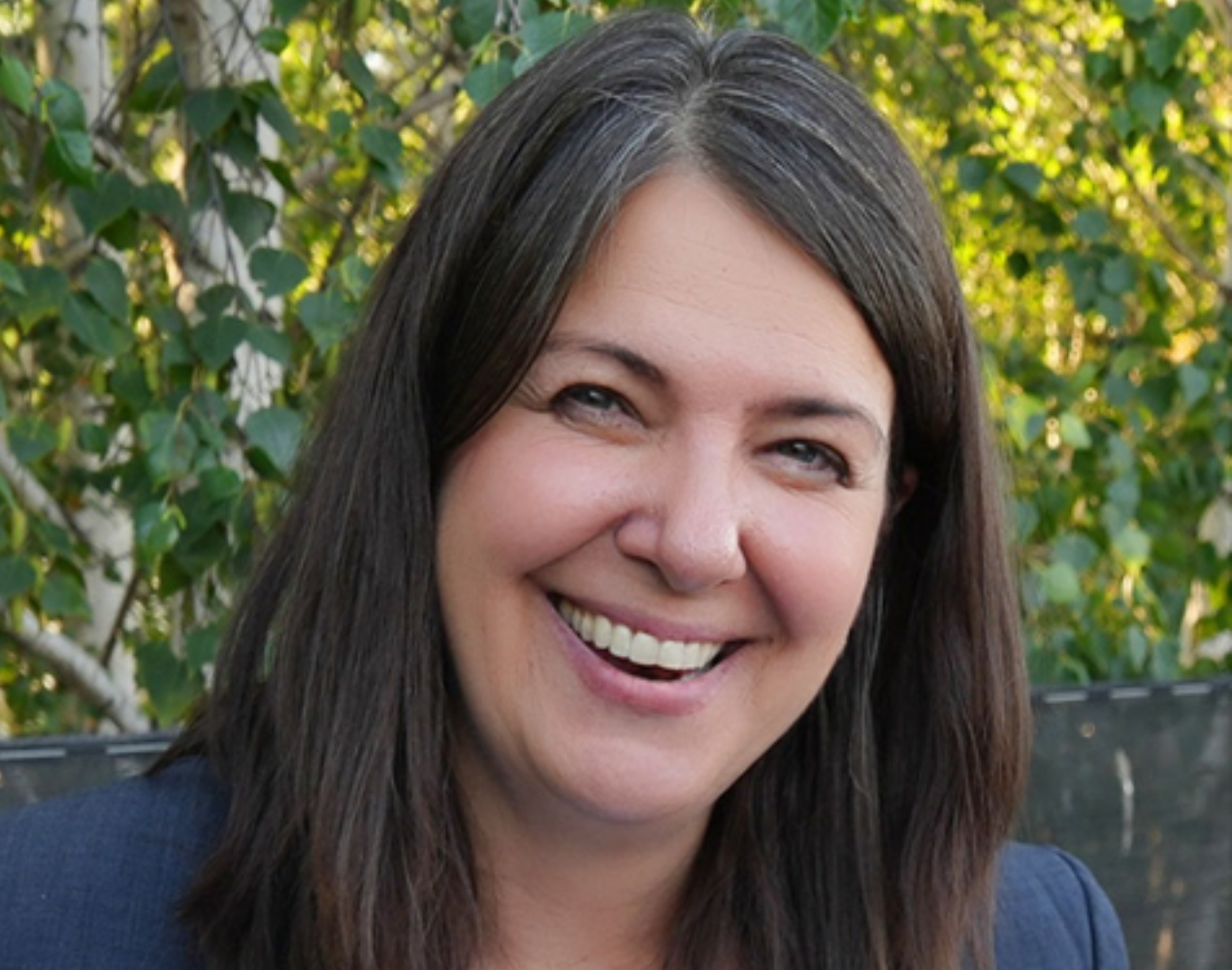 The law of holes is clear: if you find yourself in one, stop digging. But that lesson seems to be lost on Alberta Premier Danielle Smith, given her government’s apparent indifference to the depth of the political pit it finds itself in and its determination to keep working the shovel. Despite a number of polls showing her United Conservative Party trailing Rachel Notley’s NDP, she seems determined to keep pushing unpopular ideas and polarizing policies.

In fairness, Smith was never a great candidate for the sort of political pivot that has defined — and often doomed — conservative politicians in recent years. That’s especially true given the recent history of the party she now leads, which turfed its once-popular leader after he strayed too far from the ideological convictions of its base. But according to new data from Janet Brown, whose work is widely regarded as the gold standard of public opinion research in Alberta, Smith’s refusal to break with her party’s most fervent supporters could doom her with the public at large.

Brown’s research breaks the province into five categories based on their attitudes towards a series of questions and issues: the consistent left, the consistent right, the “less culturally conservative right,” the moderate middle and the swing voters. Not surprisingly, Smith does just fine with the two right-wing groupings and gets almost no support from the province’s most progressive voters. But it’s her performance among the “moderate middle” of the Alberta electorate (and yes, wisecracking readers in the rest of the country, that exists) that should be grabbing her attention.

According to Brown’s numbers, the Alberta NDP has a staggering 32-point lead in this segment, one that makes up 42 per cent of the voting public. So-called swing voters, who make up an additional 11 per cent of the electorate, are even more hostile to Smith, with 51 per cent saying they favour Notley’s NDP to just 18 per cent who will support Smith. "The reason that the UCP is not very popular right now is because they're not talking about the right issues," Brown told the CBC.

That doesn’t sound like it’s going to change any time soon. While Smith has made noises in recent days about more mainstream concerns like inflation and the cost of living, her government is about to pivot back to the very issues that got it into trouble with moderates in the first place.

Her throne speech, set for Nov. 29, will almost certainly feature the controversial Alberta Sovereignty Act, which she has promised will be the first piece of legislation her government brings forward. "That's going to be Bill 1,” Justice Minister Tyler Shandro said last week. "One of the directions I've received from the premier is for this to be constitutionally compliant and the way of confronting the federal government's repeated intrusions and stepping into provincial jurisdiction."

These sorts of constitutional theatrics are standard fare in Alberta politics these days, and Smith performs them more enthusiastically than almost anyone. But it’s the contents of the mandate letter she gave Finance Minister Travis Toews that should really raise eyebrows. In it, Smith asks him to “review and provide recommendations” regarding an Alberta Pension Plan (which would replace the Canada Pension Plan) and an Alberta Revenue Agency, ideas that have long animated far-right conservatives and almost nobody else. As University of Alberta political science professor Jared Wesley tweeted, “These firewall measures are zombie policies: governments have killed them repeatedly, hardly anyone wants them around, yet they won't stop wandering around conservative cabinet rooms.”

In the past, Smith has suggested an Alberta Pension Plan could yield billions in savings for the province, and that this money would more than cover the hundreds of millions in new costs associated with a new provincial police force or the additional bureaucracy needed to collect taxes in Alberta. But this math relies on demographics that were shaped by an oil boom — and more specifically, an oilsands mine construction boom — that no longer exists.

As a recent analysis by federal bureaucrats noted, “Duplicate administration, limited risk pooling, and greater risk on investment returns likely mean that while Albertans would have a lower contributory rate to start, over the long term, the contributory rate would likely exceed that of the CPP [Canada Pension Plan].”

More ominously, Smith has also suggested in the past that an Alberta Pension Plan could be used to shield the province’s oil and gas industry from the growing push to divest from high-carbon assets. “If the CPP starts bailing out of energy resources,” she said in 2019, “we don’t want to be in a position where our money is being used to support solar and wind or other experiments that the CPP, driven politically by a Trudeau government, might want to invest in.”

Polls show #Alberta Premier Danielle Smith is up to her neck in trouble, yet she keeps digging in deeper. @maxfawcett writes for @NatObserver. #opinion #abpoli

Never mind that the federal government cannot, by law, tell the Canada Pension Plan’s investment board (CPPIB) where or how to invest the money it stewards on behalf of all Canadians. And let’s set aside, for the moment, the fact that the CPPIB has easily outperformed its provincial counterpart, the Alberta Investment Management Corporation (AIMCo) since the latter’s creation in 2008. What’s most alarming here is the idea that Smith seems to see the pension funds of Albertans as a tool to be wielded for political or financial purposes rather than a foundational element of our shared social safety net.

It’s not clear if Smith doesn’t realize that these ideas are poison for the moderate and swing voters in Alberta she needs to court or if she simply doesn’t care. The results of the recent midterm elections in the United States, and the Republican Party’s failure to live up to its own predictions of a “red wave,” offer an obvious cautionary tale about the risks associated with straying too far from the political mainstream.

We’ll find out soon enough where that mainstream really lies in Alberta — and whether Danielle Smith can dig her way to it or not.

Max: once again your

Max: once again your commentary is dead on. You are my favourite columnist because your writing exactly mirrors my thoughts. Keep up the great work.

Is Hair Harper still a paid

Is Hair Harper still a paid advisor to the Alberta Government? These are Fire Wall Alberta policies

Maybe or maybe not, but for

Maybe or maybe not, but for the people who wrote the Firewall Policy, like Barry Cooper, Danielle Smith is the leader they've always fantasized about.

Keep bringing on the crazy

Keep bringing on the crazy stuff Danielle. The more the better.

Thank you Max for your outstanding journalism. You help me (and many others ) keep relatively sane.

The conservative idea that

The conservative idea that wind and solar are merely "experiments" speaks AGAIN to what they actually think, which is that climate change is a hoax being perpetrated on the rest of us by a nutty libtard left wing that THEY are forced to somehow tolerate. Sound familiar? We are the quintessential Hatfields and McCoys.
Oh, and the REAL reason all this green stuff is being floated is simply economic opportunism, because why else does anyone do anything?
To state that conservative adherents have an empathy deficit is understatement; it's more pathological than that in that they don't seem to grasp the essential fact of human existence expressed in "Moby Dick," that "we are all indebted for the very tongue with which we speak." Or the idea that "taxation is the price of civilization." I mean, what kind of government cuts AISH?
Remember uber-conservative Thatcher's statement that "there is no such thing as society." It's their trademark commonsense approach to how the world works, derived from a capitalist, traditional male perspective--- a game fuelled by the excitement of competition in business driven by the selfish profit motive that creates the entire context for the all-important economy, comprised of various capricious markets to keep it interesting. Much has been built based on this, but as we circle "end-stage capitalism" and in the context of climate change, obviously some change is needed, never a conservative strong point.
Their only real concession to all the tedious hordes in society who are not heroic players like them is reflected in the now infamous "trickle down" theory, with "trickle" being the key word. It's very much a value judgment.
And if it's primarily male, what's with women like Thatcher and Smith espousing it? Well, cheerleaders abound and/or the saying "if you can't beat'em join'em?" Proximal power is better than none at all? I think there's a reason women are usually put forward as political place-holders and interim leaders. It's the same reason that the increasingly lucrative video game industry, among others, eschews females. Because they're just not believable as "playas."

This couldn't have happened

This couldn't have happened in 2015, but now, here we are. If the swing voters are really leaning in that direction, that would mean 51% support for the NDP versus 41% for the UCP, IPA, and WIP combined. I think Alberta is finally forced to pay attention to provincial politics, and unlike the 2015-2019 term, the voters will have a clear idea what conservatism is really like.

Now now Max....Danielle is doing just fine. We ndp activists like her....she's a great foil for Rachel, and all of our candidates who actually have some political science under their belts.

Just let her be. You can't change crazy, and besides, given the need for a clean sweep of the slate in Alberta, who would want to waste any time trying??

Maybe they can find a post-election job for Danielle in Drumheller?
As a guide at the Royal Tyrrel Museum!