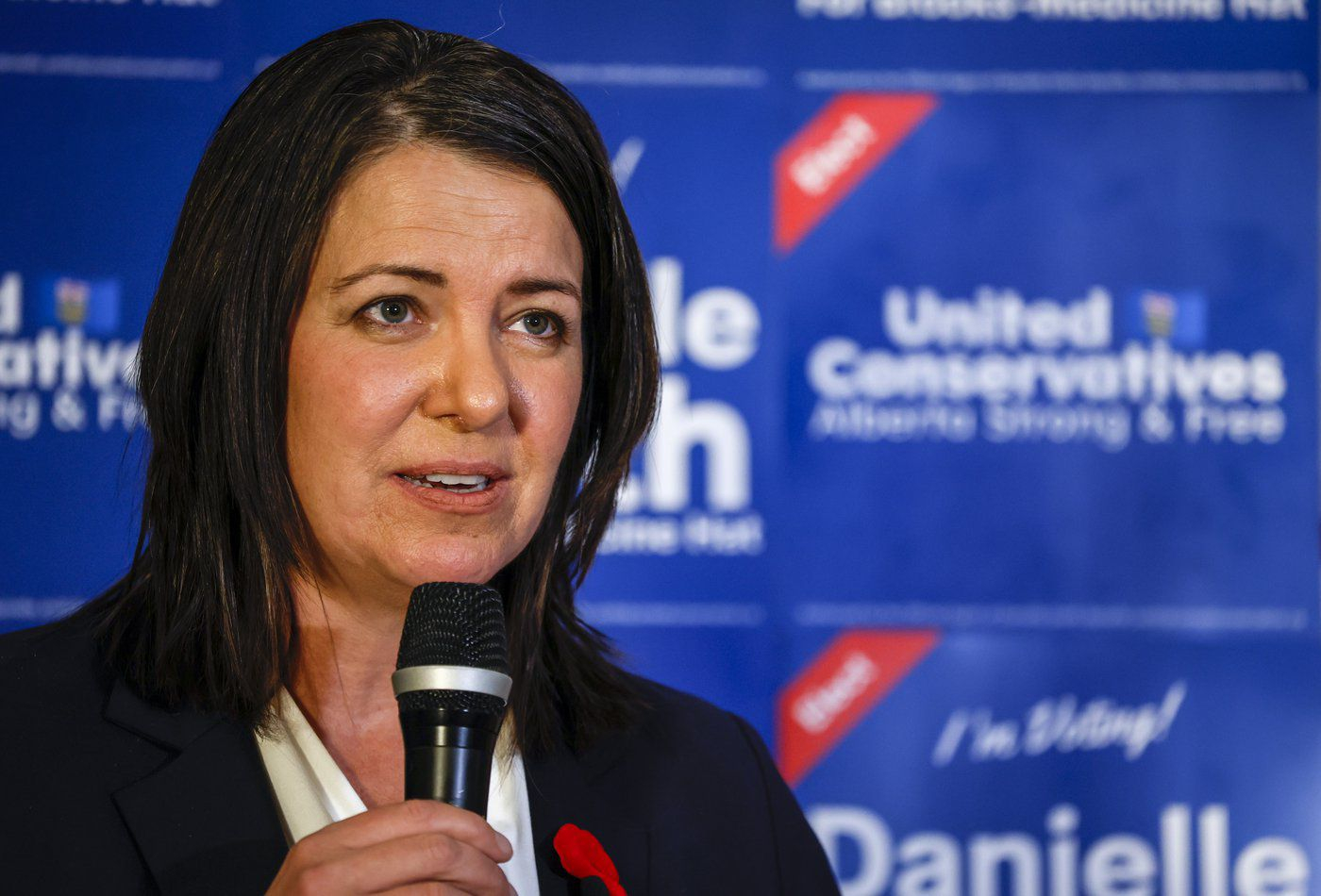 Provinces peppering the public with cash to deal with soaring prices compounds inflation rather than easing it, economists say.

They say the tactic used by Alberta this week and B.C. and Quebec earlier this year fails to quell inflation because having extra money means people will continue spending and demand for products and service will stay high, keeping decades-high inflation from budging.

If people had less money to spend while prices were high it would weigh on inflation, they say.

Inflation sat at 6.9 per cent last month down from 8.1 per cent in June.

Giving money to households is "likely to contribute to the problem as opposed to solving it," said Travis Shaw, senior vice-president of public finance at DBRS Morningstar.

"It does contradict what the Bank of Canada is trying to do with monetary policy in terms of trying to take some heat out of the system and ultimately bring down inflation," he said.

Their analysis comes a day after Alberta Premier Danielle Smith announced her Inflation Relief Act, which will dole out $600 over six months to families earning less than $180,000 for each child under the age of 18 or senior.

Smith will also index income supports to inflation, provide an additional $200 in consumer electricity bill rebates through the winter months and suspend the entire provincial fuel tax for at least the next six months.

Rounding out the $2.4 billion plan are an investment in food banks and an expansion of a public transit pass program for low-income earners.

"Too many moms and dads are having to choose between nutritious food for their children and making their rising mortgage payments. Many seniors are choosing between filling their needed prescriptions and fuel for their vehicles," Smith said during a Tuesday speech announcing the measures.

"As a province we can’t solve this inflation crisis on our own, but due to our strong fiscal position and balanced budget, we can offer substantial relief, so Albertans and their families are better able to manage through this storm."

With a plan like Smith's, Desjardins principal economist Marc Desormeaux said "there's a risk that households that receive the money simply spend it and that contributes to demand and exacerbates inflation."

Provinces that want to use household transfers, he said, should ideally make them time-limited and targeted to lower-income people, who tend to be the most impacted by inflation.

"If you keep these transfers and fee relief to the lower-income folks, there's less risk of stimulating inflation," he said.

Smith's announcement comes ahead of Alberta Finance Minister Travis Toews making a mid-year fiscal update and economic statement on Thursday and six months before the province will plunge into an election.

"These payments are going to be $100 payments for six months, which lines up pretty nicely with when the spring election will be taking place," Shaw said.

Smith is not the only premier to turn to payouts for inflation relief.

In September, then-B.C. Premier John Horgan announced roughly 85 per cent of people in the province would benefit from the government increasing the Climate Action Tax Credit payment, estimated to be worth up to $1,500 a year for a family of four.

At the same time, he said the B.C. Family Benefit, formerly known as the province’s Child Opportunity Fund, would provide increased tax-free monthly payments to about 75 per cent of B.C. families with children under 18.

The family benefit is meant to be a temporary measure spanning January to March, with the increase amounting to $58 a month for a single parent with one child.

Horgan successor David Eby announced a $100 cost-of-living credit on electricity bills last week and said the government will hand out an "affordability credit" for low- and middle-incomes residents.

Earlier in the year, Quebec Finance Minister Eric Girard used his spring budget to offer a one-time payment of $500 to every adult earning $100,000 or less.

Shaw thinks other provinces might get inspired by such moves.

He said, "I would expect that, should inflation remain persistently high, we could see additional measures at the provincial level or an extension of existing measures."

—With files from Dirk Meissner in B.C.