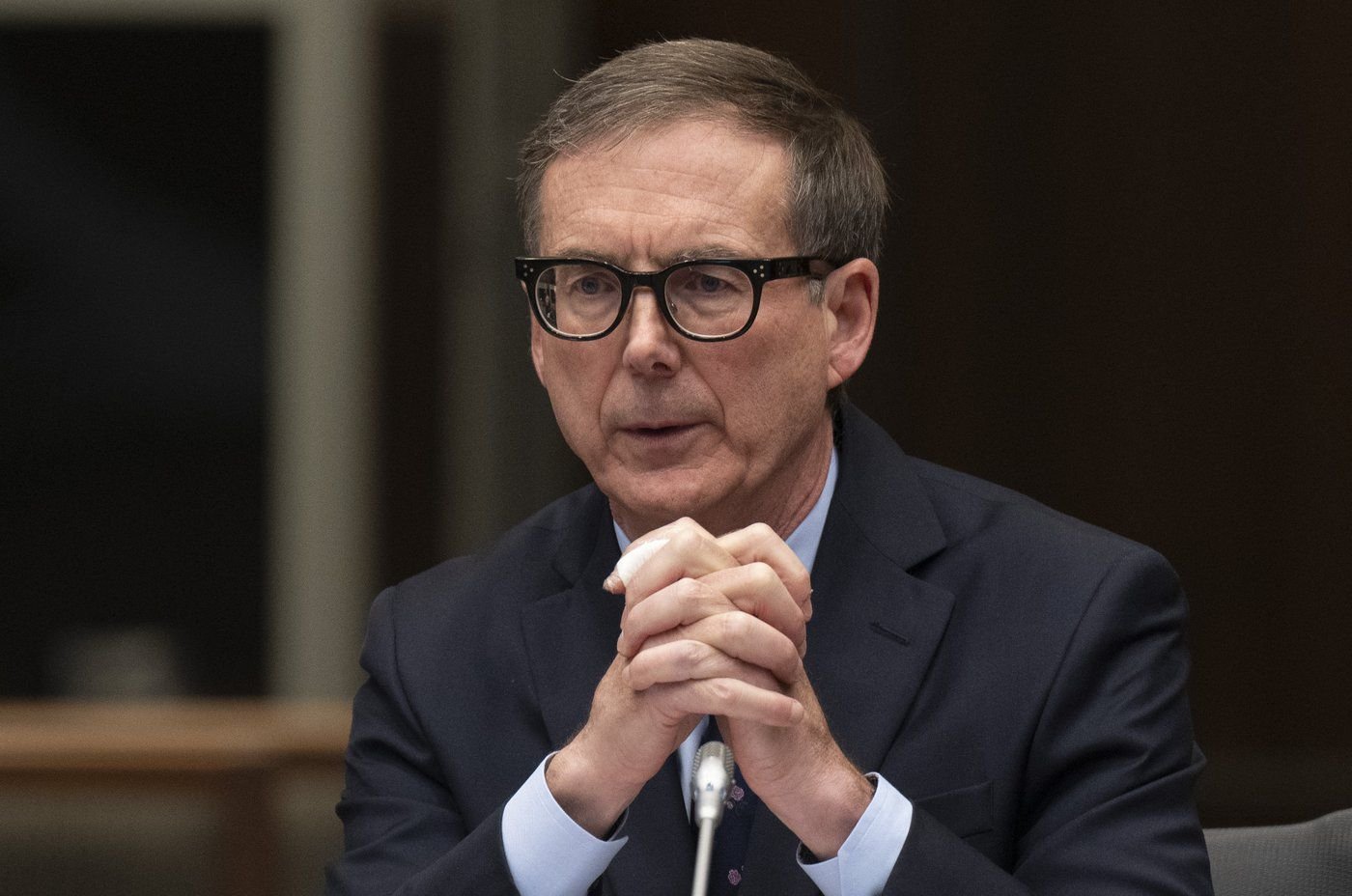 Bank of Canada Governor Tiff Macklem waits to appear before the House of Commons Finance Committee, on Wednesday, November 23, 2022 in Ottawa. Photo by The Canadian Press/Adrian Wyld
Previous story

At a House of Commons committee meeting Wednesday, Conservative MP Adam Chambers asked the governor which of two options is a better way to deliver relief without fuelling inflation: direct transfers to low-income Canadians or energy relief packages.

In response, the governor said targeted and temporary measures fuel inflation less than broad-based ones.

"Policies aimed at mitigating the effects of inflation on citizens really need to be targeted, targeted on the most vulnerable, and temporary, temporary while this is an inflation problem," Macklem said.

The federal government along with provincial governments have responded to high inflation with measures aimed at softening the blow on Canadians' finances. While some measures have been targeted to lower-income earners, others have been broad-based.

The federal government recently temporarily doubled the GST rebate, a benefit that goes to low- and modest-income Canadians.

Provinces have also delivered relief, with many opting to send cheques out more broadly.

Most recently, Alberta Premier Danielle Smith announced a slew of inflation relief measures Tuesday, which include $600 payments per child for families earning less than $180,000 a year. The same income threshold and benefit applies to seniors.

Macklem, along with senior deputy governor Carolyn Rogers, answered questions from MPs at the House of Commons standing committee on finance.

The Bank of Canada officials faced questions about the central bank's policy decisions in the face of decades-high inflation.

In October, the annual inflation rate was 6.9 per cent, down from a peak of 8.1 per cent in June.

Since March, the Bank of Canada has raised interest rates six consecutive times and is expected to announce another rate hike in December.

The central bank is aiming to cool spending in the economy by raising the cost of borrowing for Canadians and businesses.

A significant economic slowdown is expected to be on the horizon as higher interest rates work their way through the economy. However, many economists remain cautiously optimistic that even if Canada enters a recession, it will be short-lived.