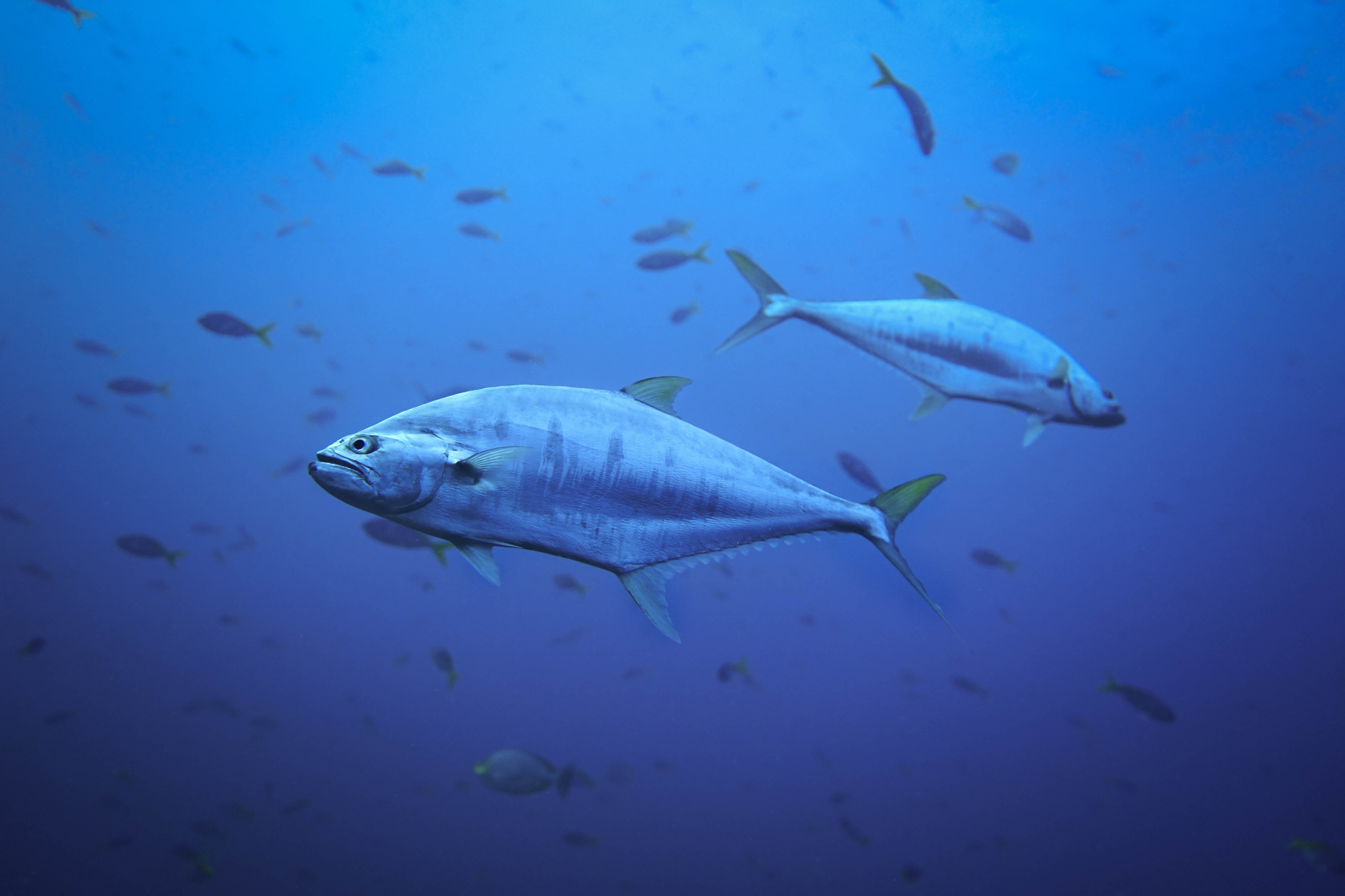 Atlantic bluefin tuna can weigh up to 500 pounds, are carnivores, and can reach lengths of 6.5 feet. Photo by James Thornton via Unsplash
Previous story
Next story

Atlantic bluefin tuna are known for being tough. They’re carnivores and can weigh up to 500 pounds and reach lengths of 6.5 feet. But like any fish, they'll bite a hook, and overfishing and illegal fishing have hurt population numbers, worrying conservationists about the fate of the species.

The International Commission for the Conservation of Atlantic Tunas (ICCAT), which is made up of the 53 countries that fish the Atlantic Ocean, held its annual meeting in Portugal this week to discuss measures to protect tuna, sharks, swordfish and other species. An internationally co-ordinated approach is important because fish move between borders, and while one country might have protections, another might not.

In 2021, ICCAT found the western population of bluefin increased nine per cent between 2017 and 2020. Although the uptick is good news, it follows years of hardship for the fish: between the 1970s and 1990s, its population was cut to one-fifth of its current size. Shannon Arnold, marine program co-ordinator for the Ecology Action Centre in Nova Scotia, said the increase is cause for "cautious optimism."

ICCAT members are looking to the new management strategy to protect the bump in numbers. Catch limits were based on science and predetermined management goals, Arnold explained. The total number of bluefin tuna Atlantic fishers are allowed to catch will stay the same as last year and will not increase for three more years under the strategy. After that, it will be reviewed again.

The alternative is countries trying to duke out the details of a fishing plan each year, which can be vastly different depending on the political climate of the countries involved, said Arnold, who called the ICCAT strategy “the gold standard of harvest control rules.” The strategy puts forward ample possibilities for both east and west Atlantic Ocean populations of the fish and, using data obtained each year, will show what the best course of action is based on the level of risk all countries have agreed to at the meeting.

“So, it's a big deal for bluefin. It doesn't exist for bluefin anywhere else in the world,” she said from Portugal.

“And it's such a high-value fishery. And, you know, it's been very controversial in the Atlantic over the years. Such a huge step.”

Arnold noted that Canada pushed for the new strategy for the fish, which turns big profits, especially in Asia, where it’s used for sushi and sashimi.

“Canada successfully advocated for policy positions anchored by the best available science and data, precautionary approaches to fisheries conservation and management, as well as the adoption and advancement of measures to confront illegal, unreported, and unregulated fishing,” the Department of Fisheries and Oceans said in a statement.

Canada also pushed for a joint inspection scheme, which would have allowed countries in ICCAT to board each other’s boats in international waters, where there are huge problems with illegal and unreported fishing. If a boat is near a country’s 200-mile nautical limit, countries have the ability to inspect it, but not outside those bounds. There are some exceptions, such as Canada’s current joint inspection agreement with Senegal.

The Atlantic bluefin tuna can weigh up to 500 pounds, are carnivores, and can reach lengths of 6.5 feet. Numbers have increased in recent years, but they've struggled due to overfishing. A new plan to protect them is promising, say conservationists.

The inspection provisions failed, but Arnold said it was good to see it put forward and hopefully lay the groundwork for future years. Also notable from Canada: new protections for sea turtles accidentally caught and protections for shortfin mako sharks in the southern Atlantic Ocean, similar to measures given to the northern population at last year’s meeting.

“It's hard to make it flashy,” Arnold said about the meetings.

“But it's like these fundamental pieces of how we manage fisheries, and how we enforce fisheries that are so fundamental in the whole system working.”

This article was updated to correct that the ICCAT assessment of western bluefin was in 2021, not in 2020.

Bluefin tuna in P.E.I. are so hungry, they no longer fear humans