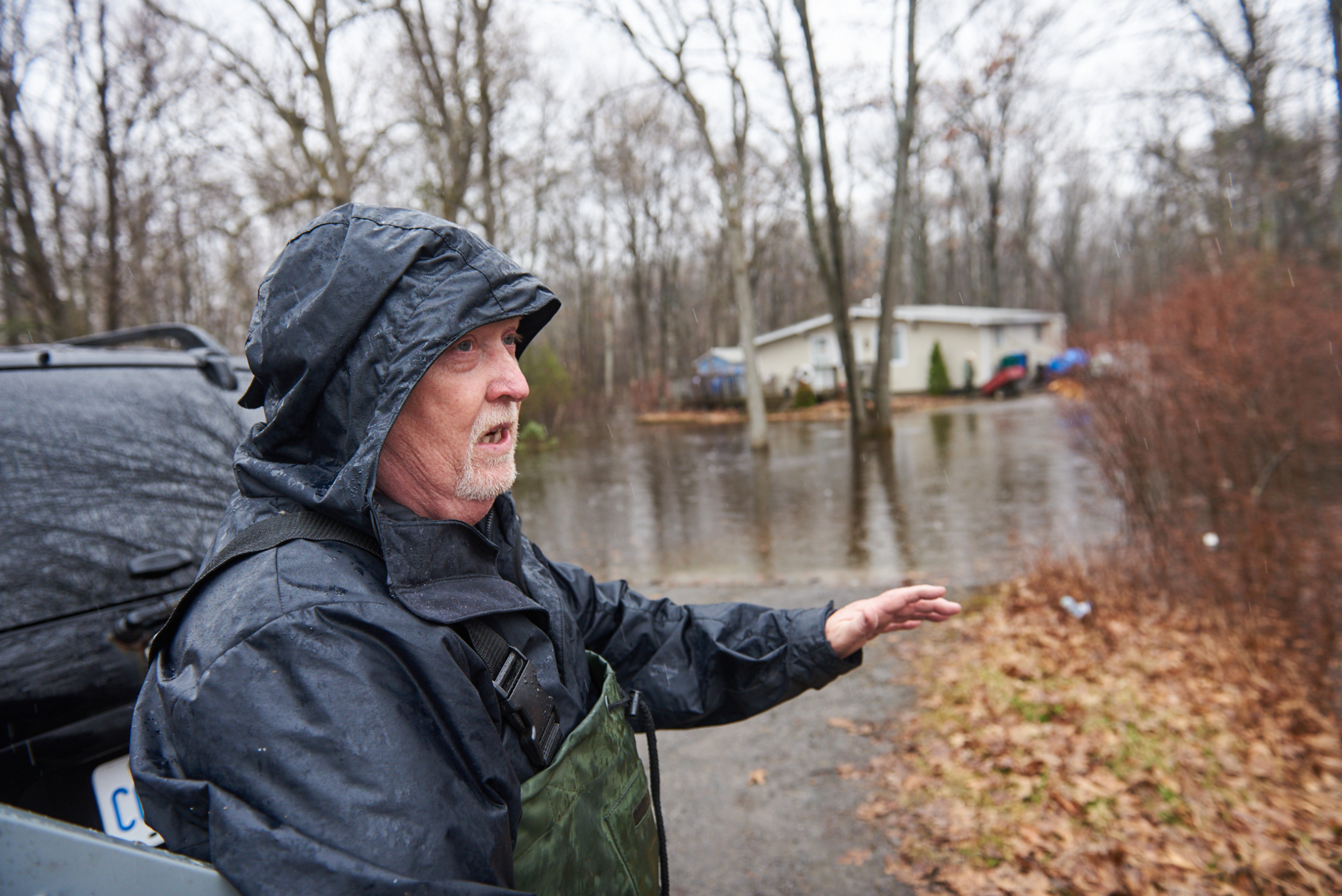 Canada’s much-anticipated roadmap to weather the impacts of climate change is out, and it includes $1.6 billion in new spending to fortify infrastructure, protect human health and predict future risks.

Coast to coast, Canadians have been touched by climate-linked disasters: From Fiona to British Columbia’s devastating floods and deadly heat wave.

Extreme weather events wreak havoc on people's lives and cause billions of dollars in damage: the adaptation strategy seeks to help us prepare for and deal with the inevitable impacts of climate change.

Of the $1.6 billion earmarked for initiatives over the next five years, $29.9 million will help expand a Health Canada program to provide guidance and resources to Canadians experiencing extreme heat, $284 million will go to reducing wildfire risk in communities and $164.2 million will help provide Canadians up-to-date flood risk maps. Flooding is Canada’s costliest hazard, with average residential costs of $2.9 billion per year, according to a report by Canada's Task Force on Flood Insurance and Relocation published in 2022.

There’s also a $489-million top-up to the Disaster Mitigation and Adaptation Fund and $530 million to expand the Federation of Canadian Municipalities’ Green Municipal Fund. Funding is also provided to carry out a Canada-wide climate assessment to help identify trends and risks associated with climate change.

One expert was pleasantly surprised by the contents of the plan.

Stewart highlighted the 2028 commitment to develop a plan to get people who have been displaced by climate disasters back into their homes or resettled more quickly.

Canada’s much-anticipated roadmap to weather the impacts of climate change is out, and it includes $1.6 billion in new spending to fortify infrastructure, protect human health and predict future risks. #NAS #cdnpoli #ClimateChange

“That's significant,” he said. Homeowners with major destruction or total loss cannot return home for an average of nearly three years, according to an analysis by the Canadian Red Cross that examined over 4,000 recovery files from insured and uninsured events.

It also aims to completely eliminate deaths due to extreme heat waves by 2040 and embed climate change into all infrastructure decisions. By 2025, the goal is for at least 60 per cent of Canadians to be aware of the climate-related disaster risks for their households. Public education goals like this one are critical, said Stewart.

NDP MP and emergency preparedness critic Richard Cannings said in an emailed statement that the strategy is “a start” but the new funding “is only about a third of what is needed.” Calling it “too little, too late,” Cannings invoked a recent report by Canada’s auditor general that found Indigenous Services Canada is spending 3.5 times more money helping First Nations communities respond to and recover from emergencies than fund infrastructure projects that would lessen the impact of disasters.

The old adage “an ounce of prevention is worth a pound of cure” rings true — Public Safety Canada says for every $1 invested in preparedness and mitigation, $6 can be saved in emergency response and recovery costs.

Above all, “it's nice to finally have a strategy,” said Ryan Ness, adaptation research director for the Canadian Climate Institute. The plan has “all the right bones,” but he would like more direct connections to be drawn between the action items and the biggest threats facing Canadians.

“It sort of immediately makes it clear that adaptation is a national priority and while maybe this strategy isn't perfect, it still is a really big step.”

Ness said the Canadian Climate Institute will publish a detailed review of the strategy in the coming weeks.

Climate Action Network Canada welcomed the plan in a press release that emphasized “adaptation action is about saving lives and dismantling colonialism.”

“We also call on the government to tackle climate denial and misinformation, which acts as a distraction from urgent action and makes us more vulnerable to climate impacts,” reads a statement from Eddy Pérez, international climate diplomacy director, in the press release.

Canada backed bid to scale back ‘unabated’ fossil fuels, but pledge never made it into the final COP27 agreement