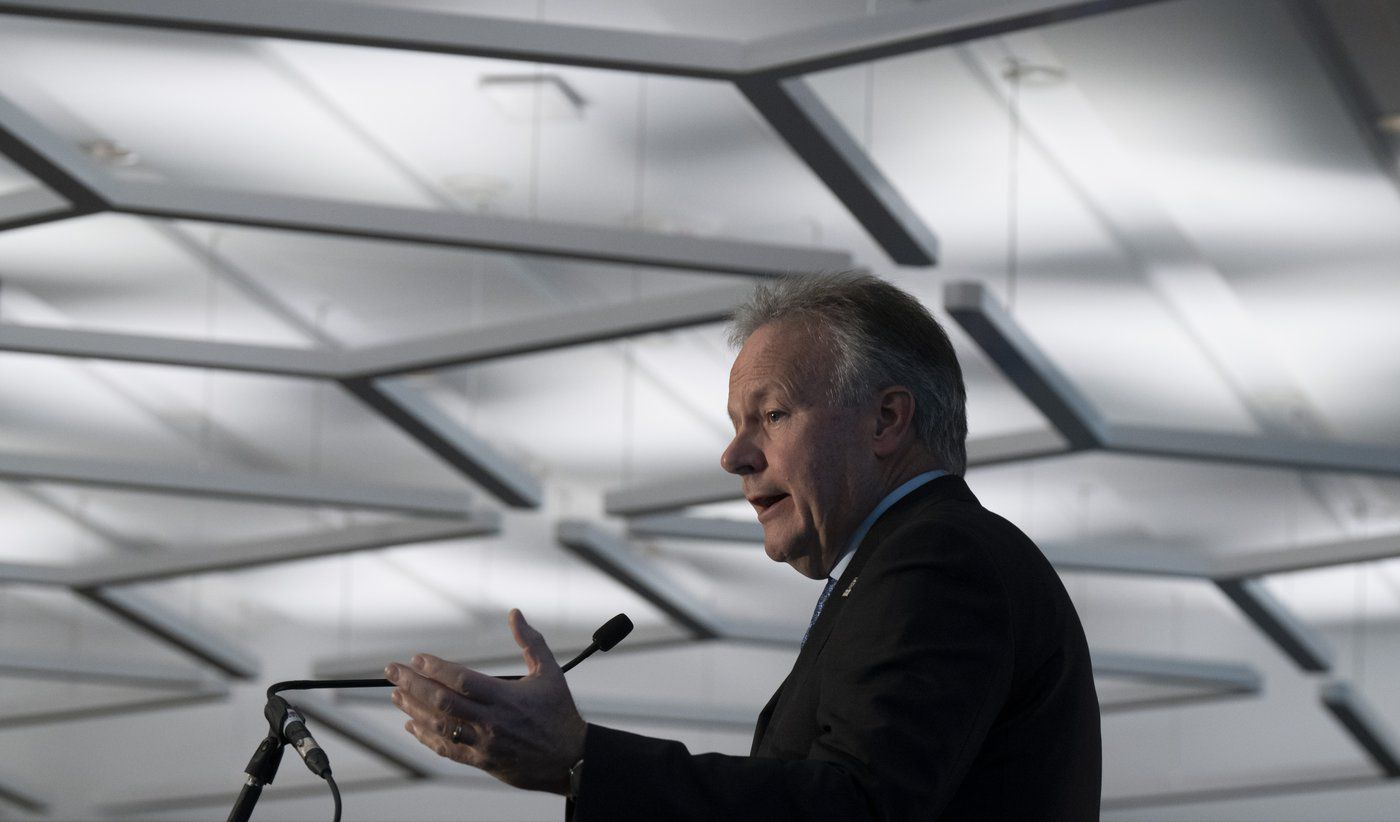 The full effects of interest rate hikes have yet to be felt — and will be "even more powerful" than many anticipate, said former Bank of Canada governor Stephen Poloz Thursday in a speech about ways Canada can chart a path toward economic growth during uncertain times.

Speaking at a conference hosted by Western University's Ivey Business School in Ottawa on Thursday, the former governor warned today’s economy is more sensitive to interest rates than it was 10 years ago.

Poloz estimates annual inflation will fall to about four per cent on its own as external factors, such as higher commodity prices, ease. Statistics Canada's most recent annual inflation rate sat at 6.9 per cent in October.

He said policy action will need to do the rest of the work to get inflation back down to the central bank's two per cent target.

"I think that the actions that are being taken to get us there will turn out to be even more powerful than a lot of people think," Poloz said, citing higher debt loads in the Canadian economy as a vulnerability.

The former governor is the chair of the Lawrence National Centre for Policy and Management, an independent think tank hosted at Ivey.

Poloz began his remarks by sharing his thoughts on the drivers of high inflation and where prices are headed. His speech also offered a set of recommendations on how Canada can improve long-term economic growth during volatile times.

He said the think tank will offer a summary of the recommendations to Finance Minister Chrystia Freeland next week.

Poloz finished his seven-year term as Bank of Canada governor a few months into the COVID-19 pandemic. Since then, the central bank has dramatically shifted gears from the extraordinary stimulus measures of 2020 to rapid monetary policy tightening.

The Bank of Canada began raising interest rates in March to clamp down on rising inflation. Since then, the central bank raised its key interest rate six consecutive times, embarking on one of the fastest monetary policy tightening cycles in its history.

Its key rate currently stands at 3.75 per cent and is expected to rise again next month.

The aggressive rate hikes are expected to slow the Canadian economy significantly. And though many economists are cautiously optimistic that the slowdown won't be severe or long-lasting, labour groups in particular have been concerned about the consequences of a potential recession.

Is the Bank of Canada overshooting with its rate hikes? "It's impossible to say," Poloz said in an interview.

Economists estimate interest rate hikes take one to two years to take full effect in the economy. That lag makes it difficult to judge whether rate hikes are too much or too little, the former governor said.

Poloz said trying to slow inflation with interest rate hikes is like trying to stop a car with bad brakes.

"It takes a long time to actually slow down and so you stand on the brake really hard. Well, then you're going to cause an accident too," he said.

Though high inflation has persisted longer than the Bank of Canada's initial projections, Poloz defended the use of the word "transitory" to describe inflation pressures, noting in his speech that international contributors to inflation such as supply chain delays are already dissipating.

"In other words, the part of inflation that is externally driven, really is transitory. It's OK to use the word transitory," he said.

However, the former central bank governor says it takes time for that development to be reflected in the annual inflation rate.

Since then, he's backed away from that characterization and has emphasized that the domestic economy is overheated and inflation won't return to target without action from the central bank.

While high inflation has come to the forefront of economic policy discussions, many economists are concerned about what Canada is — or isn't — doing to promote long-term growth.

During his speech, Poloz made the case for government policies that promote stability and clarity for businesses. The less uncertainty there is about trade policy and projects, for example, the more businesses will invest in their operations and improve their productivity, he said.

"Clarity is the obvious antidote to uncertainty."

For most Canadians full

For most Canadians full employment is vital because if they keep their jobs and receive wage hikes in line with inflation, then rising prices are usually tolerable.

Unfortunately, the main operating tool of the central bank is to forcefully depress the economy through sharp interest rate hikes. When spending falls, then more people are laid off and worried workers are unable to demand higher wages that match increases in the cost of living.

A more sensible approach would be to maintain a fully productive economy, but the central bank seems determined to proceed otherwise. Their scorched earth policy will leave a destructive trail of impoverished workers, mortgage foreclosures, business failures and increased suicides.

Then the central bank will celebrate a magnificent victory over inflation, and throw a staff party.

1. William Mitchell is Professor in Economics and Director of the Centre of Full Employment and Equity (CofFEE), University of Newcastle, NSW, Australia http://bilbo.economicoutlook.net/blog/?p=49990

"The logic is simple as it is asinine.

Inflation rising -> hike interest rates -> cause unemployment and squeeze workers and business income -> create sufficient misery that they stop spending -> eventually scorch the inflation out of the system.

The problem is that such an approach will do little to arrest the current inflationary pressures because they are endemic to the supply-side of the economy.

It is destructive to inherit a dramatically constrained supply and then aim to reduce the previously ‘normal’ level of demand back to this temporary constrained level of supply.

When the transitory inflationary factors evaporate, then you are left with a trail of destruction of insolvent firms, impoverished workers, house mortgage foreclosures, increased suicides and worse."

"Indeed, from our view, excess demand is rarely the cause of inflation. Whether it’s businesses raising profit margins or passing on costs, or it’s Wall Street speculating on commodities or houses, there are a range of sources of inflation that aren’t caused by the general state of demand and aren’t best regulated by aggregate demand policies.

Thus, if inflation is rising because large corporations have decided to use their pricing power to increase profit margins at the expense of the public, reducing demand may not be the most appropriate tool."

"Governments need to subsidise the cost of food and energy for the poorest members of society, the head of the International Monetary Fund (IMF) has told the BBC."

"The government can subsidize self-sufficiency initiatives and diversification in the agro-industry, promote local short food channels and support the transition away from oil. It can substantially increase the minimum wage, adjust old age pensions and transfers to people living in poverty..It is time to put forward interventions that really help those affected by the rising cost of living."

"if gas prices are going to be high in the long term, governments at all levels should think about how to make it easier and cheaper to get around without needing fossil fuels. This is a more targeted and equitable way of reducing demand for a high priced good than the central bank model of reducing the money supply"

"corporations are taking advantage of current conditions to raise prices, both to increase their profits and to lower workers’ real wages..traditional attempts to contain inflation through monetary policy will hurt workers but not their employers or the tiny group that sits at the top of the economic pyramid."

Typically biased, albeit in unstated ways, policy choices inevitably support some interests over – even against – others. Thus, for example, an anti-inflation policy emphasis favours financial asset owners.

Politicians like the notion of central bank independence. It enables them to conveniently blame central banks for inflation and other ills – even “sleeping at the wheel” – and for unpopular policy responses."