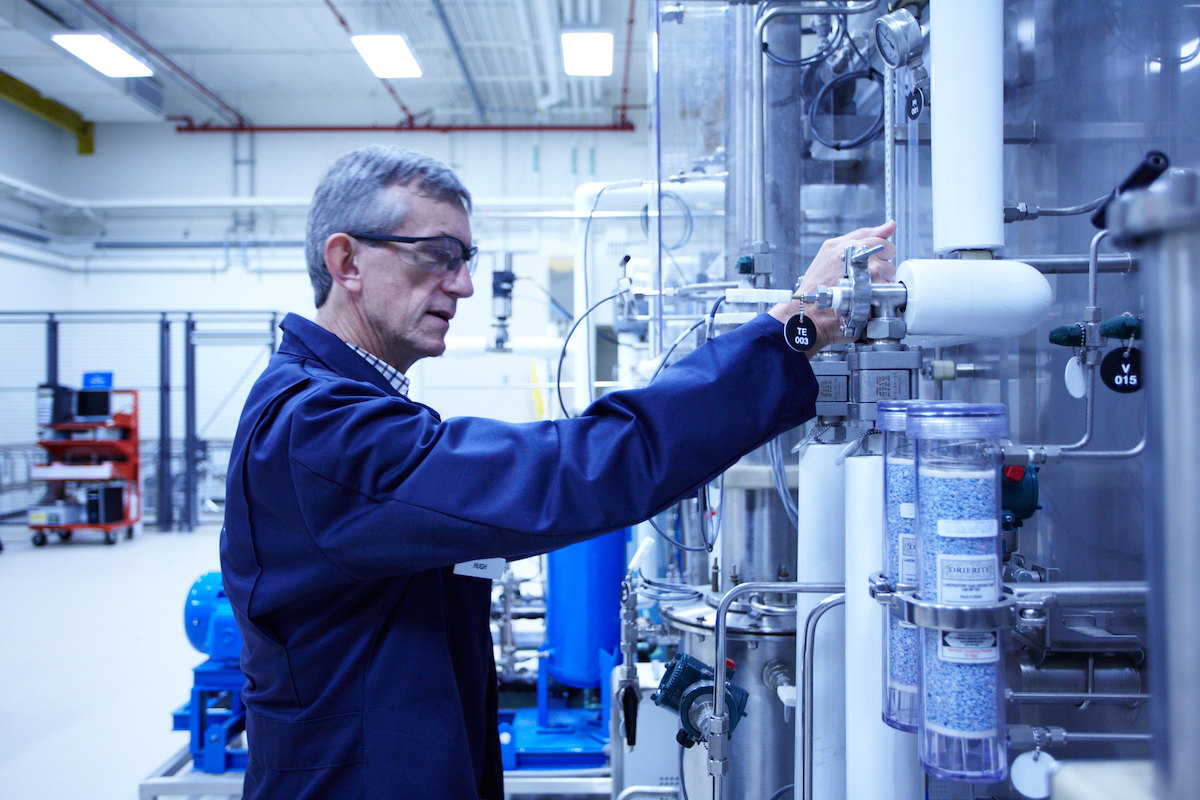 Hydrogen is increasingly seen as a fuel that could reduce greenhouse gas emissions, but experts realize any climate benefits are intrinsically tied to how the hydrogen is produced. Photo by Canadian Nuclear Laboratories / Flickr (CC BY-ND 2.0)
Previous story

A hydrogen project and an Alberta-based lithium company are the two most recent beneficiaries of federal funding aimed at helping industries with high greenhouse gas emissions cut back on pollution and develop clean technology.

The federal Net Zero Accelerator initiative will invest $300 million in Air Products Canada Ltd.’s $1.6-billion hydrogen facility, which plans to produce hydrogen using natural gas and prevent some — but not all — of its planet-warming emissions from entering the atmosphere through carbon capture technology. The Alberta government will also put up $176 million for the project, located in Edmonton.

“This investment will further position our city as a leading hydrogen production hub for Canada and North America and is part of our government's plan to ensure prosperity for generations to come,” reads a quote from Minister of Tourism, Associate Minister of Finance and Edmonton Centre MP Randy Boissonnault on Nov. 8.

In the same press release, Edmonton Mayor Amarjeet Sohi noted his appreciation for the federal and provincial funding, saying the facility “will help with our city's post-pandemic economic recovery efforts and will allow Canada to advance clean energy in the global hydrogen market.”

Environmental groups, on the other hand, are not psyched.

Hydrogen is colour-coded based on how it is produced. Blue is produced from natural gas and uses carbon capture (CCS) technology, as opposed to green hydrogen, which is made using only renewable electricity and produces no emissions. Many climate scientists and organizations say carbon capture technology is unproven at best and locks in fossil fuel infrastructure at worst.

“Fossil (or ‘blue’) hydrogen helps oil and gas companies greenwash themselves, but it’s just another fossil fuel,” Levin said. Canada’s National Observer previously reported on a meeting note prepared by Natural Resources Canada that places blue hydrogen at the centre of Canada’s hydrogen strategy and positions the oil and gas sector at the forefront of the industry’s development.

The federal government also announced $27 million for Alberta-based E3 Lithium Ltd. to help create battery-grade lithium in Canada and add to the domestic electric vehicle battery supply chain. The investment, announced Nov. 28, will support the company’s $87-million project for the construction of a demonstration plant specializing in lithium production, according to the press release.

The investment also furthers the country’s yet-to-be-announced critical minerals strategy, which will aim to position Canada at the forefront of critical mineral exploration, extraction, processing and manufacturing and establish Canada as a leading mining nation.

The feds are investing nearly $330 million into a hydrogen project that uses fossil fuels and carbon capture technology and an Alberta-based lithium company. #cdnpoli #ClimateChange #NetZeroAccelerator

A 2020 World Bank report said production of battery metals like graphite, lithium and cobalt will need to increase by almost 500 per cent by 2050 to keep pace with clean energy technologies.

‘It takes a lot of courage to be a whistleblower’

E3 is actually a rather

E3 is actually a rather interesting twist: They are extracting the lithium present in the brine in spent oil wells. No environmental destruction digging ore out of the ground. The brine, (minus the extracted lithium), is returned directly back into the well, so no alteration of volume underground. And it, in very small measure, plucks a benefit out of the destruction occasioned by the original oil well drilling.