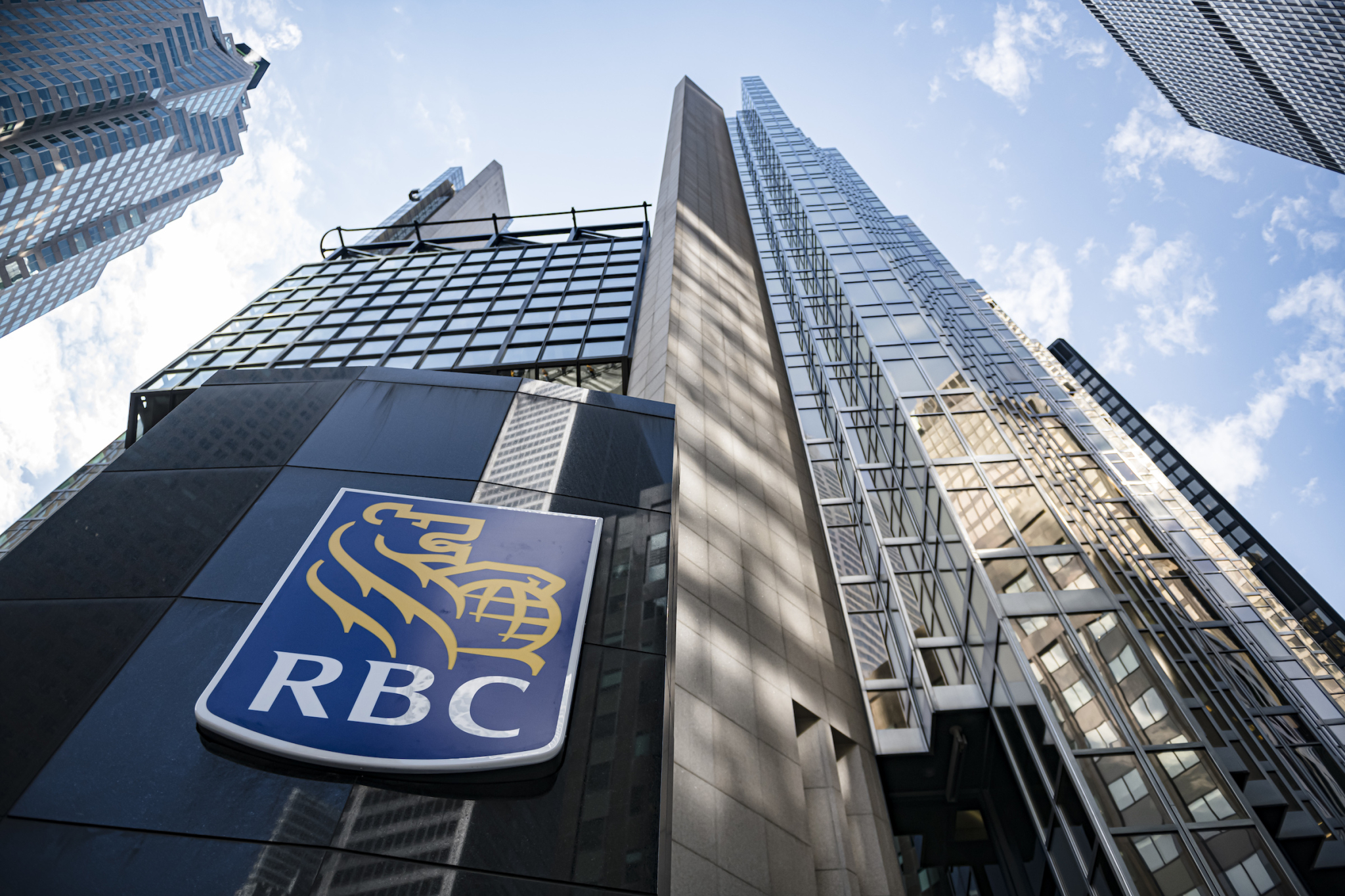 A new front in the fight against climate change is emerging as Canada’s largest bank and top fossil fuel financier, RBC, plans to buy the Canadian arm of one of Europe’s top fossil fuel-financing banks, HSBC.

The proposed deal would see RBC buy HSBC Canada, a subsidiary of the London-headquartered bank HSBC, for $13.5 billion. If the deal goes through, it would mean adding $134 billion worth of assets to RBC’s books, along with more than 130 branches in Canada and over 4,000 employees.

The planned acquisition would see two banks — both of which have faced serious accusations of greenwashing — combined. In October, Competition Bureau Canada opened an investigation into RBC for allegedly misleading Canadians about its climate performance. That same month, the United Kingdom’s Advertising Standards Authority found HSBC had misled consumers about how green it was in advertisements it put up a year ago.

These complaints are a way climate advocates fight banks. To attract consumers who care about climate change, many banks try to position themselves as environmentally conscious leaders. However, some of these same banks are also pumping billions of dollars into fossil fuel expansion, despite the overwhelming scientific consensus that fossil fuels must be phased out entirely to prevent catastrophic global warming.

According to the annual Banking on Climate Chaos report, RBC has loaned or invested more than US$201 billion into coal, oil and gas since the Paris Agreement was signed. Over that same period, HSBC financed fossil fuels to the tune of about $130 billion. Both are in the world’s top 15 fossil fuel financiers, at numbers five and 13, respectively.

An RBC investor presentation dated Nov. 29 says the bank anticipates closing the deal by late 2023, pending regulatory approval. For those opposed to the deal, that means the clock is now ticking to prevent the acquisition from taking place.

Ultimately, Finance Minister Chrystia Freeland will have to approve the purchase for it to go through, but both the Competition Bureau and the financial regulator the Office of the Superintendent of Financial Institutions (OFSI) will review the purchase agreement to make recommendations.

Freeland’s office did not respond to questions asked by Canada’s National Observer, and instead forwarded a statement from the Finance Department that says her “decision will be informed by all required regulatory review processes.”

The statement also notes Freeland is able to take into account anything she considers relevant, from the interest of customers to the level of competition to the confidence the public has in the banking sector. Despite the regulators having input, at its core, this is a decision made by the finance minister.

“The politicians have set up a (financial regulatory system) so it’s arm's length, but in these moments it's not, because the minister is suddenly on the hook for a major decision, and so she can impose conditions on this sale,” explained Investors for Paris Compliance director of corporate engagement Matt Price.

“Canada has a comfortable oligopoly with our banks ... so that's a straight-up reason to reject the buyout," says Matt Price with @investors4paris. #RBC #HSBC #ClimateFinance #SustainableFinance

Price said the conditions Freeland could impose could relate to competition in the banking sector or climate. On climate specifically, “Minister Freeland's been missing in action so far,” he said, adding this is “an opportunity to have her at least confront some of these issues.”

For opponents of the deal, the concerns fall broadly across two issues: competition and climate.

“Canada has a comfortable oligopoly with our banks,” said Price. “They're more profitable than their international peers, they're taking basically more money out of the economy … than is good for Canada, so that's a straight-up reason to reject the buyout.”

RBC spokesperson Andrew Block rejected the characterization of the banking sector being too concentrated as is.

“The acquisition will put more of Canada’s financial sector in Canadian hands, while ensuring that it remains a highly competitive sector, with 50 banks and hundreds of credit unions and fintechs competing to serve Canadians,” he said. “Even after the acquisition, almost 80 per cent of Canadians will continue to be served by competitors for their retail banking needs.”

Stand.earth climate finance director Richard Brooks explained that consolidating the banking sector just means banks have fewer competitors to go up against. Moreover, with less competition, banks don’t have to differentiate themselves as much as they otherwise would, he said.

“Consolidation does not help with competition, and when you are merging two climate laggards together, you're not contributing in a positive way,” he said.

Price echoed the climate concerns, saying that when competition is reduced so is innovation, which presents another problem in the race to achieving net-zero greenhouse gas emissions. RBC is “clearly the laggard” when it comes to climate change, he added, given its major role financing fossil fuel expansion. HSBC, meanwhile, “would be ranked ahead of the Canadian pack in terms of some of their fossil fuel policies,” he said.

Earlier this year, HSBC announced a “phase down” of its fossil fuel funding, along with stronger policies to cut off thermal coal, which is widely used in many of the countries where HSBC’s clients are. Both policies followed HSBC updating its energy policies in 2018 to cut out oilsands expansion projects, leading to Suncor cutting ties with the bank and then-Premier Jason Kenney calling foul.

For HSBC’s policies to get superseded by RBC represents a “step backwards,” Price said.

Whether on competition or climate grounds, the decision to approve or reject the deal will fall into the lap of Freeland.

Over 20 years ago, then-Finance Minister Paul Martin found himself in a similar situation when RBC and BMO announced plans to merge, followed by TD and Scotiabank announcing they would, too. Martin rejected the plans, saying the mega-banks would concentrate too much financial power and were therefore not in the best interest of Canadians.

“Paul Martin was no bleeding heart left-wing socialist; one could argue he's to the right of Chrystia Freeland in terms of how he ran the finance department, and he stopped those two mega-mergers,” said Brooks.

“We're just at the beginning of digging into this, exposing it, telling the full story of how this is not going to be good for Canadians,” he said. “And hopefully that… makes the finance minister pause.”

Brooks said there’s a general agreement across bank boards, civil society groups and federal politicians that there needs to be more climate-related regulation in the financial sector, and that because of this understanding the regulatory landscape is “in flux.”

“Once the regulations are settled and agreed to, and the field is known and evened out, that's when I think these types of deals should be proposed, and you can look at it through that new regulatory framework,” he said. “At the very least I think that should be a consideration for the finance minister, as well as the rest of the cabinet table.

“Maybe now's not the right time to be doing a deal, particularly with an issue that is so central to what we are supposed to be working on in our mandate, which is reducing risk when it comes to climate issues.”

Time to take on the hoarding class

On the subject of financing

On the subject of financing fossil fuels, the RBC has made a deal with the Montreal Canadiens; the logo of RBC now appears on the jersey of every players. In our neck of the woods, the HABS is an important symbol. I am outraged that the jersey of « LA SAINTE FLANELLE » should be tainted by the stain of fossil fuels. That ugly stain on the jersey must go!

I am *so* unconvinced that

I am *so* unconvinced that Mandate Letters mean anything moe than campaign promises.

Just review the past Mandate Letters, and consider how many of those mandates were fulfilled.

Including those to the Minister of Finance.

And when the feds are such

And when the feds are such lying paragons of disingenuity, what makes any of us suspect they'll come up with more regulation of banks.
Consider all the carbon bombs the federal government backstops.

Depending on how you look at

Depending on how you look at it, we either have too few banks already, or too many. Too many in the sense that zero would be a good number.