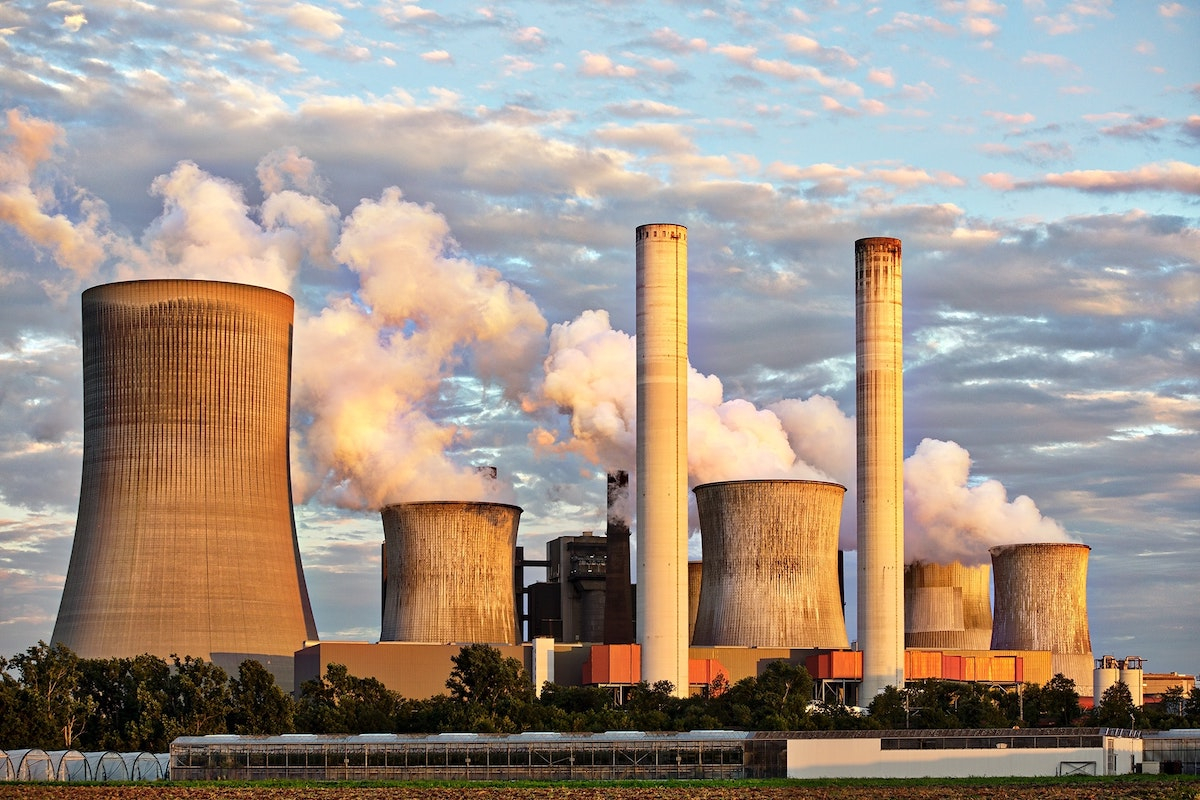 Unless actions by governments and corporations cut emissions in the here and now, a dose of skepticism is in order, writes journalist Damian Carrington. Photo by Pixabay / Pexels
Previous story
Next story

So it’s goodbye climate deniers, hello — and you’ll pardon me for being blunt here — climate bullshitters.

The impacts of the climate emergency are now so obvious, only the truly deluded still deny them. Instead, we are at the point where everyone agrees something must be done, but many are making only vague, distant promises of ineffective action. As a result, we are currently on track for a 0.5 per cent cut in global emissions from 2010 levels by 2030, when a 45 per cent drop is needed to avoid climate catastrophe.

So how to spot this greenwash? A good rule of thumb is whether the proposal actually cuts emissions, by a significant amount, and soon, and whether the proposer is in fact making the climate emergency worse elsewhere.

Let’s start at the top, with the world’s governments, which have been setting out more targets than an archery competition. The global leader is the U.K., which recently pledged a world-beating emissions cut of 78 per cent by 2035. Targets are a necessary first step, but need action to be met and the instant, universal response: “Show me the policies!”

The problem is some actual U.K. policies are pushing emissions up, not down: massive road building, a scrapped home energy efficiency program and slashed electric car incentives, new oil and gas exploration, a failure to halt airport expansions and block a new coalmine (instead, the government belatedly ordered a public inquiry).

But it is not just Boris Johnson’s government that says one thing while doing another. All are talking tough on climate, but China is building one large coal-fired power station a week, Japan remains one of the biggest financiers of overseas coal plants and Norway is developing giant new oil and gas fields.

Canada’s Prime Minister Justin Trudeau says climate change is an “existential threat,” yet the country’s emissions have actually increased since the 2015 Paris deal, thanks to its tarsands exploitation. Oh, and many nations still subsidize fossil fuels, which is like buying more cigarettes when you’re trying to quit smoking.

The world’s forests are suffering because of the same doublespeak. Indonesia, the Democratic Republic of the Congo, Peru and Colombia all pledged in 2014 to end deforestation by 2030. Yet in official carbon-cutting pledges submitted to the UN since then, none have confirmed that commitment.

Unless actions by governments and corporations cut emissions in the here and now, a dose of skepticism is in order, writes @dpcarrington. #ClimateCrisis #ClimateChange

Companies are, if anything, even better bullshitters than governments, and the fossil fuel giants are masters. Many are still exploring for new reserves, when we already have more than can ever be safely burned.

Chevron touts capturing CO2 emissions and storing them underground as a solution — one that of course enables the continued burning of its products. But its plans for carbon capture and storage cover less than one per cent of its 2019 carbon emissions. ExxonMobil wants public money to help with its carbon capture project to store 50 million tonnes of CO2 by 2030. That’s just eight per cent of the 2020 emissions its products resulted in.

Another technological fix promoted is hydrogen, in theory a clean fuel when generated using renewable energy. But its most enthusiastic backers are incumbent fossil fuel companies. Members of the global Hydrogen Council include Saudi Aramco, BP and Total, while the U.K. parliament’s hydrogen group is funded by Shell and gas network and boiler-making firms.

Why? Because hydrogen is a way for oil companies to move towards green energy without giving up fossil fuels. Pierre-Etienne Franc, co-secretary of the Hydrogen Council until 2020, explained: “It’s a way to avoid having stranded assets from the current fossil fuel-based system.”

Heating homes currently produces 14 per cent of U.K. carbon emissions and finding a green alternative is a major challenge. But hydrogen is a “very poor solution,” says one clean energy expert, Michael Liebreich, and should only be considered for heavy industry, and perhaps aviation and shipping, sectors where using electricity directly or via batteries is near impossible.

SSE is one of the U.K.’s biggest electricity suppliers and a “major partner” of the crucial UN COP26 climate summit that the U.K. is hosting. It is also the only company currently building a new gas power plant in the U.K. Then there is Drax, which receives huge subsidies for burning wood in its power station. It insists this is climate-friendly — many scientists and environmentalists disagree.

Drax proposes in future to add carbon-capture capability to its wood-burning power station, suggesting this would mean CO2 was being removed from the atmosphere, via trees and plants. But to work on the global scale some envisage, this approach would require an estimated 0.4 to 1.2 billion hectares of land — 25 to 80 per cent of the cropland that currently feeds the world. WWF and other NGOs recently walked out on the European Commission after the bloc’s “disastrous” decision to label bioenergy as sustainable.

Next up, big banks — their financing of fossil fuels was bigger in 2020 than in 2016 or 2017, after the Paris climate deal. Top of the pile is JPMorgan Chase, despite it launching a “Paris-aligned financing strategy” and “aiming to finance and facilitate” $1 trillion in green initiatives by 2030.

Barclays and BNP Paribas both became founding members of the UN-backed Net-Zero Banking Alliance last month, yet both are in the top 10 financiers of fossil fuels since 2015. Over at BlackRock, the world’s biggest investor and a company that says climate change is a “global threat,” its “Carbon Transition Readiness” fund includes Chevron, ExxonMobil and other fossil fuel giants.

Now let’s turn to carbon offsets, which many companies proffer as a way to claim future climate neutrality. An alarm bell should already be ringing when long-term climate-change skeptic Nigel Farage is getting into the offset business.

Offsets sound good in theory, but too often are fantasy accounting. Planting trees is a popular idea, but even if every possible new tree on the planet took root and started sucking up carbon, they would still be overwhelmed by fossil fuel emissions.

Shell is keen on offsets — 120 million tonnes by 2030 — while Nestlé’s goal of offsetting 13 million tonnes of CO2 a year with “nature-based solutions” would require 4.4 million hectares of land a year, according to NGO Grain — about the size of Denmark. Still, KitKats will be carbon-neutral by 2025, the company says, so that’s nice.

Even UN climate finance envoy and former Bank of England governor Mark Carney recently tripped up over offsets. He claimed that the investment company he vice-chairs was “net zero” despite investing in fossil fuels because the company also invested in renewable energy. Some called that an “accounting trick.” I call it a pile of rubbish.

Aviation companies are also prime purveyors of green guff. Ryanair boasted before the pandemic that its CO2 per passenger kilometre was the lowest in Europe, neglecting to mention that its growth in passengers meant its total emissions were rising.

London City is among the many airports claiming to be carbon-neutral — actual flights not included. And British Airways’ owner has just pledged to powering 10 per cent of its flights with sustainable aviation fuel by 2030, a date by which the world must halve emissions. Meanwhile, the U.K. is set to cut taxes on domestic flights — contrast that with France, which is banning short internal flights.

Perhaps the worst transport offender is the shipping industry. In November 2020, the International Maritime Organization, which says it is “contributing to the global fight against climate change” sealed a deal that allows emissions to increase until 2030.

I could talk next about the giant meat companies — such as the one promising to end its deforestation, but not for 14 years — or the motor or tech industries, but I think you’ve got the picture by now.

So what to make of it all? Don’t think there is no real climate action: renewable energy and electric cars are accelerating rapidly. And companies’ pledges can sometimes be impressive, for example Burger King committing to less meat and more plants in the patties it serves up.

But until every government and corporate decision has to pass the bullshit test — does it really cut carbon now — then we are kidding ourselves if we think we are treating the climate crisis like the emergency it is.

Someone could write a book

Someone could write a book about greenwashing, backsliding, creative accounting, and general planning to fail in Canada.
If there were awards for climate failure, Canada would take the hypocrisy gold.

The new denialism. Just as delusional as the old kind but more insidious. And far more dangerous.
"The New Climate Denialism: Time for an Intervention" (The Narwhal, Sep 26, 2016)
• https://thenarwhal.ca/new-climate-denialism-time-intervention

Mark Jaccard proposes a test for political parties: Are the proposed measures compulsory? Reliance on voluntarism has definitely proven to be ineffective.