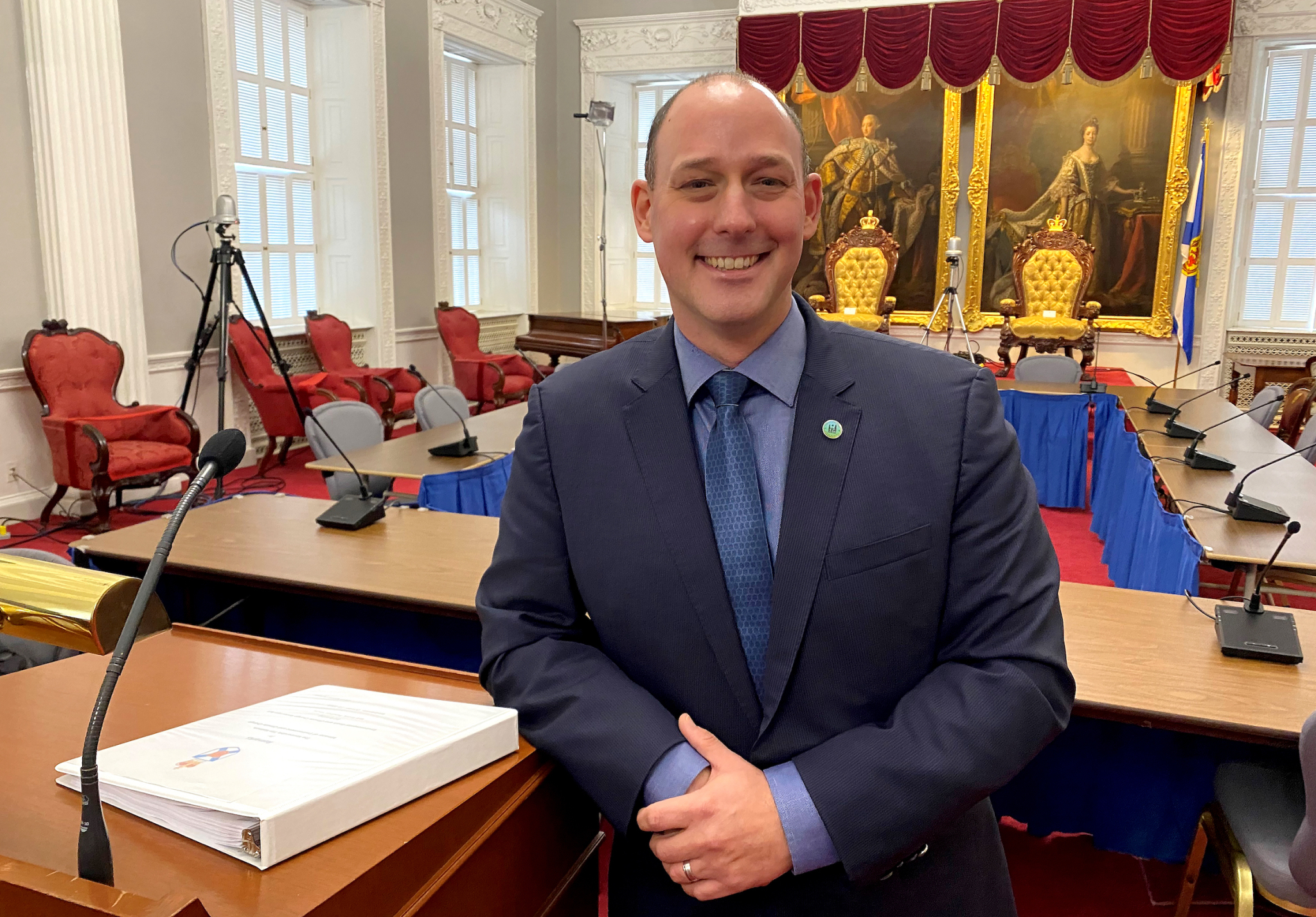 The Climate Change Plan will help Nova Scotia reach its goal of reducing greenhouse gas emissions by 53 per cent below 2005 levels by 2030 and reaching net-zero emissions by 2050, Minister of Environment and Climate Change Timothy Halman said Wednesday. Halman did not attach a specific dollar amount to the new plan.

“It's fair to say that the estimate for this is in the millions and millions of dollars that the government is prepared to spend for climate adaptation and mitigation, and to ensure the just transition,” he told reporters.

He notes money will come from the province’s Green Fund, which currently receives income from the cap-and-trade system. Halman reaffirmed the government’s plan to phase out that system as of Jan. 1, 2023, when it will then be replaced with an output-based system. That means large emitters will need to keep emissions below a certain threshold or pay.

However, the plan will only apply to two companies at first: Nova Scotia Power and cement producer Lafarge.

“We recognize that there's probably 12 or 14 other entities that will probably be a part of that, and those regulations that are being worked on and discussions are taking place with those companies,” said Halman.

The province grouped the climate plan into four categories:

Those categories are an attempt to address concerns laid out by a report released earlier in the week assessing climate risks. It found sea levels will rise if the province — and the world — continues to increase emissions. Nova Scotia would see a 4.8-degree Celsius rise in annual temperature, a 10 per cent increase in precipitation levels and higher wind speeds. The report, published Monday, notes recent storms — hurricanes Fiona and Juan — have “hit harder than ever before” and those trends are set to continue and worsen.

The plan, which spans 15 government departments, includes a goal to cut back on greenhouse gas emissions from electricity by 90 per cent by 2035. In it, the province commits to upgrade floodline mapping in the province and up data collection on high-risk areas through CLIMAtlantic, a regional climate change data services centre, which Nova Scotia is set to create in partnership with the federal government and other Atlantic provinces. It says expanding on wind power and green hydrogen are priorities but also lists renewable natural gas (still a planet-warming fossil fuel) as a sector the province is aiming to expand.

Critics say the province's approval of the Donkin coal mine last week goes against its climate targets, which the new plan is supposed to help achieve. #NSpoli #ClimateChange

In terms of energy efficiency, the province says it will help “over 20,000 low-income families reduce their energy bills and greenhouse gas emissions through the HomeWarming program” and support “2,600 jobs in Nova Scotia’s energy efficiency sector.” Paired with that is a commitment to reduce the use of oil in home heating by at least 20 per cent by 2030.

It also lists annual reporting on the progress of the plan and a complete review and renewal every five years, which Marla MacLeod of Halifax’s Ecology Action Centre said was good to see, although she stressed the province should set climate targets sooner than 2030.

Although her overall reaction is “positive,” MacLeod said the climate plan won’t accomplish much if the province continues to allow extractive industries to charge ahead at full speed. She pointed to last week’s announcement that the Donkin coal mine will be allowed to operate until 2029, a push to expand gold mining and talks of liquefied natural gas (LNG) development as evidence the province is still moving in the wrong direction.

“We need to stop doing things that are going to undermine this plan. You can't have it both ways,” she said.

In terms of the 68 climate goals, MacLeod called those actionable items she’s pleased to see, and said the plan in general paired with the progress check-ins committed to by the province provide a window to hold the government accountable.

“I do think it gives us a good opening to push for good accountability mechanisms for not hitting targets…If we're being frank, Nova Scotia, and Canada as a whole, has a long history of not hitting its target,” she said.

“So if we're not hitting our targets, I'd like to know why. And how we plan to address that. Because this is too important.”

Will Indigenous sovereignty be on the agenda at COP15?