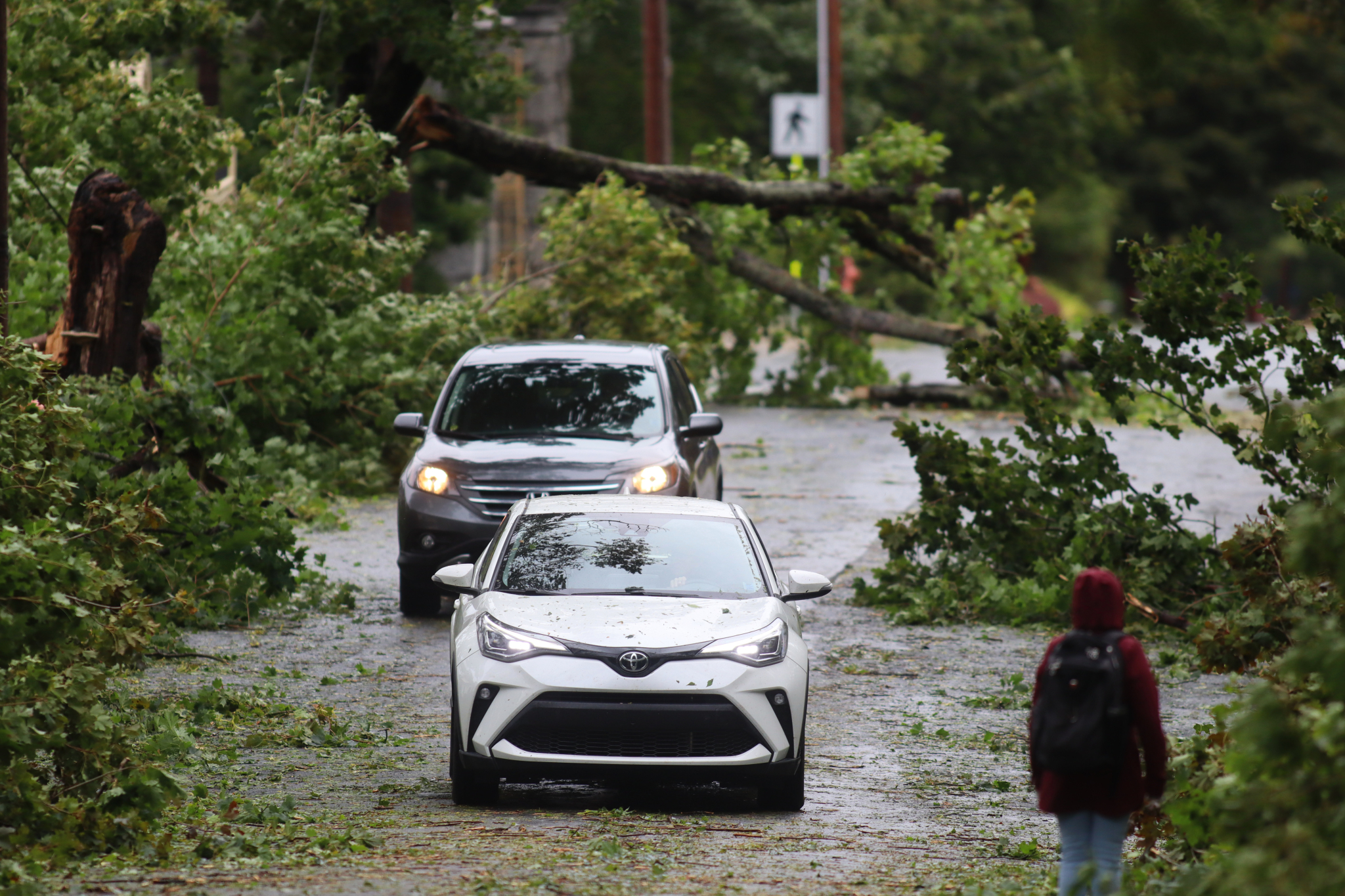 The aftermath of hurricane Fiona in Halifax. The new report says storms like Fiona are set to become more frequent and severe. Photo by Jianfu Lan
Previous story

Sea levels in Nova Scotia are set to rise up to a metre by 2100 if greenhouse gas emissions aren’t reduced “significantly,” says the province, stressing the need to cut back on planet-warming pollution.

In a new report assessing climate risks across Nova Scotia, the province says not only will sea levels rise if the province — and the world — continues to increase its emissions, but the region would see a 4.8-degree Celsius rise in annual temperature, a 10 per cent increase in precipitation levels and higher wind speeds. The report, published Monday, notes recent storms — hurricanes Fiona and Juan — have “hit harder than ever before” and those trends are set to continue and worsen.

The report sets the stage for another anticipated document, the province’s climate plan, which will be released Wednesday. Nova Scotia has previously committed to reducing greenhouse gas emissions at least 53 per cent under 2005 levels by 2030 and hitting net-zero emissions by 2050.

There are some important risks acknowledged in Monday’s report, said Will Balser, coastal adaptation co-ordinator at Ecology Action Centre in Halifax, while stressing the important next step of seeing how the province plans to address those risks.

“We have different scenarios, depending on how well we as a planet and a province temper our emissions and reduce our impacts,” said Balser.

“But how that really fits into it, we're gonna know more on Wednesday and actually see how we're going to reach those emissions targets and reduce our impacts and adapt to whatever changes may arise.”

It was good to see the province acknowledge that marginalized groups, such as Mi’kmaq and low-income people, are at greater risk of experiencing climate impacts, said Balser. Recognizing how storms will increase flooding risk was also a positive step, they added. However, the report failed to highlight the impact climate change will have on communities in a way that includes mental health and the social implications and grief that comes with climate disasters, they said.

Part of addressing climate impacts in a way that includes mental health is stepping away from the typical cycle of a disaster impacting a community and then rebuilding in an area prone to flooding or other climate impacts. Balser said some especially vulnerable coastal areas should be considering planned retreat, which so far isn’t happening in Nova Scotia. It also means bolstering mental and physical health systems and investing in affordable housing.

Balser will be looking at Wednesday’s climate plan for details on how the province will adapt existing infrastructure to withstand climate change, thoughtful planning on new building locations, improved disaster communication plans and a focus on community resilience. The importance of all those points were further stressed by hurricane Fiona, they said.

Nova Scotia's new report on climate risks sets the stage for another anticipated document — the province’s climate plan — which will be released Wednesday. #NSpoli #ClimateChange

The report also breaks down top climate concerns for the next few decades: flooding in the 2030s, wildfires in the 2050s and high temperatures affecting health and food production in the 2080s. Also, it predicts more rain and less snow as winter temperatures increase.

It notes that “using oil, coal, and natural gas to heat homes, generate electricity, and fuel vehicles” contributes to climate change and will worsen climate impacts. As of now, over half of the electricity generation in Nova Scotia comes from coal.

In a release from the province, Timothy Halman, minister of environment and climate change, said the report shows the vulnerability of the area, setting the groundwork for action. “Together, we have an opportunity to make positive change and work to protect each other and all that we value," Halman said.

“And in doing so, we need to be very clear on what we value most, and what we're preparing to protect… so I think it’s reprioritizing the framework, being that we need to put people and the environment ahead of corporate interests if we're actually wanting to deal with this in any sort of holistic or decent way.”

The unfortunate thing about

The unfortunate thing about this prediction is a. Predictions so far have been accurate and b. They happen sooner than predicted