Canada should resolve to make alcohol more expensive in 2023 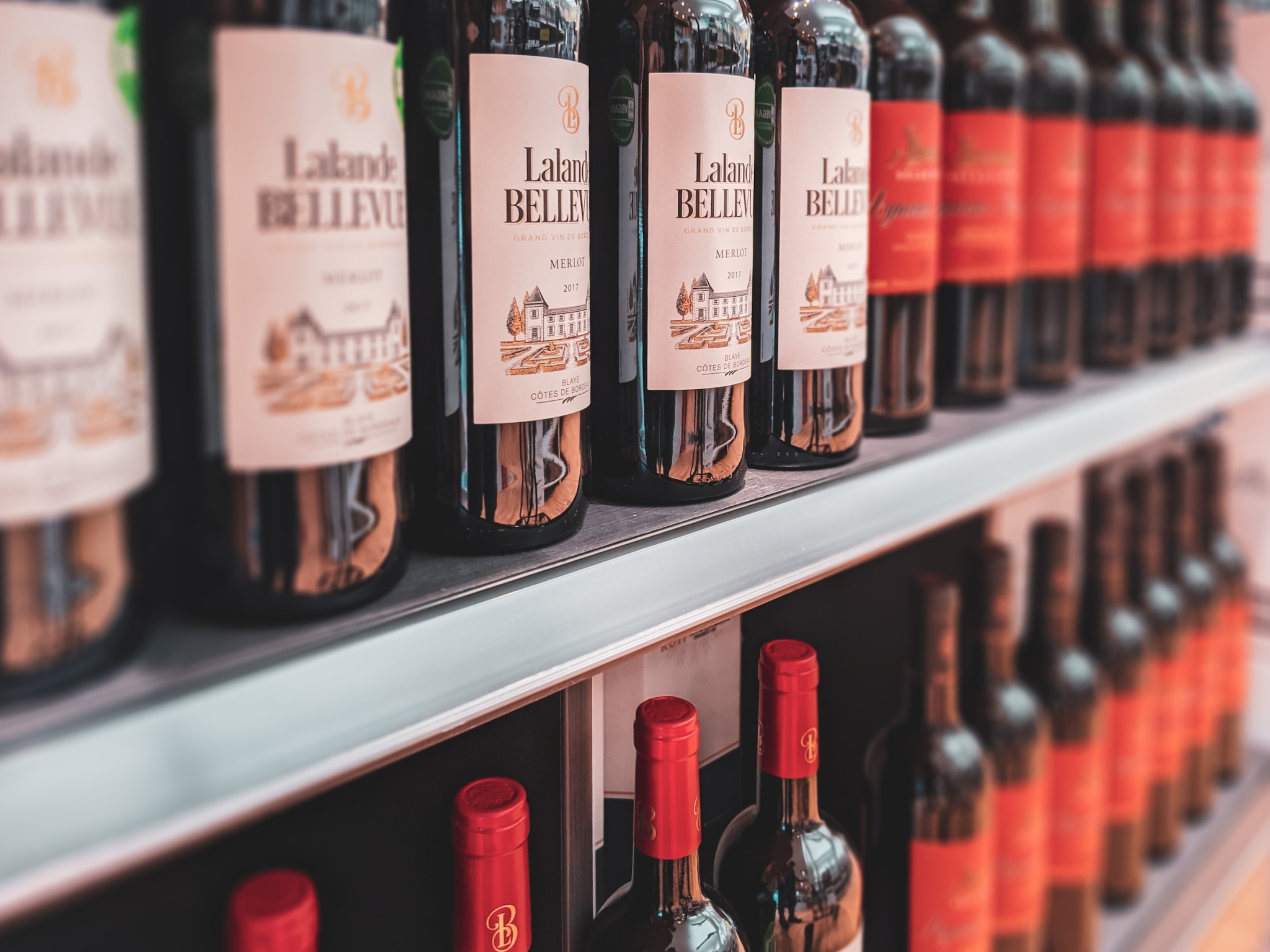 The real question is whether taxes on alcohol should be going up even more, writes Max Fawcett. Photo by Sigmund / Unsplash
Previous story

If you’re like millions of holidayed-out Canadians, you’re probably planning to cut back on your alcohol consumption this month. This is an unalloyed good given the numerous health benefits associated with reducing or eliminating the consumption of alcohol. But if you’re not among those who have resolved to cut back, fear not: the Canadian Taxpayers Federation (CTF) has your back.

The organization’s latest campaign is about ensuring Canadians can buy as much alcohol as possible with their hard-earned money. It takes aim at what the CTF calls an “undemocratic alcohol escalator tax” — in reality, the indexing of alcohol excise taxes to inflation — and portrays it as the Trudeau government’s latest unjustified addition to the cost of living.

“Even a 6.3%-tax hike downplays the total tax burden you pay every time you visit the liquor store,” CTF federal director Franco Terrazzano wrote in his Toronto Sun column. “Taxes already account for about half of the price of beer, 65% of the price of wine and more than three-quarters of the price of spirits.”

As it happens, they don’t.

In Quebec, for example, a $15 bottle of wine only has $3.51 in sales and excise taxes, which is just 23.4 per cent. Even if you include the dividend the SAQ (Quebec’s government-owned liquor retailer) pays to the government as a tax, the total is 51 per cent. This lines up with a 2021 peer-reviewed paper from the Canadian Institute for Substance Abuse Research, which tested the claim made by Canadian distillers and brewers (and, it seems, repeated by the CTF) that as much as 80 per cent of the cost of their products is taxes. “Our estimates show that the tax burden was 20% to 30%... Even if industry is including government retailer profits in their 80% taxation figure, the amounts do not match their claim.”

But quibbling over this data risks missing the forest for the trees. There’s a growing body of research that supports much higher taxes on beer, wine and liquor than we have today. Alcohol consumption rates and the death and disease they produce spiked during the pandemic, but they have been on the rise for some time. Between 2001 and 2017, alcohol-related deaths increased five per cent for men and a whopping 26 per cent for women.

As University of Victoria professor Tim Stockwell noted in 2018, data from a Health Canada-funded study showed that 15,000 deaths, 90,000 hospital admissions and 240,000 years of lost life were directly attributable to alcohol use each year. That’s not all. “Along with impacts on productivity and crime,” Stockwell wrote, “the annual economic toll of $15 billion was greater than that from either tobacco use or from cannabis, opioids and all illegal substances combined.”

There’s a widely held belief that drinking in moderation is good for your health. But an August 2022 report from the Canadian Centre on Substance Abuse and Addiction, drawing on two years of research and more than 5,000 peer-reviewed studies, suggests that notion belongs in the same category of self-serving nonsense as “light” cigarettes. It argued that two drinks per week, rather than two per day, was the maximum that could credibly be considered safe. “The risk of negative outcomes begins to increase with any consumption, and with more than two standard drinks, most individuals will have an increased risk of injuries or other problems,” the authors write in the report.

Sen. Patrick Brazeau has proposed the introduction of warning labels for alcoholic beverages to draw attention to their clear linkage to cancer. “We went through this process with tobacco companies,” Brazeau told CTV. “It’s just so that consumers know that what they’re consuming is causing cancer because the science and the research, certainly in the last decade or so, suggest that.”

Time will tell whether the bill he’s sponsored in the Senate finds enough support in the House of Commons. But regardless of its fate, the single best way to reduce that risk of injury or “other problems” — which can include everything from health impacts to violence and other social disorders — is by raising the price. We know raising excise taxes works to curb consumption because that’s exactly what happened with tobacco. As the World Health Organization notes: “Evidence shows that significantly increasing tobacco excise taxes and prices is the single most effective measure for reducing tobacco use.” It’s also the one Canada used to drive smoking rates down from half of the adult population in 1965 to just 10 per cent today.

The Canadian Taxpayers Federation is upset that taxes on alcohol are going up at the rate of inflation. The real question is whether they should be going up even more, writes columnist @maxfawcett. #Opinion #cdnpoli

This will surely rile up the “freedom” crowd, who seem to instinctively resist any attempt by the government to protect people from themselves. The Canadian Taxpayers Federation, along with the well-connected network of brewers, distillers and alcohol distributors, will scream bloody murder about any increase in alcohol excise taxes. Let them. It’s time for us to re-evaluate our relationship with alcohol and do more than just cut back for a few weeks every year. The benefits, both to our health and our communities, would far outweigh the cost of higher taxes.

Humpback whales are riding a crosscurrent of hope and concern

Pundits and economists are

Pundits and economists are forever citing the cost of living. As per usual, that equates with most people as a truly, rapacious sign of capitalism run amok. As humans we are still avoiding that dreaded other metric - the cost of dying. COD which is definitely another cost associated with predatory capitalism; i.e. small arms/ammunition makers, illegal and legal drug manufacturers, Producers of noxious,/toxic chemicals adulterating too many daily items in our lives. It becomes apparent that humanity has created a genocidal stew of lethality in which we have to live. Alcohol, that most self indulgent, slippery road to perdition, is fully deserving of punitive levels of taxation and should be joined by far too many other substances - like fossil fuels & its byproducts....
Canadian Taxpayers Federation has been on the wrong side of so many issues of human self destruction one truly has to wonder about it origins - erupting from the lowest circles of Hell?

Napoleon brought an end to

Napoleon brought an end to the "Holy Roman Empire", pointing out that it was neither Holy, nor Roman, nor an Empire. I think it worth noting that as far as can be made out (they're very secretive), the Canadian Taxpayers' Federation is neither Canadian, nor of Taxpayers, nor a Federation.

Unfortunately, this is a

Unfortunately, this is a naive and simplistic analysis of a complex issue. Higher taxation of alcohol is essentially a form of prohibition. Prohibition has never helped or solved problematic substance use. This is evidenced by the opioid poisoning crisis. Higher alcohol prices will disproportionately affect poorer folks and may force those with alcohol dependency to obtain lethal alcoholic substances. It it the rich (individual and corporate) who should have higher taxes. What is needed is universal mental health care, a guaranteed basic income and living wages.

Everything in moderation including moderation. Clearly, the affect of a substance's use at the margin should be the metric used to gauge what policies if any should be used. Between 5%-15% of the population can become addicted to just about anything, taxation is unlikely to affect their behavior (10% still smoke)