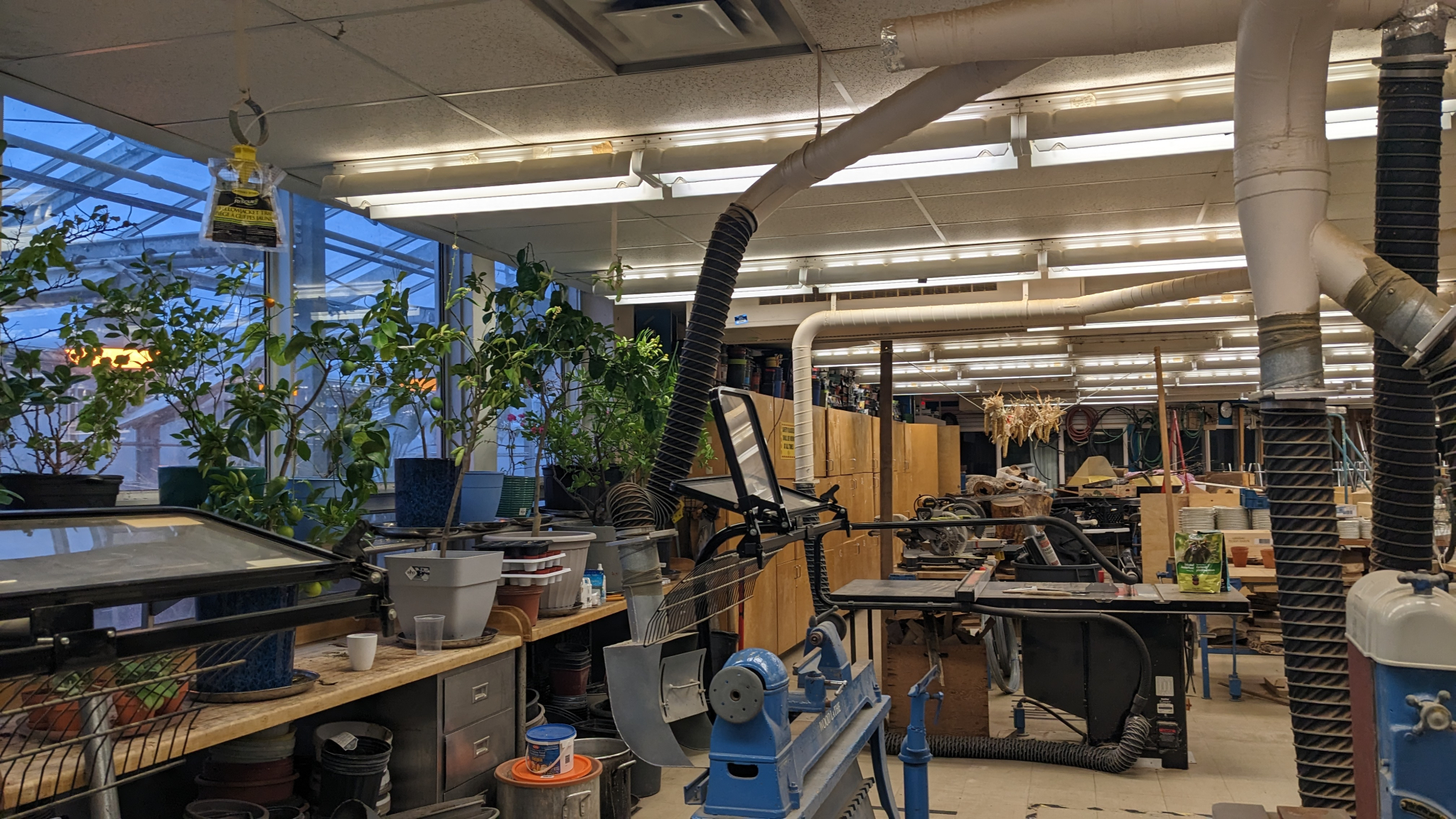 Jack Millar has loved animals, especially aquatic wildlife, since as far back as the 18-year-old can remember, so it was a natural fit for him to help manage the aquaponics facility at Don Mills Collegiate Institute.

“The whole reason I went to Don Mills was because of Mr. Kunanec’s program. When I came there for orientation and saw everything, I said to myself, ‘This is what I want to be doing,’” said Millar, who is now studying conservation biology at Trent University in Peterborough, Ont.

Millar didn’t know such a thing existed before seeing one set up in a tiny room in the back corner of the green industries classroom. He wanted to know how it worked, so teacher (and head of the department) Dan Kunanec made him an assignment out of learning and explaining it, as well as detailing how he would improve it.

Later on, Millar would show up to class to discover some of the system’s pipes had come loose and flooded the small room, or the lighting had turned off or overheated. He would have to figure out basic plumbing or circuitry to fix it himself, with his teacher’s guidance.

“I'm creating opportunities but I'm not the sage of the stage,” Kunanec said about how he runs his classroom. “I don't necessarily have the answers.

“I'm not the chemistry guy, I'm not the physics guy. I'm a design guy,” he said during a visit to the school from Canada’s National Observer. “I can get rudimentary electricity, I can get water flow… I love fish, I love plants, but I would still refer to my experts. Luckily, a lot of my experts are my high school students.”

It’s what Millar calls “the Kunanec way,” and what Kunanec himself says is about respect for the basics and old-world approaches mixed with new technology and innovative, futuristic content in a collaborative and supportive environment.

The program is a shining example of how Ontario’s high school curriculum could be used to address some of the significant real-world challenges we face, including food scarcity and insecurity, dealing with climate change and other pressing social justice issues.

The green industries program at Don Mills Collegiate Institute has grown steadily over the 20-plus years that teacher Dan Kunanec has put into the urban innovation project.

“A lot of what we do can be very heavy topics, but we try to approach it with a can-do attitude, rather than ‘woe is me’ or ‘the world's such a terrible place,’” he said. “We turn it into, ‘Hey, here's an opportunity to make things better.’”

The school usually runs four green industries courses a year (available as a Grade 11 or Grade 12 elective), and they are always maxed out at 22 students per class, meaning close to one in 10 of Don Mills' roughly 900 students goes through the program.

Kunanec says about a third of them end up in related post-secondary study, such as environmental studies, conservation or environmental design, and that he hears often from former students who switch later because what they did in high school drives their passions.

“Part of my challenge is to not put a positive spin on what's happening but to make sure they understand they can have a positive impact on this, and if that's something that they feel is calling them, let's get to it.”

Over the course of 23 years running the program at the school, Kunanec and his students have created a greenhouse, an urban farm, an outdoor kitchen, vineyards, an orchard, a Haudenosaunee mound garden and so much else.

Much of its output — the harvesting of produce, maple syrup tapped from trees on the property, trees felled for nearby city building projects turned into charcuterie boards — are sold externally, with proceeds going back to the school, or are used within the school, including in the hospitality program Kunanec also runs.

(He and his technological design students have created enough outdoor tables and chairs to seat 400 students, which are now scattered around the school grounds.)

And when the funding has not been readily available for what they want to do, Kunanec often delegates fundraising tasks to students who show an aptitude or interest in that part of the process, turning another potential challenge into a learning experience.

“We have our students involved in the grant writing, and that could be research, it could be qualitative measurements, quantitative, it could be the esthetics of what this proposal looks like, design,” he said.

The cohort that writes the grant application or completes the initial design work is often not the same one that implements the project, which Kunanec says creates a legacy aspect and continuity of purpose.

Millar, who is currently in his first year at Trent and wants to work in provincial resource management as a career, says it wouldn’t take much for more schools to offer something like what is available at Don Mills.

“You could start with a little farm in the classroom or outside and eventually expand it and see what it will grow into,” he said during a video interview. “I think it all just depends on the philosophy, and more educators really need to have that philosophy like Mr. Kunanec.

“In a climate emergency and at a time when social justice is needed more than ever, we really need to adopt this way of thinking — the Kunanec way of thinking, you could say.”

Trust is in decline. What can news organizations do to help?

Corporations are winning the inflation bump, while Canadian consumers hurt