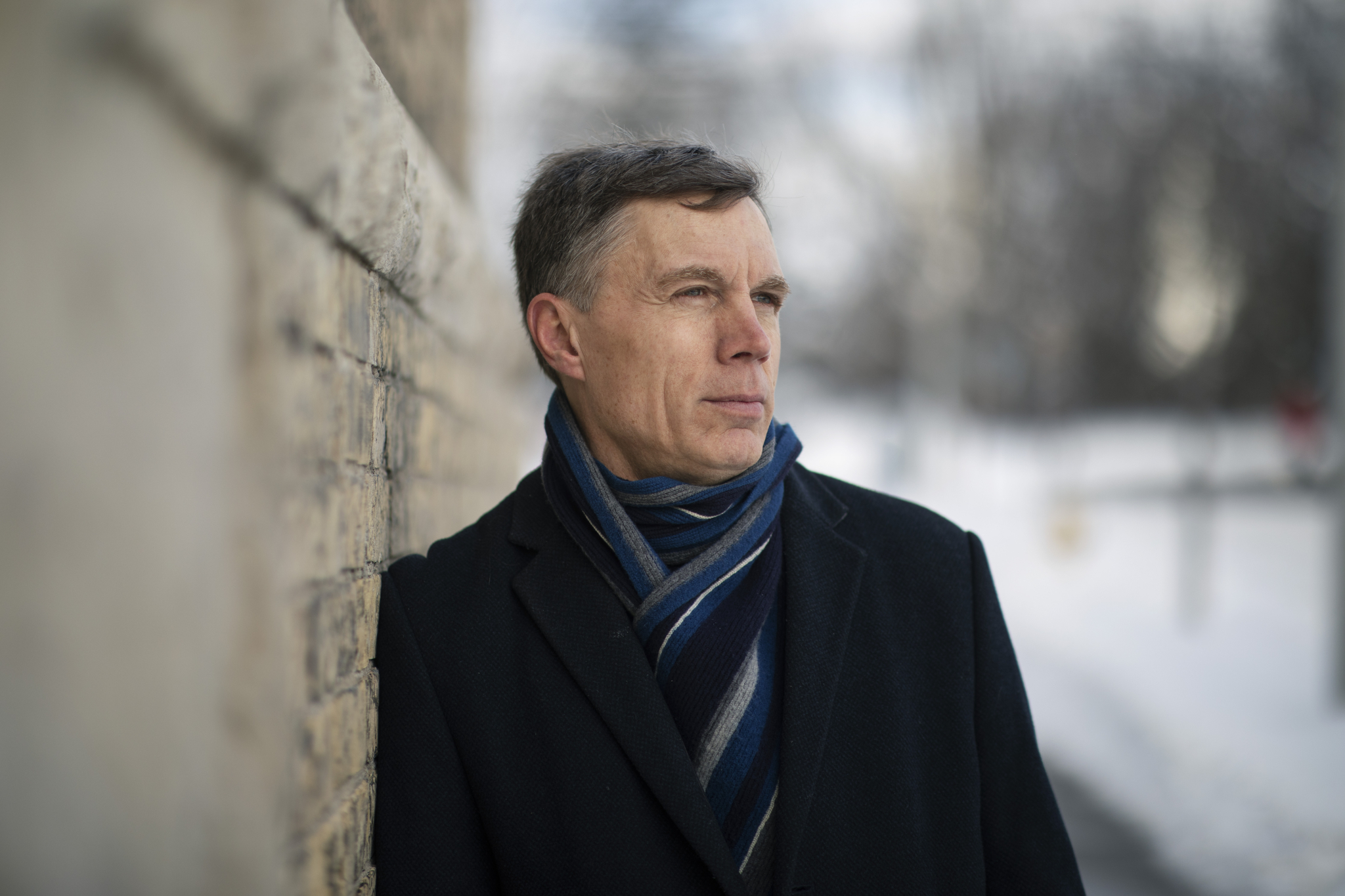 Canada’s lobbying and ethics laws are a sad joke. Loopholes and fatal flaws in the laws governing lobbyists at the federal level are tilted to favour big businesses with deep pockets.

Federally, lobbyists are governed by the Lobbying Act and Lobbyists’ Code of Conduct and federal ethics rules spelled out in the Conflict of Interest Act, MPs’ and senators’ ethics codes and the public servants’ code. Along with weak rules in the Canada Elections Act, they permit levels of donations and loans to political parties that are much too high, giving lobbyists an unethical, undemocratic level of influence over political parties and politicians.

Overall, the system permits cash for access and influence through a secret, legalized bribery system of unethical, biased favour-trading between politicians and big businesses. This is not to say every federal political decision-making process is undermined by politicians and officials trading favours with lobbyists. But it is true the Canadian system lacks transparency and is vulnerable to corruption, serious conflicts of interest and political decisions that protect the private interests of big businesses instead of the public interest.

The Supreme Court ruled in 1996 that government ethics-related laws and codes must set high transparency and integrity standards and be strictly and strongly enforced or Canada will not be a democracy. More than 25 years later, we are still far from meeting the Supreme Court’s standard.

Only one of the loopholes is usually mentioned in articles about the Lobbying Act — the rule that allows an employee of a business to lobby in secret without registering as long as they don't lobby more than 20 per cent of their work time. The House ethics committee unanimously called for that loophole to be closed 10 years ago and again in June 2022, to no avail.

But there are other huge loopholes the committee continues to ignore. Businesses often lobby regulatory agencies about the enforcement of a law or regulation — none of that lobbying is required to be disclosed. Many businesses also lobby for tax credits, but in a highly questionable enforcement policy, the commissioner of lobbying ruled the credits are not a “financial benefit” (even though they clearly are) and, therefore, that lobbying also does not have to be disclosed.

No one is required to register and disclose their lobbying if they are not paid for it. Hired-gun “consultant” lobbyists can sign contracts that state their clients are paying for advice. This leaves the lobbyists free to lobby on their clients’ behalf, in secret, for free. This loophole also allows unpaid board members and retired executives of businesses and other organizations to lobby in secret.

Another loophole is that anyone can secretly lobby senior officials in any federal political party and they can pass on the lobbyist’s demands to their party’s politicians.

Canada permits levels of donations and loans to political parties that are much too high, giving lobbyists undue influence over political parties and politicians, writes @duffconacher of @DemocracyWatchr. #opinion #cdnpoli #lobbyists

Even if a person is required to register their lobbying, only oral, pre-arranged communications they initiate with office holders are required to be disclosed. Emails, letters and texts can be kept secret, as can any communications initiated by the office holder (except about a government financial benefit other than a tax credit).

If you can exploit a loophole so you are not required to register your lobbying, then the ethics rules in the Lobbyists’ Code don’t apply to you, and you can do favours for politicians you are lobbying or will lobby, like fundraising and campaigning for them.

Even if you are a registered lobbyist, the code, together with a loophole in the MP and senator ethics codes, legalizes lobbyists giving MPs the gift of unlimited sponsored travel, and other loopholes allow all federal politicians to accept gifts from friends, even if they are lobbyists.

Incredibly, the federal commissioner of lobbying, who is supposed to ensure ethical and transparent lobbying, is currently proposing to weaken key code rules in ways that will allow for even more unethical favour-trading between lobbyists and parties and politicians.

The loopholes in federal lobbying and ethics rules also allow politicians and officials to leave office and start lobbying federal politicians and government officials the next day, in secret and unregistered. The so-called “five-year ban” on lobbying in the Lobbying Act only applies to registered lobbyists.

The much-too-high political donation and third-party spending limits in the Canada Elections Act are additional layers in this smelly layer cake of unethical federal political decision-making. They allow people who can afford it to buy influence by donating up to $3,350 annually to each party and its riding associations, and wealthy individuals and lobby groups to spend more than $500,000 supporting parties during election campaigns, up to $1 million in the couple of months before that and an unlimited amount between elections. Banks, which are regulated by the federal government, are also allowed to buy influence by making unlimited loans to parties and candidates.

Who pays for all this spending? We do, as every business adds a bit to the price of every product and service, gouging us to pay for their lawyers, lobbyists and political donations and gifts. And none of this business advocacy spending that happens between elections is required to be disclosed (unlike in the U.S.).

To level the lobbying playing field, at least business advocacy advertising should be banned. There is a simple, very low-cost, innovative method used successfully in the U.S. that Canada could adopt, requiring big businesses to facilitate citizens joining and donating millions of dollars to citizen advocacy groups to watch over every industry sector.

Finally, Canada’s federal ethics and lobbying watchdogs are handpicked by the cabinet through secretive processes that the Federal Court of Appeal has ruled are biased. Not surprisingly, they often roll over like lap dogs and fail to enforce the few effective rules that exist. They are also allowed to make secret rulings, and so can relatively easily cover up any situation that may embarrass the ruling party.

The key question is: will a critical mass of MPs in the current minority government situation work together, finally, to pass a bill to close all the loopholes that allow for secret, unethical lobbying and political decision-making? It’s time to decrease donation and spending limits to democratic levels, require businesses to facilitate citizens banding together and raising money for public interest advocacy, and strengthen enforcement of these key democracy laws.

Quebec has led the way, closing many of the unethical and undemocratic loopholes in that province. Now the rest of Canada must clean up its political decision-making processes and follow suit.

This story has been clarified to specify that donations must be disclosed within election periods.

Investigation: Big Oil’s most powerful lobby group held more meetings with feds in 2020 than any other year on record

Smelly layer cake? More like a festering cess pit.
Another article in today's reporting questions the "building of trust" in Canada's institutions - including reporting.
Ironically, it is the sub rosa nature of government and its lobbyists that erodes 90% of Canadian's trust - in all levels of government but rises to stratospheric heights at the Federal level. Parsing the nature of the smelly layer cake only confirms one's suspicions that Canada has never shaken off the colonial corruption, the "Family Compact" and the Imperial exploitation that characterized its founding. Has Canada ever really been a democracy?
Baldwin and Lafontaine fought to establish the parameters of functioning democracy. They articulated it clearly and passed legislation to embed it in the growing colony. It seems they merely managed to drive the corruption into shadowy and vile smelling pits and crannies
One can only conclude that influence peddling, protection racketeering, bribery and corruption are embedded in all aspects of human activity. They are probably endemic to all primate species and "bullying" is part of the primitive brain as is flight or fight.

They may be embedded, but it

They may be embedded, but it takes a compliant ruling power to enable it.

Canada has never actually been a democracy. Canada has been run by a series of oligarchs and corporate interests since the days of the Hudson Bay and North West Companies. Not one single regulator acts in the public interest. From Health Canada to the Canadian Nuclear Security Commission, all of our "watch dogs" are merely lap-dogs. Politicians of all stripes (including the NDP & Greens) are there to maintain the status quo; debate can only be within narrow parameters set by corporate interests. Just because you can vote, doesn't mean we live in a democracy. This is not government "of the people, by the people, for the people"; this is government "of corporations, by corporations and for corporations". Italy's dictator Benito Mussolini once said “Fascism should more appropriately be called Corporatism because it is a merger of state and corporate power.” Today's western economies mirror that of Nationalsozialismus, the economic system of Nazi Germany: socialism for the rich.

Change the laws or lose

Our first past the post electoral system is a key element in the smelly layer cake. You could even say it's the oven in which the cake is baked. Half of our votes don't elect anyone; political parties routinely win majority governments on the strength of only a minority of the votes that do, leaving the parties far less accountable to the electorate than they are to the deep-pocketed donors who fund and lobby them.
Not to say that electoral reform would altogether solve the problem, but it would go a long way to re-levelling the field. Those who care might consider doing some lobbying of their own by urging their MPs to press for a National Citizens' Assembly to examine the issue and come up with a recommendation.

I think that we can solve a

I think that we can solve a lot of the lobbying issues and corruption by moving to a (PR) or proportional representation. I feel the FPP has a lot to do with the unhealthy current corporate power over government discissions.
Looking at how transparent the countries are that use the PR verses FPP there is a easily seen difference in the way the system works which has proven to be more beneficial to the average citizen.

Unfortunately, politicians are incapable of doing electoral reform, party finance reform and Lobbying reform. A citizen's assembly(s) is(are) needed because the Politicians have vested interests in keeping the status quo

kleptocracy.......a government or state in which those in power exploit national resources and steal; rule by a thief or thieves.
"All tyranny needs to gain a foothold is for people of good conscience to remain silent."