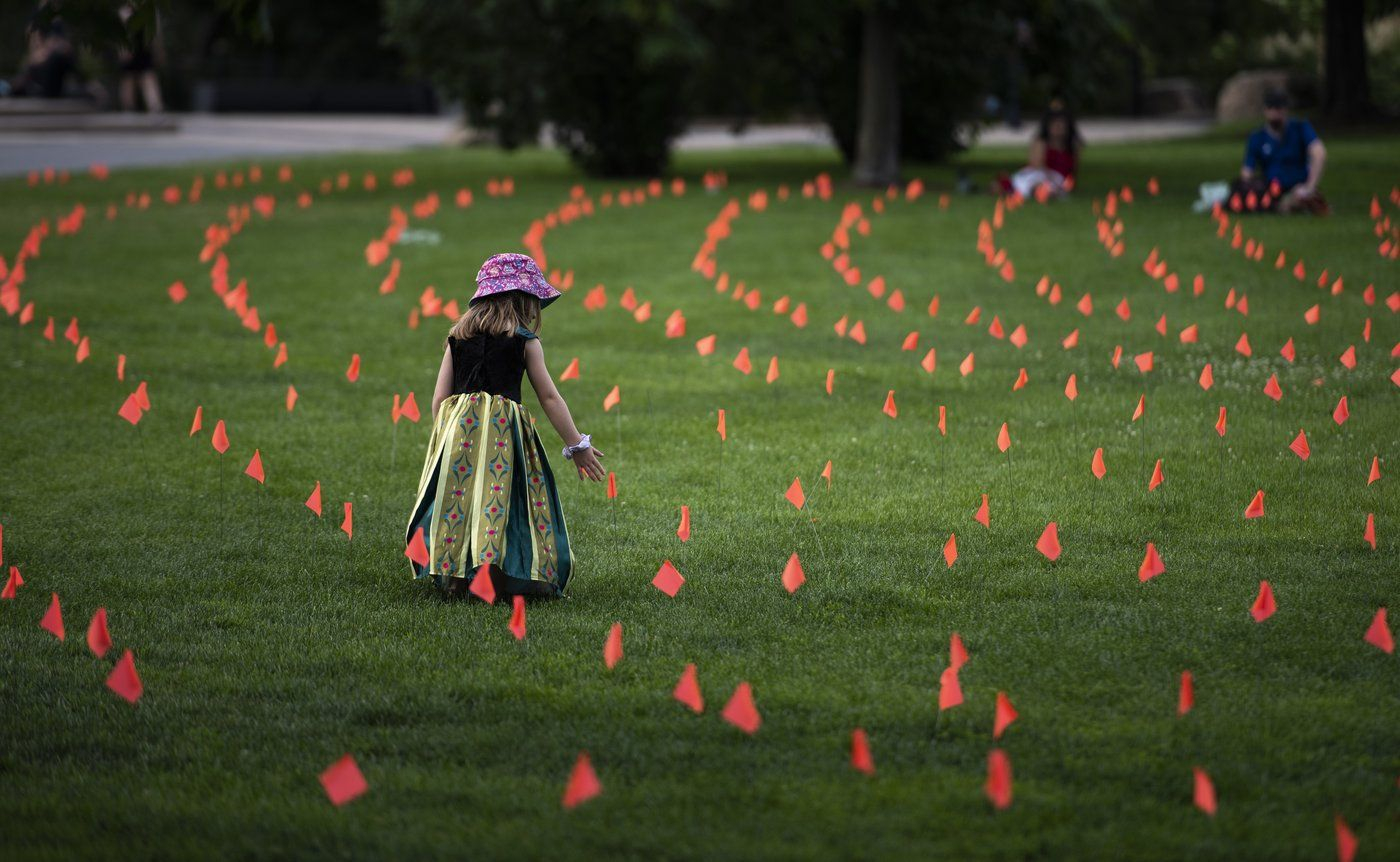 The discovery of 171 "plausible burials" at a former residential school in northern Ontario has retraumatized the First Nation that announced the finding, its chief said, with efforts underway to ensure residents have the mental health support they need.

Wauzhushk Onigum Nation Chief Chris Skead said members of his community have been in shock since the finding was made at the site of the former St. Mary’s Indian Residential School near Kenora, Ont.

"(There) are so, so, so many horrific stories that happened within those walls and you're lucky to survive, to come out, have children ... The ones that didn't have that opportunity are still yet to be found."

The Wauzhushk Onigum Nation announced the discovery of the "plausible burials" on Tuesday.

The chief said he's been feeling overwhelmed by the news as his older siblings, parents and grandparents all attended the institution.

"Part of this journey was to uncover the truth, to search for the unmarked graves but also to have a healing path forward," he said. "A lot of this is retraumatizing our survivors, myself included."

Studies of the site, which were informed by survivors' testimony, were being conducted by the First Nation's technical, archeological and ground-penetrating-radar team since May.

Most of the discoveries that were announced this week involved unmarked potential burials, except for five with grave markers. The Truth and Reconciliation Commission has said the former residential school was attended by more than 6,000 Indigenous children between 1897 and 1972.

The First Nation is now focused on providing community members with mental health support and securing funding from the province to continue forensic identification of bones that were discovered, Skead said. The First Nation also wants to establish a way to memorialize the plausible burials, he said.

"We need those committed dollars, psychiatrists, mental health workers. We need treatment centres, things like that, because a lot of this is stemming from intergenerational trauma," he said.

Indigenous Affairs Ontario said it is working with the community's representatives to figure out specific funding needs and timelines so that additional support can be made available.

"Minister Rickford connected with Chief Skead and reiterated the government’s commitment to standing with Waushushk Onigum Nation leadership, survivors, and community members as they work through this difficult journey," Erika Robson, a spokeswoman for the Indigenous Affairs minister wrote in a statement.

"Ontario has been and will continue to support Indigenous partners as they proceed with work at each of these sites – at the pace and timing that they decide is appropriate for their respective communities," she said.

Laura Arndt, a member of Survivors' Secretariat, an Indigenous advocacy group that's also involved in the search for residential school burial sites in Brantford, Ont., said she knows of about 40 other communities in the province that are searching for potential graves of children who attended residential schools.

Arndt said securing more funding from the province to continue those investigations and help start new ones has been a key priority for advocates and survivors since 2021, when the first set of remains in Canada was found on the grounds of a residential school in Kamloops, B.C.

Arndt also said that although funding is a priority, it is "only part of the equation,"

For example, she said, the province can support Indigenous communities in their search for graves by removing barriers in provincial legislation. Critics have said the system to obtain death records of Indigenous children is complex and a fee to obtain them needs to be permanently removed.

"What they could be doing moving forward is working with communities to ensure that the resources exist to support the work, be it ground search, be it record and document recovery, or be it wellness and care of community members who are involved in the work," she said.

Canada forced an estimated 150,000 First Nations, Metis and Inuit children to attend residential schools over a century, and the Catholic Church ran about 60 per cent of the institutions. The last residential school closed in 1996.

Children attending the schools were punished for speaking their languages and practising their culture. They were separated from their families and, in many cases, were subjected to psychological, physical and sexual abuse.