Housing and recession to be discussed by federal cabinet this week 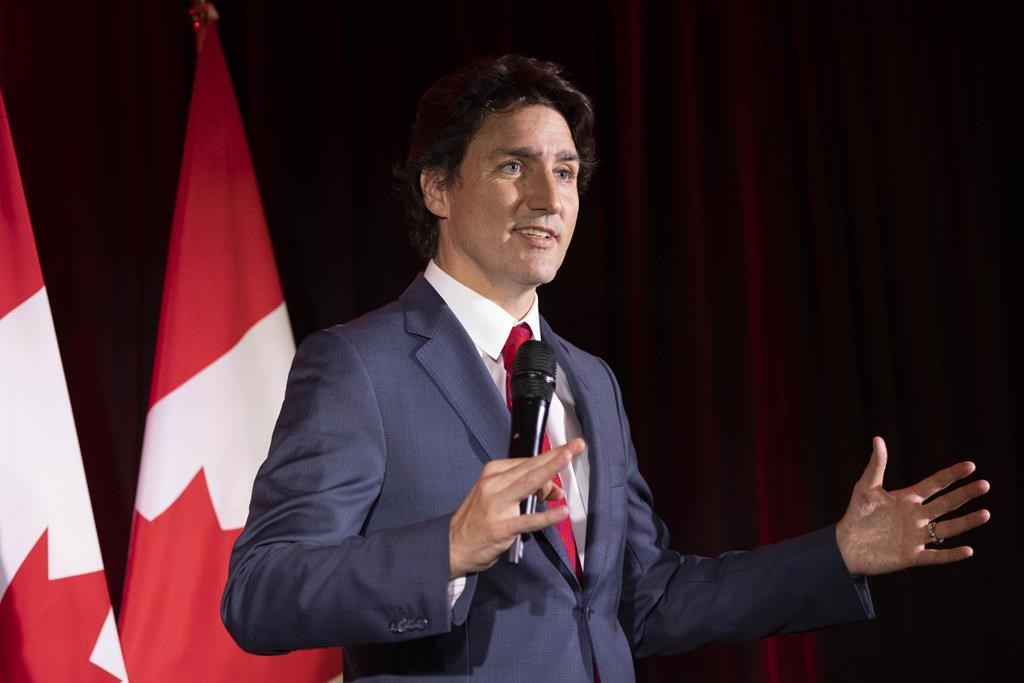 The ongoing affordability crunch and the threat of a looming recession will be front and centre as the federal Liberal cabinet holds a post-holiday cabinet retreat this week.

Prime Minister Justin Trudeau and his ministers will spend the next three days in a Hamilton hotel, hammering out their political and policy strategy for the weeks and months ahead.

In a written statement last week, Trudeau said the retreat will have ministers look at ways to make life more affordable, and "seize new opportunities for Canadian workers and businesses."

He is fresh off a week of cross-country travel that focused heavily on Canada's push to expand its battery and electric-vehicle industries, including mining the critical minerals they both rely on.

But the retreat comes as Canadians continue to feel the financial pinch of more than a year of heightened inflation, and now with an economy many expect to dip into a recession this year.

A recession would come after three years of instability and anxiety driven first by the COVID-19 pandemic, followed by the Russian invasion in Ukraine and pandemic-related supply-chain interruptions. Both contributed to inflation and subsequent interest-rate hikes to slow it down.

"A lot of the prime minister's time in office has been defined by how he's had to respond to a series of emerging crises, and Canadians are starting this year looking at several once again," said Braeden Caley, executive director of the Canada 2020 think tank and a former director of communications for the Liberal Party of Canada.

Affordability was also top of mind at the last Liberal cabinet retreat in Vancouver in September. The government did put some aid on the table including temporary hikes to GST rebates and the federal housing benefit for renters. It also moved on a dental-care benefit for young children as part of the confidence-and-supply agreement the Liberals reached with the NDP last March.

The fall economic statement promised to help low- and modest-income workers with adjustments to the Canada Workers Benefit to advance the money quarterly, and to permanently end interest on federal student loans.

Carlene Variyan, associate vice-president at Summa Strategies and a former senior staffer in several Liberal ministers' offices, said if there are more measures coming it will be similar to what has already been offered.

"I think we know what the playbook is from this government on measures to to support Canadians during times of economic downturn, it's always going to be policies that are very focused on workers and delivering direct support to families rather than trickle down measures," she said.

Variyan said she expects the retreat will be a chance for the cabinet to take a step back and revisit their mandate letters, a little more than a year since they were issued after the 2021 election.

"I expect that they'll be spending a fair amount of time in Hamilton next week doing a stock take of what they've been able to accomplish in a year and what they realistically expect to be able to accomplish during the remainder of the mandate," she said.

"World events have changed a lot of dynamics, whether it's trade or economic conditions, or obviously the war in Ukraine. So how have those priorities evolved or changed?"

Trudeau spent much of the last week meeting individually with most of his ministers to start that process. There had been some speculation Trudeau would choose to rejig his team before the House returns but there will be no shuffle at this point.

Cabinet also has to keep in mind the government's confidence-and-supply deal with the NDP. New Democrat Leader Jagmeet Singh signalled last week that the promise to pass pharmacare legislation this year must be upheld to keep the deal going.

The fall economic statement pointed heavily toward the government's fiscal priorities for 2023, with promises that the coming spring budget would include more details on how the government will remain competitive with other jurisdictions in clean technology investments.

The government is also promising "just transition" legislation this year — a bill to help workers in Canada's oil and gas industries retrain for new jobs in clean and renewable energy, or technology to make fossil fuels less emissions intensive. That bill has already caused some political fighting with the Alberta government, which is facing an election in the spring.

Health Minister Jean-Yves Duclos is also making progress in talks with the provinces for a new federal-provincial health funding deal and will likely deliver an update on that to ministers while in Hamilton.

This report by The Canadian Press was first published Jan. 22, 2023.