Salt lakes in the American West are turning to dust 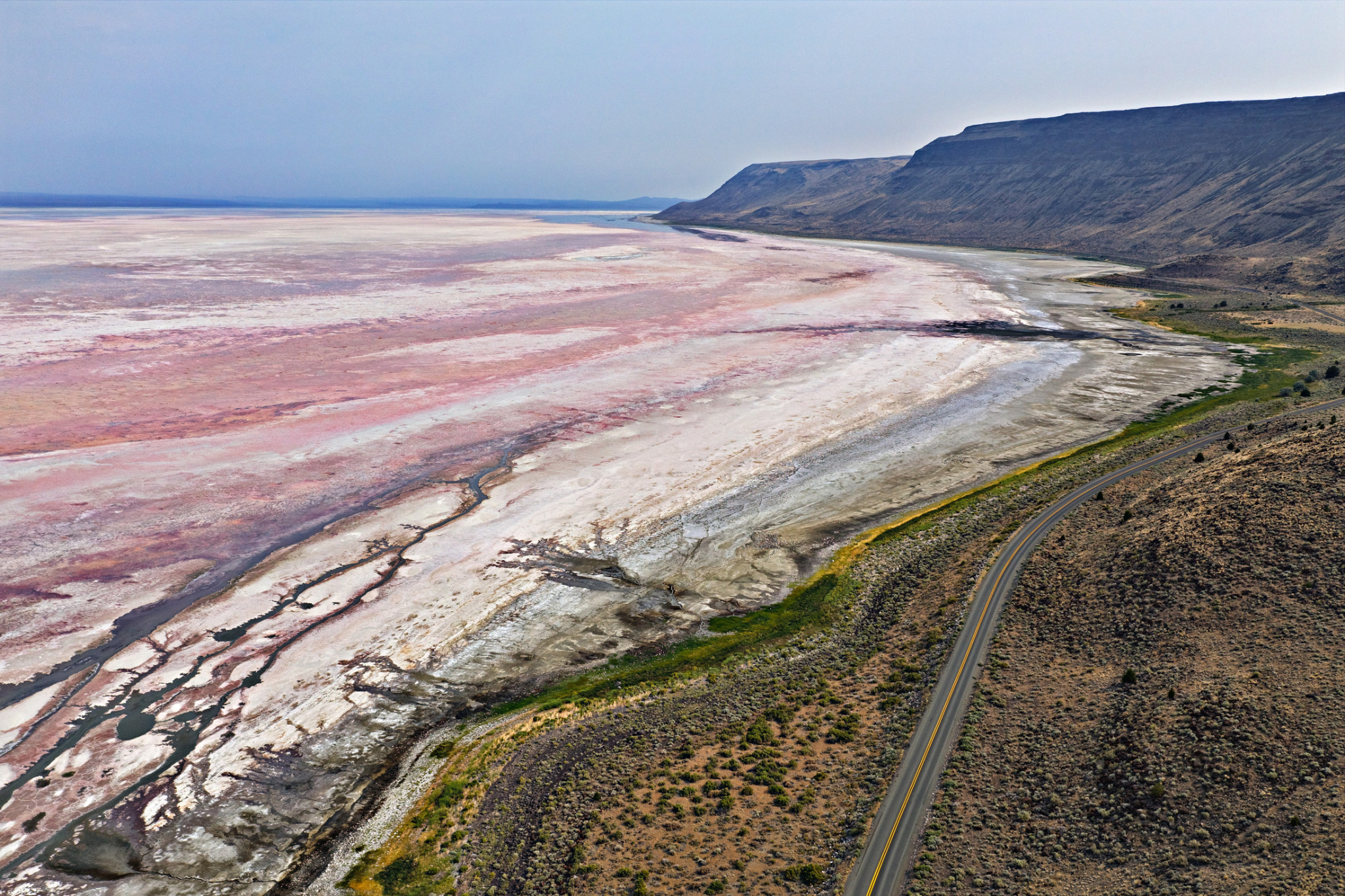 Lake Abert in 2021. Last summer, dust from the dried lake blew over 85 miles from the source. Courtesy of Ron Larson
Previous story

Last summer, scientists at the National Oceanic and Atmospheric Administration observed dust blowing 85 miles from its source: Lake Abert and Summer Lake, two dried-up saline lakes in southern Oregon. This has happened before: Saline lakebeds are some of the West’s most significant sources of dust. California's Owens Lake is the nation's largest source of PM10, the tiny pollutants found in dust and smoke, while plumes blowing off the 800 square miles of the Great Salt Lake’s exposed bed have caused toxin-filled dust storms in Salt Lake City.

Saline lakes are rapidly losing water to climate change and agricultural and urban uses, becoming some of the West’s most threatened ecosystems. Now, new legislation is offering some support. On Dec. 27, U.S. President Joe Biden signed the bipartisan Saline Lake Ecosystems in the Great Basin States Program Act, which allocates $25 million in funding for research and monitoring at saline lakes across the Great Basin. While this funding is an important step, it cannot give the lakes what they really need: more water.

The Interior West is full of salt lakes, created when snowmelt pools in the valley bottoms of the basin and range region. The valleys have no outflow, so the water remains until it evaporates, leaving behind the particles that were suspended in it. These accumulate over time, giving the lakes a high salinity.

Yet this balance of runoff, salts and evaporation also makes saline lakes highly sensitive to climate change. Decreasing snowpack and increasing evaporation due to higher temperatures means that there is less water in the lakes and a higher concentration of salt. That stresses shrimp and flies, which have adapted over time to specific salinities, and it also exposes dry lakebeds, creating dangerous dust storms.

Decades of diversions for agricultural and municipal use have also taken the lakes’ water. California’s Owens Lake, for instance, has been almost completely dry for nearly a century since its water was diverted to Los Angeles. A report released recently by Utah scientists and conservation organizations warned that the combination of water diversions and climate change has put the Great Salt Lake on track to disappear within five years.

Many see poor air quality as the main reason to save the lakes. But the dust is a sign that the entire ecosystem is withering. Saline lakes are key stops on the Pacific Flyway, the bird migration route that extends from Alaska to Patagonia, Chile. “That we’re worried about dust says to me that we’ve already gone past the point of Lake Abert being lost as part of the Pacific Flyway, its most important ecological value,” said Houston. Over 80 species of birds either inhabit or migrate through Lake Abert, and 338 species depend on the Great Salt Lake.

The new legislation will create a research and monitoring program aimed at conserving salt lakes, including Lake Abert, Summer Lake, the Great Salt Lake, California’s Owens and Mono lakes, and Nevada’s Ruby and Walker lakes. According to David Herbst, a biologist who began conducting research at Mono Lake in the 1970s, because only a “small core of scientists” conducts research on saline lakes, there’s a strong need for more monitoring by federal and state agencies.

Geoffrey McQuilkin, executive director of the Mono Lake Committee, told HCN via email that the act is important “because it funds scientific research that will inform how to successfully manage valuable habitats to preserve their many benefits in the era of climate change.” Clayton Dumont, tribal chairman of the Klamath Tribes, whose traditional territory borders Lake Abert, said, “We’re glad to see anything that will help restore that unique ecosystem.”

This isn’t the first federal program dedicated to the lakes. The 2002 Desert Terminal Lakes Program provided over $200 million to support the conservation of Nevada's saline lakes through scientific research and the purchase of water rights. The recent $858-billion defence spending act included $10 million for saline lakes-related projects to be undertaken by the Army Corps of Engineers. And at the state level, Utah’s 2022 Great Salt Lake Watershed Enhancement Act created a $40-million trust directed at conservation of the lake.

But some advocates say that monitoring and research aren’t enough. “This is great! But it doesn't get water to Great Salt Lake,” the organization Save Our Great Salt Lake posted to its Instagram account after the bill passed the Senate.

The question of refilling the lakes is trickier. Water rights are governed by states, making it harder for the federal government to step in. “For lakes where basic measurement, basic monitoring and some of the basic science is lacking — that's where the federal government and other scientists can come in and provide a tremendous amount of support and information that advocates can use,” said Houston.

NOTE: This story was updated to correct a reference to brine flies. The researcher intended to refer to alkali flies. It was also corrected to reflect that Utah's 2022 Great Salt Lake Watershed Enhancement Act created a $40-million trust directed at conservation of the lake, not Utah’s 2019 Concurrent Resolution to Address Declining Water Levels of the Great Salt Lake.