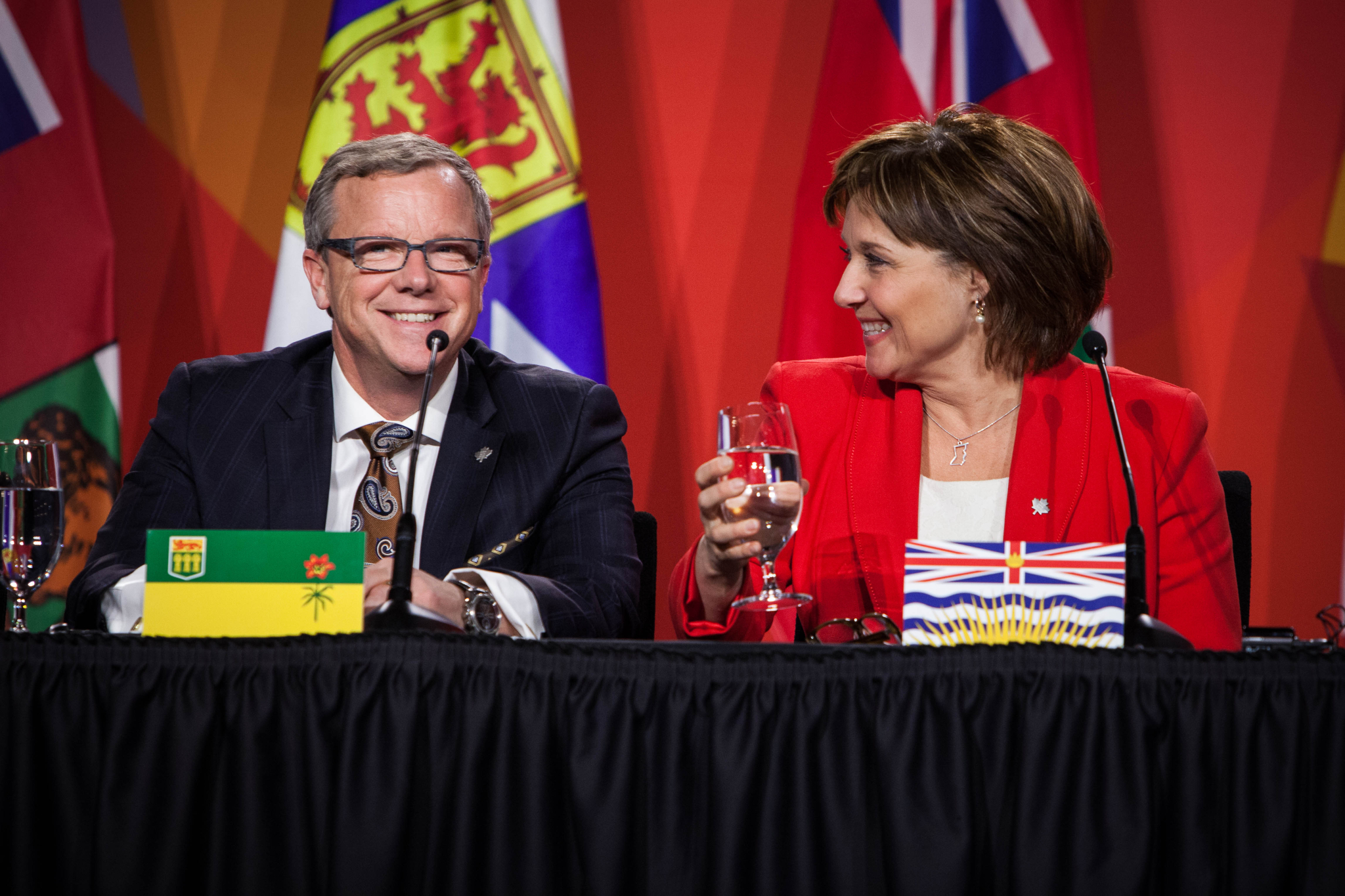 Clark made her intentions known in a brief statement on Friday, and will also be giving up her seat in Kelowna.

She said she informed her caucus colleagues about her decision to leave as leader effective Aug. 4.

Clark said in the statement that she is proud of everything she has accomplished, including working to make B.C. the leader in Canada's economy and creating more than 200,000 jobs.

She called the province's protection of the Great Bear Rainforest "British Columbia's gift to the world."

"I am certain that British Columbia's best days lie ahead," she said in the statement.

Clark, 51, led a come-from-behind victory in 2013, sweeping her party to a surprise win over the New Democrats.

But she couldn't pull off a majority government in the election this May, winning just 43 of the 87 seats in the legislature for a minority government. The Liberals lost after 16 years in power.

The New Democrats, with 41 seats, and the Greens with three, joined forces to govern the province. Clark's party lost a confidence vote in the legislature at the end of June.

Clark said that when she offered her resignation to Lt.-Gov. Judith Guichon she tried to convince Guichon to call an election. Instead, the lieutenant-governor asked New Democrat Leader John Horgan to form government.

Horgan and his cabinet were sworn in last week.

On Twitter, Horgan thanked Clark for her service and said the two leaders "represented (two) different parties, (but) we are united in our belief that our job is to work every day to build a better province."

I want to thank @christyclarkbc for her many years of service on behalf of British Columbians. I wish her and her family the very best. 1/2

While we represented 2 different parties, we are united in our belief that our job is to work every day to build a better province. 2/2

Former B.C. Liberal MLA Bill Bennett described Clark’s resignation as a loss for both the party and the province, strongly dismissing any suggestion the party forced her out.

"I'm shocked, and I think it's sad that B.C. doesn't get to have the benefit of Christy Clark for another few more years," he said, speaking by phone from Cranbrook.

"I'm not happy about the decision. I wish she had hung on, but I understand why she thinks it's better for the party to have fresh leadership."

In two posts on Twitter Friday, the B.C. Liberal party first thanked Clark, and then outlined the next steps for setting a leadership race.

2/2 The Party Executive will meet within 28 days to set the rules for a leadership election process. pic.twitter.com/YyF25SA3Pc

Green party Leader Andrew Weaver issued a statement thanking Clark for her service, calling her a fierce advocate for the province both at home and abroad.

"A highlight of my time in the legislature was working directly with Christy Clark to implement sexualized violence policy legislation for B.C.'s post-secondary institutions," he said in a statement.

"Her leadership and willingness to work across party lines on this vital issue has made universities and colleges across this province safer for our students, and for this I am grateful."

She could be the worst

She could be the worst premier in Western Canadian history. Not just in British Columbia.

* You thought the gap between the political ideals of Hillary Clinton and her voter base was wide? The BC Liberal gap was even wider.
* After 49 consecutive years of either Social Credit or NDP rule, the BC Liberals tried to reintroduce Ottawa's establishment politics to the legislature. It's time to clean things up again.