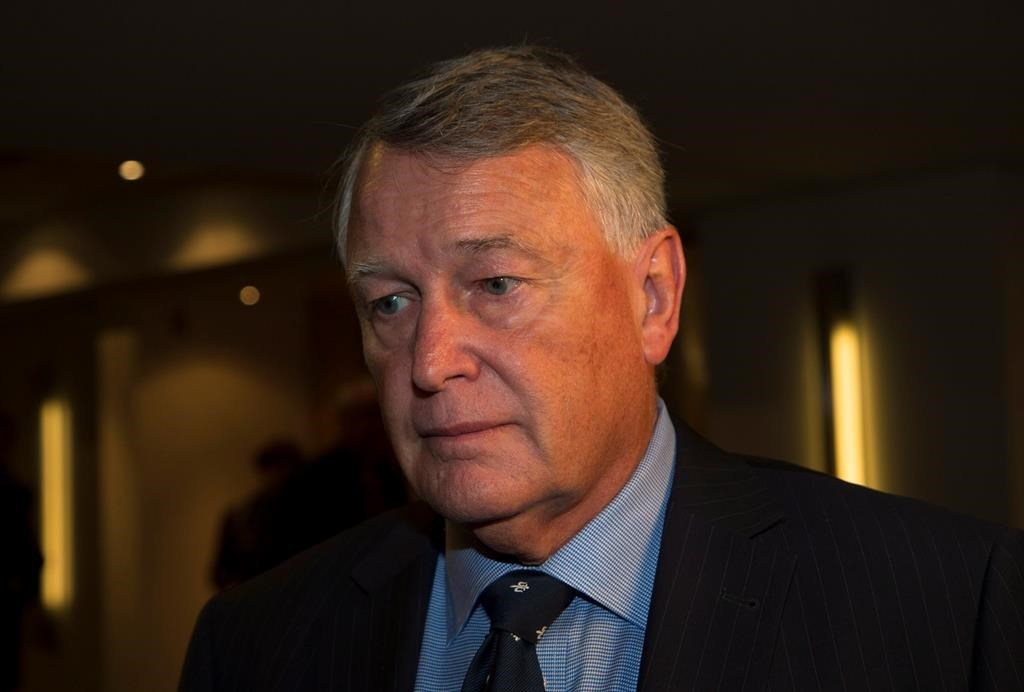 A Canadian Judicial Council committee, which held a public hearing in Calgary in September, found Robin Camp’s apology for his comments during a 2014 trial wasn’t enough and urged he be removed from the bench. File photo by Canadian Press
Previous story
Next story

A judge who asked a sex assault complainant why she couldn’t keep her "knees together’’ could be headed into uncharted territory if he continues to fight for his job.

A Canadian Judicial Council committee, which held a public hearing in Calgary in September, found Robin Camp’s apology for his comments during a 2014 trial wasn’t enough and urged he be removed from the bench.

The council as a whole will mull over the panel’s recommendation — and Camp’s rebuttal — when it meets in Ottawa at the end of the month. Regardless of what the council recommends, Camp’s fate will end up in the hands of federal Justice Minister Jody Wilson−Raybould and then Parliament.

"How these things get debated in Parliament is a little bit of an unknown, because there has never been a joint address or joint declaration in Parliament regarding a judge’s removal. Judges have resigned or retired when it has gotten to that point," said Johanna Laporte, the council’s director of communications.

Laporte said several years ago an MP said he wanted a judge, whose future was set to be debated, to appear before Parliament.

Court transcripts from a 2014 sexual assault trial show Camp, who was a provincial court judge at the time, called the complainant, who was homeless and 19 years old at the time of the alleged assault, "the accused" numerous times — a mistake he repeated at the judicial council hearing before correcting himself.

During the trial, he also told the young woman "pain and sex sometimes go together" and asked why she didn’t just keep her "knees together."

Camp acquitted Alexander Wagar, but the verdict was overturned on appeal and a new trial was ordered. A verdict in the retrial is expected this month. Camp’s lawyer, Frank Addario, has argued his client should be allowed to keep his current job as a federal court judge.

"Removal is not necessary to preserve public confidence in this case. Justice Camp’s misconduct was the product of ignorance, not animus. He has worked hard to correct his knowledge deficit,’’ Addario wrote in a rebuttal submission to the judicial council.

A request on behalf of Camp to appear in person before the judicial council was initially rejected, but is to be discussed at the end of the month.

"Justice Camp is the first judge to fight for his office and his reputation since the council amended its bylaws in 2010 to remove the express right to oral submissions," Addario wrote.

When contacted, Addario said he had nothing to add beyond his submission. Laporte said that if Camp’s request to address the council in person is granted, another public hearing would have to be scheduled for February.

Judge Robin Camp should be removed from bench over comments: lawyer

Palladium Pampa Grijs
Thintini buns can be found at a lot of grocery stores united states-large and they are a yummy alternative to carb-large normal hamburger buns. These finer breads are simpler to eat as they're smaller than their conventional competitors and they will offer far less carbs to a diabetes.

In case you have fairly recently discovered that you have malignancy, and you also are certainly not a spiritual particular person, you really should consider getting into religion. Many people get comfort from faith and spirituality while they are experiencing many forms of cancer. Many churches and other places of worship have malignancy support group of people.