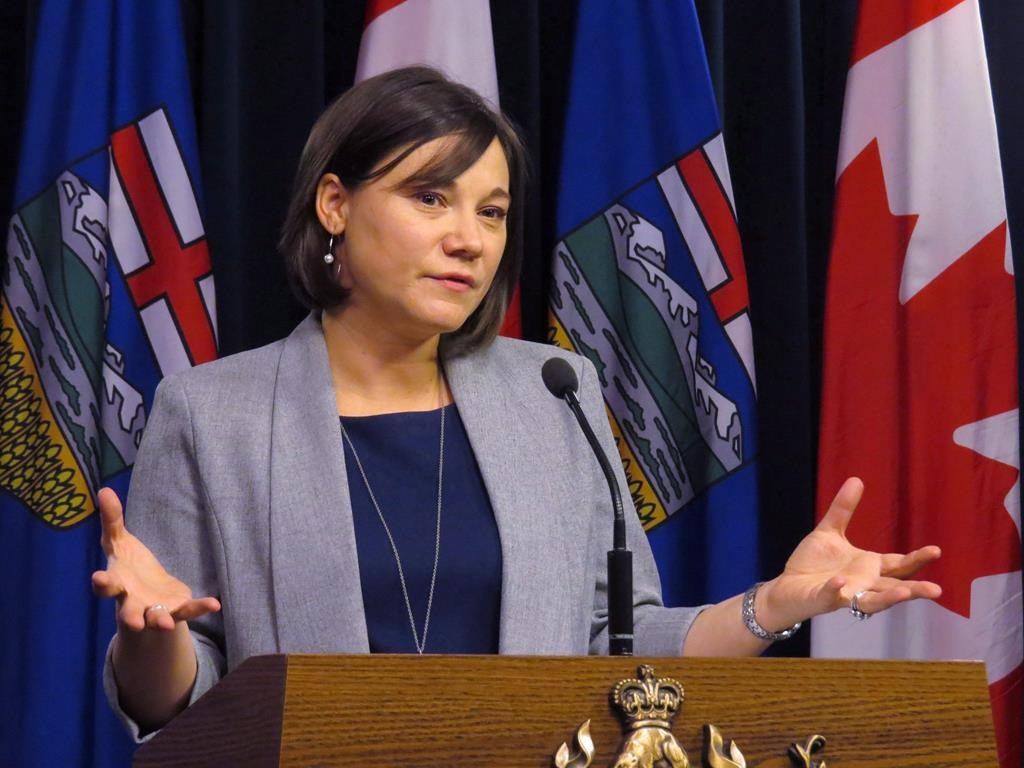 Alberta Environment Minister Shannon Phillips announces details of a bill introduced in the legislature in Edmonton on November 1, 2016. File photo by The Canadian Press / Dean Bennett
Previous story
Next story