Working on climate change is an act of love 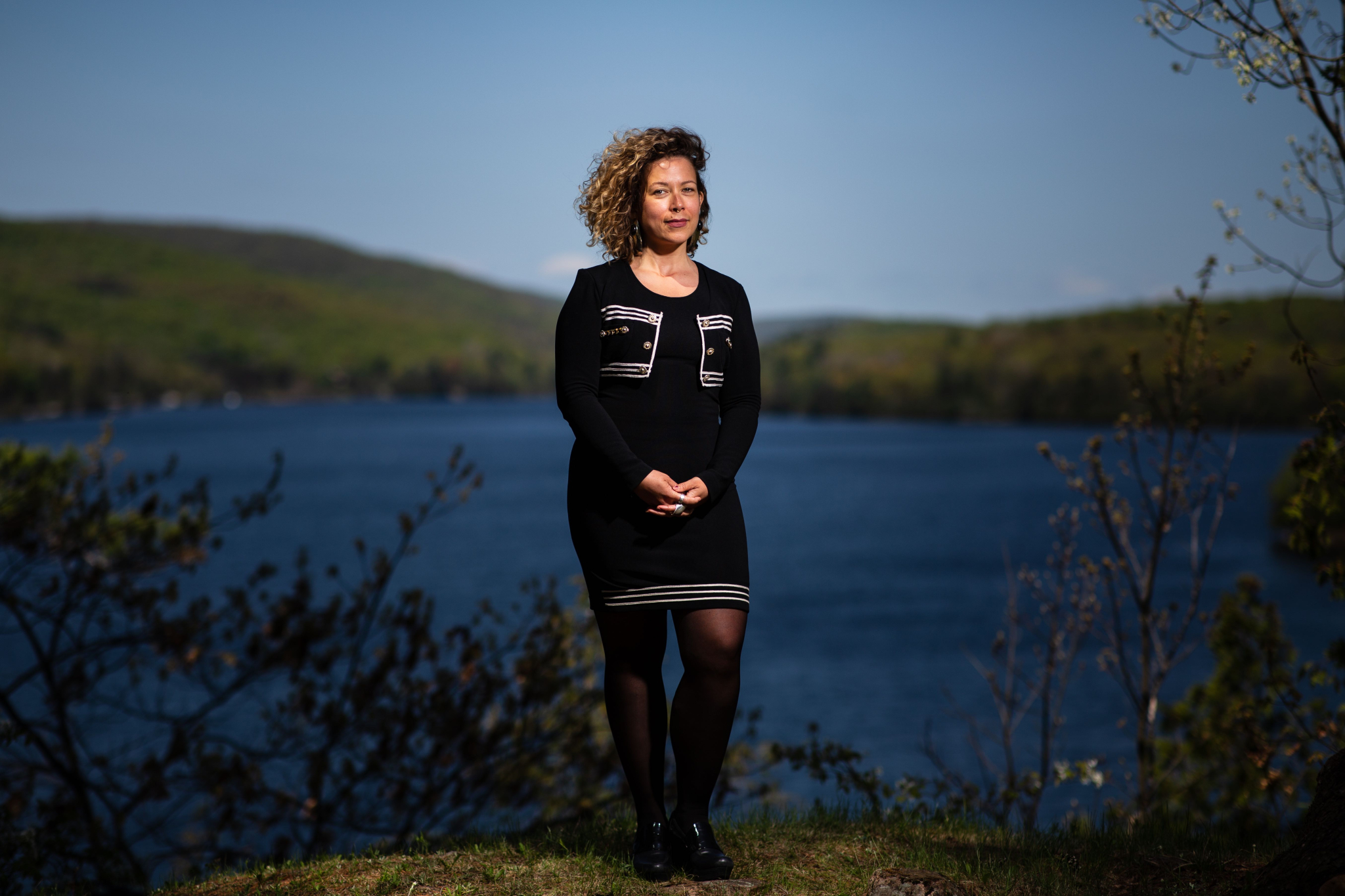 Catherine Abreu, executive director of Climate Action Network Canada, poses for a photo at Meech Lake, in Gatineau, Que. on May 17, 2018. Photo by Alex Tétreault
Previous story
Next story

Three years ago I could not have imagined that Canada would become a contender for the title of global champion for climate action. Nor could I have predicted a pan-Canadian framework that establishes a shared vision for climate policy and clean growth across the federal and most provincial and territorial governments, and many sectors of our economy.

Given such unforeseen progress and the grueling work by government and Canada’s environmental community that went into it, I could not have anticipated that in 2018 we would find ourselves mired in the same painful conflict that has played out again and again in North America for more than a decade. I refer to Indigenous and frontline communities standing up against an unwanted pipeline that industry and governments are determined to push through.

Meanwhile, the climate policies we have worked so hard for are under threat as short-sighted politicians take potshots at long-term protection of our health and our environment.

The truth is that working on climate change is not a fight: it is an act of love. Those of us who dedicate our lives to this effort, in whatever setting we choose to work (there are climate activists in governments and businesses everywhere), do it because we love our families, our children, the lake we swam in as teenagers, the communities we have seen suffer as weather gets more extreme and sea levels rise. We do it because we see the injustice and inequity and colonial ideology that both drives and is exacerbated by climate change, and we have to believe in a world liberated from these institutions of violence.

And so these moments hurt - these moments where ambitious climate policy is undermined by expanding fossil fuel infrastructure. They enrage. And we fight because we have to to protect what we love.

Canadians are told that climate action and opposition to the Kinder Morgan pipeline are fights against workers in Alberta’s oil sands, people who are also trying to protect and provide for those they care about. Canadians are also told that these activities are a fight against the overall viability of Canada’s economy and, therefore, a fight against Canadians everywhere. What cruel lies.

What climate action and opposition to fossil fuel infrastructure are is a fight against the influence of an oil and gas industry that is too used to calling the shots in Canada; a fight against a vision of economic success that ignores the jobs and wealth generated by sustainable industries and pins all our hopes on extracting the last dregs of our fossil fuel resources and exporting them to be burned up in a world that has already warmed by over one degree celsius.

Canada’s media and politicians are consumed by a debate that pits "the economy" against "the environment." We should all know by now that it is absurd to suggest that the economy exists in a vacuum divorced from the ramifications of environmental degradation. Ask any fisherman who experienced the cod collapse in my mother’s home province of Nova Scotia how the economy fairs when ecosystems break down.

It is tragic that one of the most challenging conversations we need to have as a nation is being distilled into an oversimplified and polarizing debate. We deserve a discussion that offers a mature conversation about how we will address climate change while fairly and justly transitioning away from the fossil fuel production the climate can no longer afford.

I refuse to be sold short by an old, dangerous, truncated story of Canadian prosperity that reduces our economy to a pipeline and suggests that measures like carbon pricing - a tool being used by almost 70 jurisdictions worldwide with little issue - is going to kill jobs. Particularly when I can look around and see working examples of economic diversification paired with climate action everywhere.

Renewable energy has created 15,300 direct jobs for Indigenous workers across Canada in the last eight years. Efficiency Nova Scotia has created 1,200 long-term jobs in one Maritime province alone. Kinder Morgan has told the National Energy Board it would create just 90 long-term pipeline operating jobs with the Trans Mountain expansion. Some of the world’s first all-electric low-emissions mines are being built in Northern Ontario and Quebec and will employ hundreds. Cutting methane pollution in Alberta will create thousands of jobs. The evidence is bountiful.

This is one of those moments in history that calls on all of us to stand unflinchingly in the hard truth of our condition. We cannot shrink in fear of the impacts of climate change and the implications of the tremendous effort demanded of us. We can not continue to soothe ourselves with half measures, significant as they may be. Transformational renewal and nothing less is what Canadians deserve, and it is already playing out right before our eyes.

The fundamental problem that sets up not dealing with global warming can be seen in all facets of this stage in our governance systems. To use a medical analogy, we are adressing the symptoms and not the causes - e.g. you are having some now chronic pain (see extreme weather, crop failures, political instability, refugees), so you take a painkiller, but that makes you fatigued so you take caffeine (or cocaine for that matter, rather than the hard work of physiotherapy and changing habits). Instant relief and gratification. The book “Shopping for Votes” explains the evolution of political strategizing leading to contradictory policies (i.e. treating the “symptoms” ), that work in getting re-elected. This is done by catering to various interest groups (defined by polling data rather than longer term evidence based decision-making) and also feeds the polarization we are seeing around the world. It also defines Canada in a very poor light re: Paris Climate rhetoric.

We are at or approaching critical positive feedback thresholds that will lead to the "6th great extinction”. The necessary information explaining positive feedback, is without any significant doubt. It needs to be widely and repeatedly disseminated to the public to make appropriate action by governments politically viable. This is unfortunately necessary, given the loss of faith in all institutions, which also needs to be repeatedly explored and investigated by journalism and carried by mainstream media.

Journalism is an absolutely necessary part of democracy and in order to fulfill its now more critical than ever role, given the loss of fabric of community-network i.e. citizens knowing and/or trusting their government to deal with current affairs. Yes we understand that “fake news” is about the self-serving nature of ourselves confirming our biases and social media manipulated for corporate profit. The proper role of Medicine is to help patients navigate sometimes inconvenient truths, and deal with the underlying causes before it is too late, even if they don’t like it….

Journalism and mainstream media concentration strongly contributes to this failure of democracy leading to this short term, narrow-viewed political viability, with a disconnected and appropriately cynical, and split public….

May I suggest that self-affirming sharings on social media reduces our angst and our likelyhood of reaching the unconverted....the above is a humble attempt to do so. May I suggest ongoing pressure on journalism and its media.

Well stated, Catherine! It is

Well stated, Catherine! It is an act of love: for everything that lives now, and we hope, for the future. The women in the church’s environmental committees will be relieved that not everyone sees them as frothing at the mouth light-headed tree huggers. (Har)! Protectors, men and women together rather, who understand that the time is now to make big changes or face irreversible changes to the climate that will cost us the benefits of the planet we have enjoyed for decades. So many decent ppl uniting to protect and preserve for the benefit of everyone, not just for our families or the folks with the big bank accounts. Thanks for what you do.