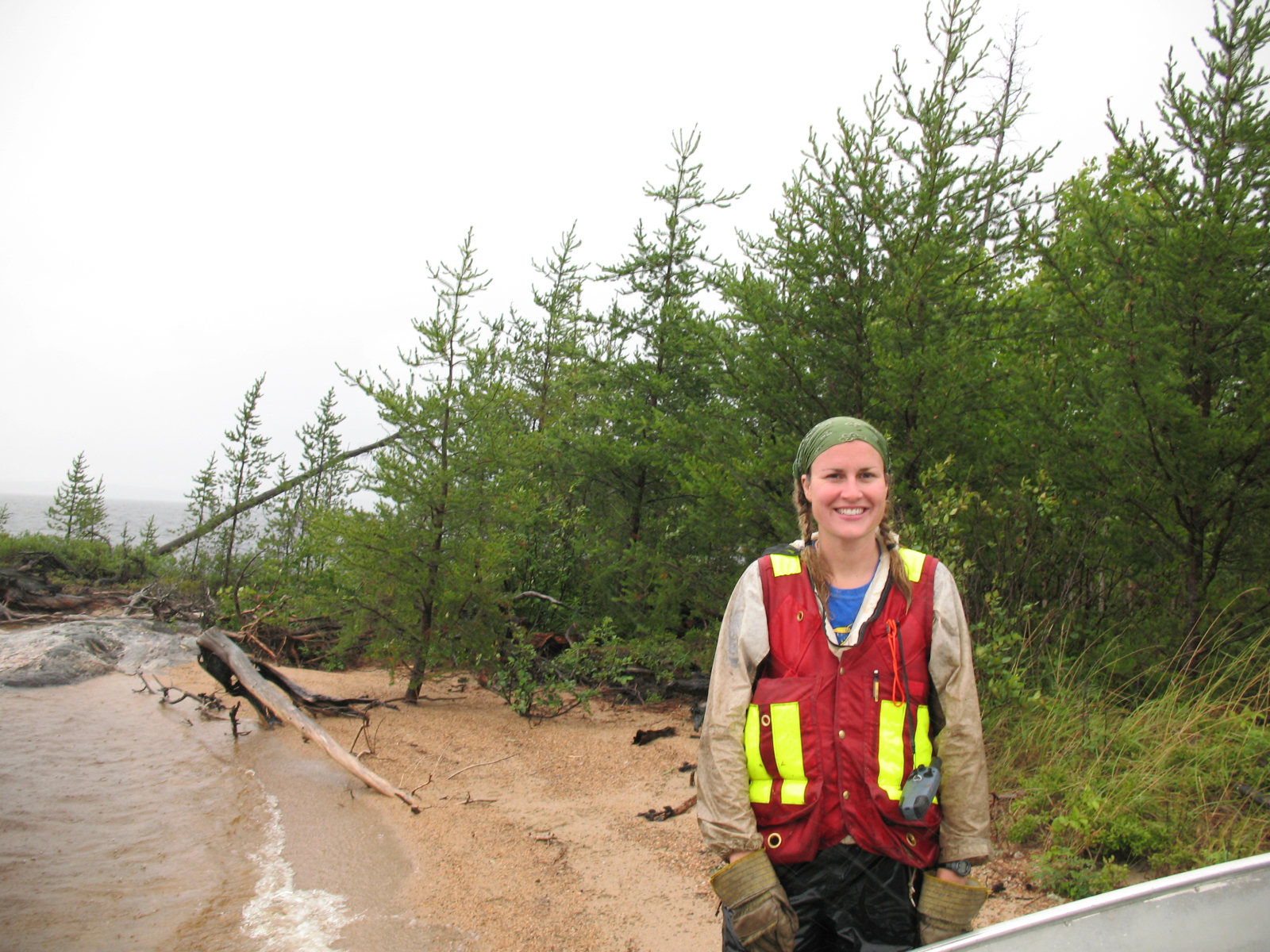 A group of five scientists in Ontario have assembled new research showing how the logging industry spread a campaign of denial about the disappearance of boreal caribou.

And they systematically compare this approach with "tactics" deployed by fossil fuel interests to deny the science of climate change.

Their peer-reviewed research, published June 26 in the academic journal Wildlife Society Bulletin, brings together a slew of evidence showing how “corporations, conservative think tanks, industry lobbyists, and their proxies have seeded doubt about the need for boreal caribou habitat conservation,” particularly within logging communities.

Their research paper names the Ontario Forest Industries Association (OFIA), a provincial trade association representing forestry sector firms, as a main source that is spreading denial of science. The paper says the business lobby group has “spread disinformation through industry publications as well as local media in forestry-dependent communities.”

Boreal caribou are a threatened species in Canada. Decades of scientific research have led to consistent results — populations of boreal caribou are declining, due to the way their habitat is being disturbed, with industrial logging playing a key role in disrupting habitat of the iconic species featured on Canadian quarters.

“Many people have a limited understanding of the difference between a fact and an opinion — especially in today’s political climate,” said the paper’s lead author, Julee Boan, in an interview with National Observer.

“If you can convince people that there isn't a problem, and if there is, you aren't responsible, then you might also convince them that nothing new needs to be done.”

'Important that we have an informed public'

Boan, who leads Ontario Nature's northern programming as its boreal program manager in its Thunder Bay office, has been been working on this issue for almost two decades.

She and her co-authors say this seeding of doubt has allowed the industry to “evade” requirements in the law for at-risk species recovery for a decade, spread the false idea that stricter habitat management is unnecessary, and distracted logging towns from the structural causes of mill closures and job losses.

The paper’s link between caribou denial and climate denial is solid, said Jim Schaefer, a professor of biology at Trent University who was not one of the paper’s authors.

“In both cases it seems like the science is calling for prompt action, but we also need a long-term vision,” said Schaefer, whose work studying caribou was cited by the scientists.

“There is a difference between pointing only to the uncertainties, and acknowledging what we know with some degree of certainty at the same time. With this species, it’s fairly certain that we know what we need to do,” he said. “It’s important that we have an informed public.”

Mark Hebblewhite, a science advisor for the Canadian government’s boreal caribou recovery group who reviewed the paper, said it will “hopefully will draw some attention to the issue of corporate self-interest and bias in discussing and responding to caribou conservation in Canada.”

Hebblewhite, who has worked in wildlife conservation science for decades, also accused the forestry industry last year of treating the decline of the species in the same way that climate doubters treat the science of global warming.

National Observer obtained the paper before it was published. It sent all OFIA quotes cited in the paper to the organization on June 21, along with the paper’s point-by-point rebuttal of each quote’s substance. On June 22, it also sent the paper’s general conclusions about the forestry sector and asked questions concerning OFIA’s reaction.

Ian Dunn, OFIA’s director of forest policy, said he could not provide a response without seeing a full copy of the paper. National Observer then informed the OFIA's federal partner, the Forest Products Association of Canada, on June 22 of OFIA’s position on not responding until the paper’s publishing.

In addition to requesting an interview, it sent a summary of the paper’s conclusions, and of OFIA’s quotes cited in the paper, and asked a series of questions about FPAC’s reaction. Cheryl Miltimore, FPAC's director of communications and labour policy, said the association was “aware” of the OFIA material cited by the paper, but could not provide a response before publication.

On June 26, after the paper was published, National Observer sent a link to the full publication to both OFIA and FPAC, and requested comment again, but did not receive a response before publication.

Scientific understanding drawn from evidence can be quite robust — such as the impact of lead paint, tobacco or the insecticide DDT on human health.

Even so, the scientific method, which involves testing hypotheses through procedures that can be reproduced in order to see how closely multiple observations align, often results in probabilistic statements rather than absolute truths.

Denial campaigns mischaracterize this element of scientific uncertainty as a debate over policy, the scientists say. They call this process “manufactured uncertainty,” a term they borrowed from 2005 research by David Michaels and Celeste Monforton about public health science.

“Many assume that it is a legitimate part of debate under the guise of a fundamentally important feature of democratic decision-making: skepticism,” the paper states.

“However, while skepticism is based in truth-seeking, manufactured uncertainty is willful ignorance. By challenging specific conclusions despite definitive evidence supporting those conclusions, opinions based on conjecture are made equivalent with conclusions based on facts.”

The “multipronged strategy” shares three “tactics” with climate deniers, the paper notes. Under the first tactic — “deny the problem exists” — the paper quotes industry material stating there is no “adequate understanding” of how caribou herds use the landscape, or a “firm grasp” of the differences of boreal caribou populations, known as ecotypes.

“A substantial body of scientific literature has shown that many populations of boreal caribou are declining,” the paper states. “There is sufficient scientific understanding of how boreal caribou herds use the landscape to inform science-based policy.”

The reality on ecotypes, they say, is that “virtually all current scientific literature on caribou populations in Canada acknowledges such diversity under the species level.”

Schaefer also said that was beyond reasonable doubt — he himself partnered with other prominent caribou researchers to investigate this question specifically. They looked at almost a quarter million caribou locations based on radio collars.

'Deny the source of the problem'

The second tactic, “deny the source of the problem,” points to industry statements characterizing the relationship between logging industry disturbances of caribou habitat with their decline as “very weak” or not yet scientifically valid.

This is similar to questioning the human contribution to climate change, the scientists say. The vast scientific consensus is that human activity, like burning fossil fuels, has caused all the warming observed since 1950.

Scientific research has also established a strong relationship between boreal caribou decline and habitat disturbance, including from logging and related road development, the paper says.

'Claim the problem is too costly'

Finally, the third tactic, “claim the problem is too costly to resolve,” says industry cites a threat of economic decline and job loss as evidence that firms need a no-holds-barred approach.

Here, the paper cites another OFIA statement from 2015 that called on the federal and Ontario government to “hit the pause button on all policy that would impact the wood supply in this province until clear and transparent economic impact analysis has been conducted.”

This is like saying a price on carbon pollution will raise the price of everything or destroy the economy, the scientists said. The evidence is the opposite — that carbon pricing works, and doesn’t undermine economic prosperity.

Employment in the forestry sector is down, mills have closed and economic activity has shrunk. In Ontario, 2013 employment was over 40 per cent below its level in 2000. But the scientists say this is not due to caribou closing off the supply of wood to loggers.

“In the many recent studies that have reviewed factors that most critically influence job loss in the forest products sector across Canada, reductions in potential wood supply associated with regulations to increase sustainability were not identified as a cause,” the paper states.

“Instead, deep structural changes in the demand for forest products, high labor and energy costs, and decline of real net investment in the sector were identified as key driver.”

Boan said it was “very legitimate” to ask if the industry could be harvesting more wood using current available land.

Scientists urged to jump into the public sphere

A five-year federal progress report released last year showed that Canada's woodland caribou herds and their habitat keep declining, with industrial disturbance increasing in dozens of caribou ranges, despite provinces being ordered in 2012 to develop plans under Canada's Species At Risk Act to protect critical habitat needed for the caribou to survive.

In a section titled "resolving the political impasse," the paper says scientists should “publicly refute false and inaccurate claims” and become "actively involved in interpreting and integrating scientific results into policy decisions."

Boan, who works with industry, First Nations and local conservation groups, told National Observer she has no axe to grind with the forestry sector — she has family in the business and it helps put meals on the table, she said.

“We can do it — we can develop plans that are going to do a lot for the recovery of boreal caribou,” said Boan. “But we can’t do it while we’re fighting denial campaigns."

Hebblewhite, the science advisor, agreed it was the role of scientists to test the veracity of claims in the public square, whether they be about cures for cancer or habitat protection to help species like boreal caribou. “If all we do is publish papers, we might as well shoot ourselves in the foot,” he said.

Schaefer said northern communities need sustainability for the long term, as they have been prone to boom and bust cycles.

“It’s often cast as jobs versus caribou," said Schaefer. "I don’t see it that way; I see that as a false choice. I think the real choice is between short-term gain and long-term sustained prosperity."

Manufacturing uncertainty: Deny the phenomenon, deny its cause, claim economic harm.
This is why we need to apply the precautionary principle.

The caribou habitat protection has much less to do with mill closures than shipping raw logs overseas and Canadian companies moving their mills to the US and shipping the logs there.