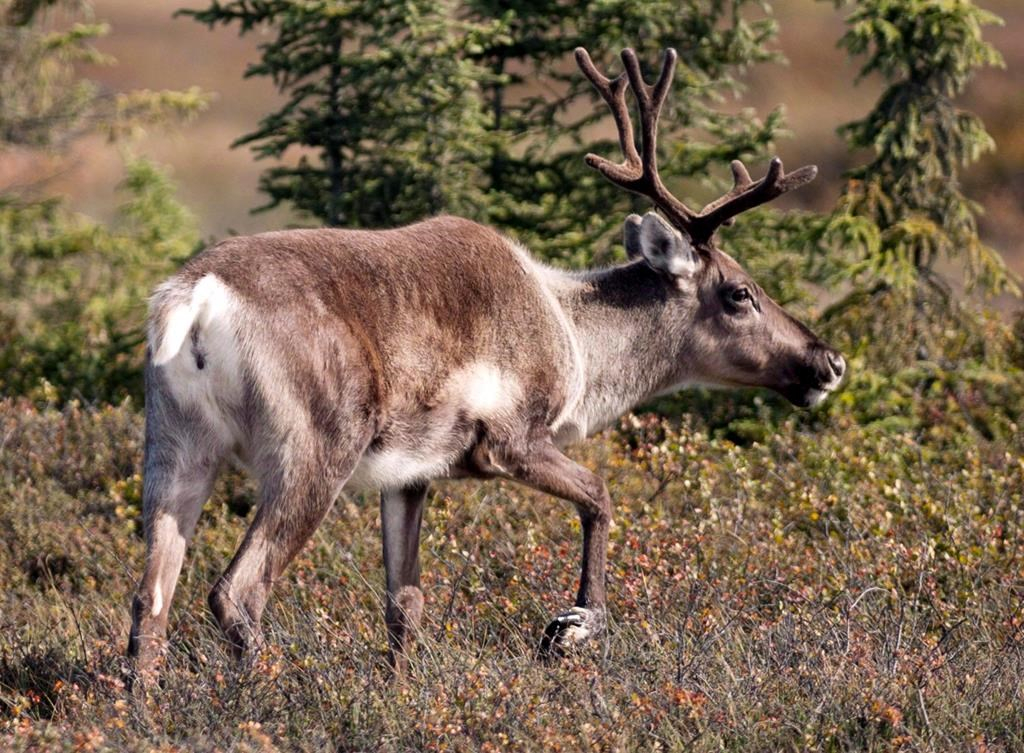 Caribou in Canada. Mark Hebblewhite, an associate professor at the University of Montana’s wildlife biology program, says the forestry industry is trying to buy time in order to delay costs. File photo by The Canadian Press
Previous story
Next story

A Canadian scientist who has researched endangered caribou recovery for years is accusing Canada’s forestry industry of treating the decline of the species in the same way that climate doubters treat the science of global warming.

Montreal-born Mark Hebblewhite, an associate professor at the University of Montana’s wildlife biology program, served on a science panel for Canada’s boreal caribou recovery, and has worked in wildlife conservation science for decades, including in Banff National Park and Algonquin Park.

He is the co-author with Université Laval’s Daniel Fortin of a letter, published in the Nov. 10 issue of the peer-reviewed academic journal Science, that takes aim at the forest and energy industries for being ultimately responsible for caribou dying out, and calls on the Trudeau government to "abide by its own environmental laws" to protect the iconic species that appears on Canadian quarters.

A five-year federal progress report released last month showed that Canada's woodland caribou herds and their habitat keep declining, with industrial disturbance increasing in dozens of caribou ranges, despite provinces being ordered in 2012 to develop plans under Canada's Species At Risk Act to protect critical habitat needed for the caribou to survive.

After the report came out, the Forest Products Association of Canada (FPAC) said “this is a complicated issue” and argued it showed many caribou ranges “do not have sufficient data.” President Derek Nighbor told The Canadian Press not enough is known about the boreal forest, or the impact of predators to put the blame on habitat disturbance.

But in an interview, Hebblewhite said there was more than sufficient information available. He accused the industry group of dragging its heels, and acting in “parallel to the anti-climate change lobby.”

“We know more about caribou than almost any other species in Canada, with respect to recovering them and how to recover them,” he said.

“Raising the spectre of, ‘We don’t know enough to act,’ is the same thing we’ve been hearing [about] climate change for decades, and look where we are with climate change...they’re reading from the same script. It’s a bit old.”

Hebblewhite said FPAC was one of the original industry groups that partook in workshops a decade ago that identified the science available for understanding which caribou habitats are critical. “In this case, we know how to recover caribou across the country,” he said.

In the letter, Hebblewhite and Fortin say the science showed that the “proximate cause of declines is predation,” and “predation rates on caribou are ultimately linked to unsustainable natural resource extraction by forestry and energy sectors.”

In a response to questions from National Observer, FPAC senior director of communications and public affairs Richard Walker noted the association was “the first national industry group to launch a climate change plan” to support Canada’s commitments under the Paris climate accord.

“While FPAC recognizes that there was a significant amount of research involved to help inform the 2011 Caribou Recovery Strategy, we want to ensure that new information regarding caribou conservation is incorporated into strategies to develop provincial range plans,” said Walker.

He argued the progress report showed that “several factors besides disturbance are impacting individual caribou ranges differently.” As well, he said climate change impacts “may alter much of what we know about caribou management and conservation.”

The industry has also helped fund research and applied information from research projects into forest management strategies, said Walker, as well as worked alongside governments, environmental organizations and Indigenous communities to develop initiatives.

But Hebblewhite said the industry is trying to buy time in order to delay costs.

“The real issue they’re lobbying about is because it’s going to be expensive,” he said. “There’s going to be hard decisions associated with caribou recovery. Again: we’ve known that, and that’s been coming, for five years.”

Hebblewhite said he wrote the letter earlier last month “as a shocked Canadian,” and felt “incredulous” that there had been a “massive environmental deadline that had come and gone with almost no fanfare across the country.”

The letter states that “the Trudeau government must abide by its own environmental laws and set a clear and rapid pathway to effective protection and recovery of caribou across Canada.”

A spokeswoman for the Canadian Association of Petroleum Producers said the progress report "attributed caribou declines to predation, in addition to anthropogenic and natural habitat loss such as fire."

"Alberta has taken a leadership position in recovery for caribou, and industry is doing its part to implement the plan," said media relations adviser Tonya Zelinsky.

"The oil and natural gas industry are making an effort to promote sustainability. We are prioritizing areas of legacy disturbance and integrating land management practices."

'Why bother having a law?'

Environment and Climate Change Canada released a plan in July to save the caribou. Advocates said at the time that it placed too much emphasis on collecting research. The department also acknowledged then that its plan was "partial" and rested on provincial caribou plans due last month.

The provincial deadline came and went with no jurisdiction releasing complete plans. Some had released draft plans, however, while others had said plans are forthcoming.

Meanwhile, the progress report showed that several herds were vulnerable to extinction, and fewer caribou ranges met federal requirements than in 2012.

Responding to the report, Liberal MP Jonathan Wilkinson, parliamentary secretary to the environment minister, told The Canadian Press that "a number of provinces and territories have taken action," but added "that being said, it clearly is not enough."

In comments to National Observer, Environment and Climate Change Minister Catherine McKenna's office also noted that the report "shows some progress is being made to recover this iconic species, but its population as a whole continues to decline as disturbance to its habitat continues to increase."

The Trudeau government was working with provinces and territories to "accelerate completion" of their plans, said the minister's spokeswoman, Marie-Pascale Des Rosiers, "through innovative and robust conservation agreements based on sound science."

"Our government is committed to the protection and conservation of biodiversity," said Des Rosiers. "It is an important legacy for our kids and grandkids. Over the last decades, we have seen boreal caribou continue to decline. This is concerning and impacts us all."

Provinces and territories have the primary responsibility for managing where boreal caribou live, she said. The government is determined to continue making progress on boreal caribou recovery, and will continue collaborating with jurisdictions.

"The recovery of boreal caribou requires unprecedented commitment, collaboration, and cooperation among the various groups involved in its conservation," she said.

"We recognize that a sustainable Canadian economy will require innovation, and we will work with businesses and others on effective solutions for both the environment and the economy. Successfully recovering caribou in conjunction with economic prosperity will be achieved through collaborative and innovative science-based solutions."

Hebblewhite said the fact that the Species At Risk Act is in place, but jurisdictions missed deadlines, called into question the commitment to environmental legislation in Canada.

“Either we have laws and we follow them, or we don’t. Why bother having a law? What message does that tell citizens? Should I stop at a stop light? Do I have to pay my taxes?”

Editor's note: this story was updated at 8:45 a.m. ET on Nov. 10 to add comments from the office of Environment and Climate Change Minister Catherine McKenna, and to replace a photo of barren-ground caribou, as it was not the correct subspecies of boreal caribou.