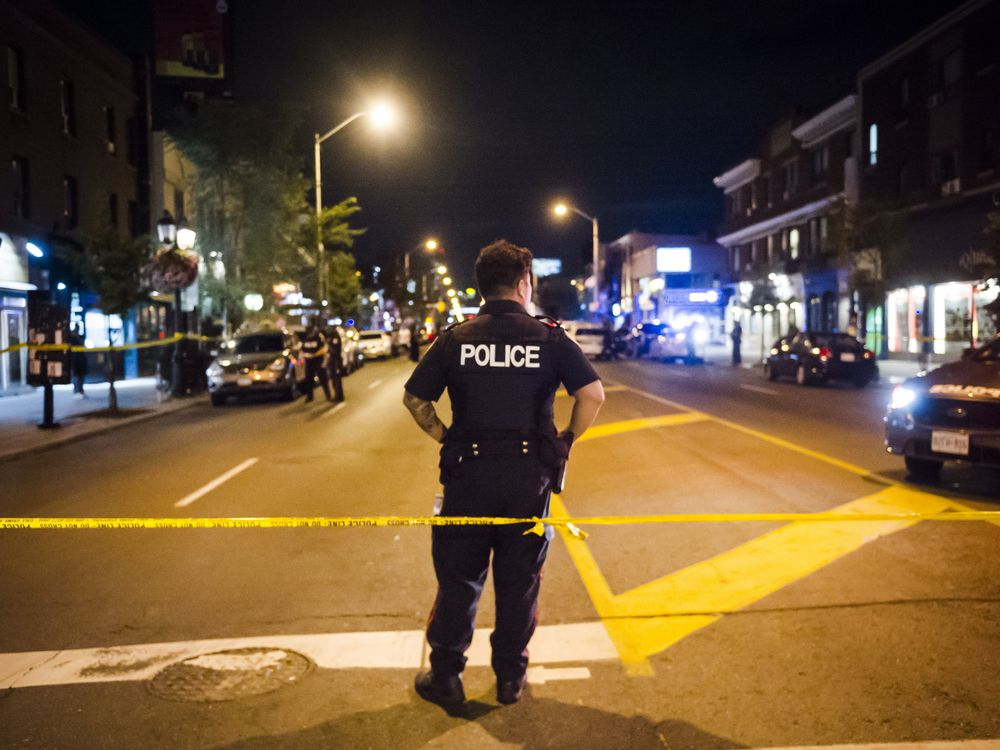 Toronto police in Danforth after a mass shooting on July 22, 2018. Photo by Christopher Katsarov/Canadian Press
Previous story
Next story

Toronto has been struck again, laid low by another mass killer. Eighteen-year old Reese Fallon is dead, as is 10-year-old Julianna Kozis. Many others are wounded. The killer is 29-year-old Faisal Hussain.

The family of Hussain issued a statement indicating their son has for years indicated suffered from severe mental health challenges, including psychosis and depression. Hussain's parents said Monday that they were devastated by their son's "senseless violence."

This is a pattern we've seen before. And all too recently. In April, 25-year-old Alek Minassian took a van and drove into a crowd of people in Toronto, killing 10. In 2017, 27-year-old Alexandre Bissonnette, a white supremacist, attacked people inside a mosque in Quebec City, killing six.

Even before the latest attack, we discussed the psychology of the mass killer with the renowned criminologist, Dr. Raymond Corrado, director of Simon Fraser University’s Institute on Violence, Terrorism and Security. Dr. Corrado has studied terrorists and lone delusional attackers for over 45 years, from Baader Meinhof and the IRA to ISIS.

He joined Sandy Garossino in studio before this week’s attack on the Danforth.

Go to the podcast here for more.

Sandy Garossino is an award-winning columnist for National Observer. Stay in touch: Use the promo code SANDY and save 20% on your annual subscription.

[email protected] speaks to renowned criminologist, Dr. Raymond Corrado, director of @SFU's Institute on Violence, Terrorism and Security, about what goes on in the mind of a mass killer. #Danforth #Toronto #QuebecMosqueShooting

How was Faisal Hussain able to get a gun?

Although he doesn't exactly

Although he doesn't exactly fit into the terrorist category you discussed, Richard Kuklinski was a cold-blooded killer for the mafia. The URL below is to an HBO documentary of an interview with him by a psychiatrist.