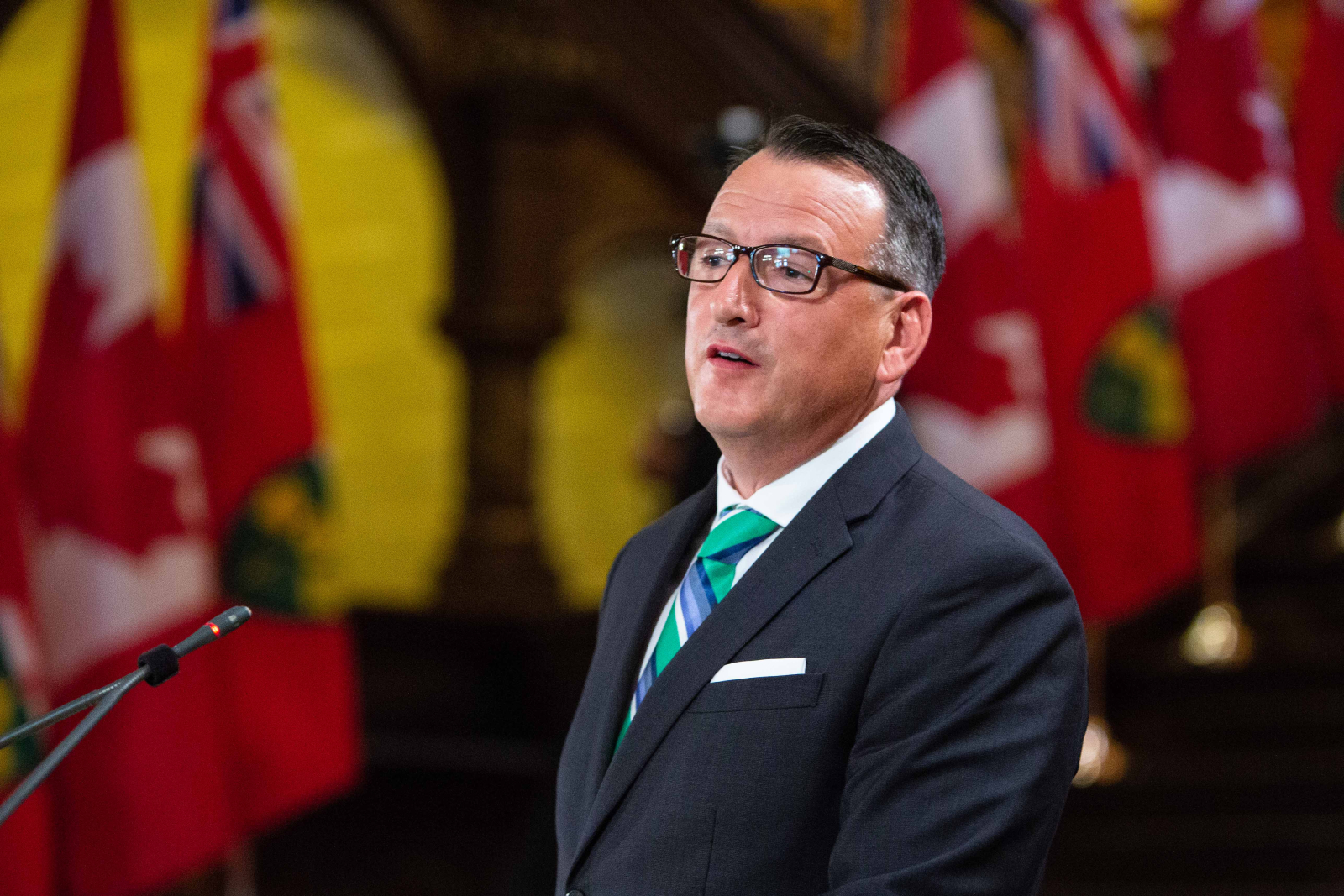 Kenora-Rainy River MP Greg Rickford makes a speech after being sworn-in as Ontario's minister of energy, northern development and mines in Toronto on June 29, 2018. Photo by Alex Tétreault
Previous story
Next story