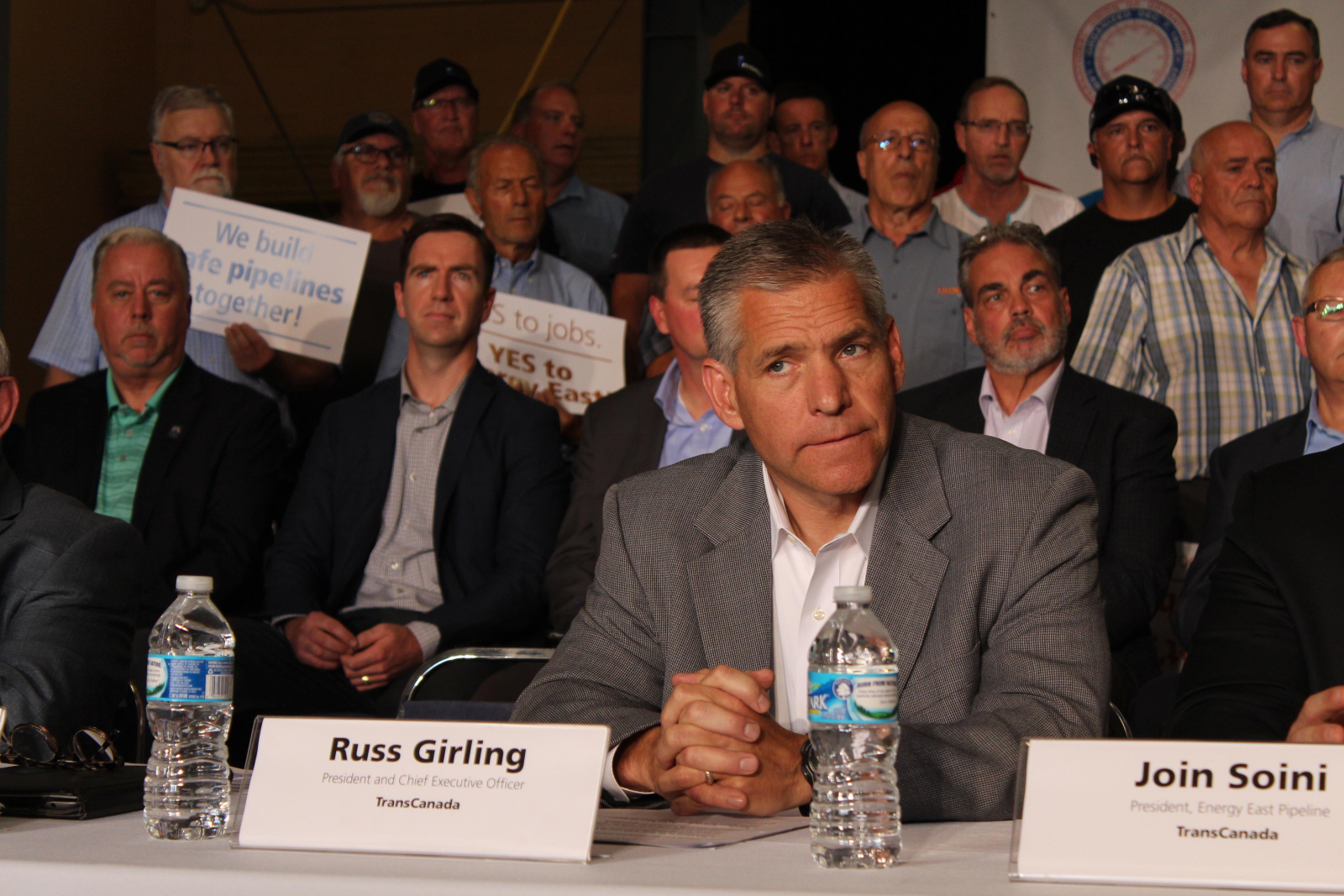 Canada's National Energy Board says it won't allow critics to speak out about accusations of bias against its panelists during hearings next week in Montreal, despite a month of explosive revelations about alleged improprieties and conflicts of interest at the federal pipeline regulator.

Lawyers representing environmental groups in Quebec and Ontario demanded this month that Jacques Gauthier and Lyne Mercier recuse themselves from the proceedings because they allegedly broke NEB rules, in January 2015, when they discussed the pipeline project during private meetings with former Quebec premier Jean Charest and other stakeholders. Charest was working as a consultant for Energy East pipeline proponent TransCanada Corp. at the time of the meeting with the NEB panelists and was invited by Gauthier specifically to discuss the project.

Energy East is a 4,500 kilometre proposed pipeline that, if approved, would ship up to 1.1 million barrels of oil per day between Alberta and New Brunswick. It's considered to be the largest pipeline project ever proposed in Canada.

In a letter sent on Tuesday to all hearing participants, the NEB said it would proceed with hearings in Montreal. However, the NEB's secretary, Sheri Young, added that the board would only allow people to submit written comments about the allegations and evidence uncovered in recent reports by National Observer. As a result, no one would be permitted to speak out loud "on these matters" during Energy East panel sessions, the letter indicated.

The lawyers representing the environmentalists said the off-the-record meetings violated NEB rules and tainted the review process since the regulator is supposed to hold open, transparent and fair hearings. The NEB has powers of a federal court and must avoid showing any appearance of a conflict of interest.

While critics have slammed the regulator for its private meetings, the NEB said that anyone who wanted to present arguments or comment on the request for the recusals would have to deliver them on-the-record and in writing before Sept. 7, 2016.

"Given that the Montreal Panel Session is scheduled to begin this coming Monday, the Board has decided that it will continue with the session scheduled for 29 August to 2 September 2016. Please note that all submissions pertaining to these motions or related matters must be in writing. The Board will not hear any oral submissions on these matters during the Panel Session."

Business leaders and oil producers say that Energy East is essential to create jobs and growth in a sector that has been hammered in recent years by slumping global commodity prices, while many environmentalists, First Nations leaders and some mayors are opposed due to concerns about spills and rising emissions, associated with oil production, that could push Canada's climate change goals out of reach.

Gaile Whelan Enns, the director of Manitoba Wildlands, a conservation group, has been tracking the ongoing developments in the Energy East hearing process. She said the latest NEB letter is a sign of a larger problem affecting the hearings. She said the NEB has introduced rules that will also impact the ability of Indigenous intervenors to fully participate and speak freely at the hearings.

"Generally speaking, the NEB doesn't allow much talking out loud," she said in an interview. "The concern is this is a paper process. There’s no ability to speak to these motions and that increases my concerns about the oral traditional evidence and whether Indigenous intervenors are going to get their hearings."

The Liberal government has recognized that Canadians have lost faith in federal oversight of industry and have pledged to modernize the NEB to restore public confidence in reviews of major industrial projects. All three panelists reviewing the Energy East project were appointed by the former Harper government. The Conservative government also extended Gauthier and Mercier's terms right before the 2015 federal election.

A spokeswoman for the NEB, Sarah Kiley, told National Observer in an email that she couldn't comment since the motions were before the Board.

Your report just confirms what most of us know - the oil companies have power over citizens concerned about our environment. We can produce many, many jobs in other industries that do not add to climate change. How about stories on this?