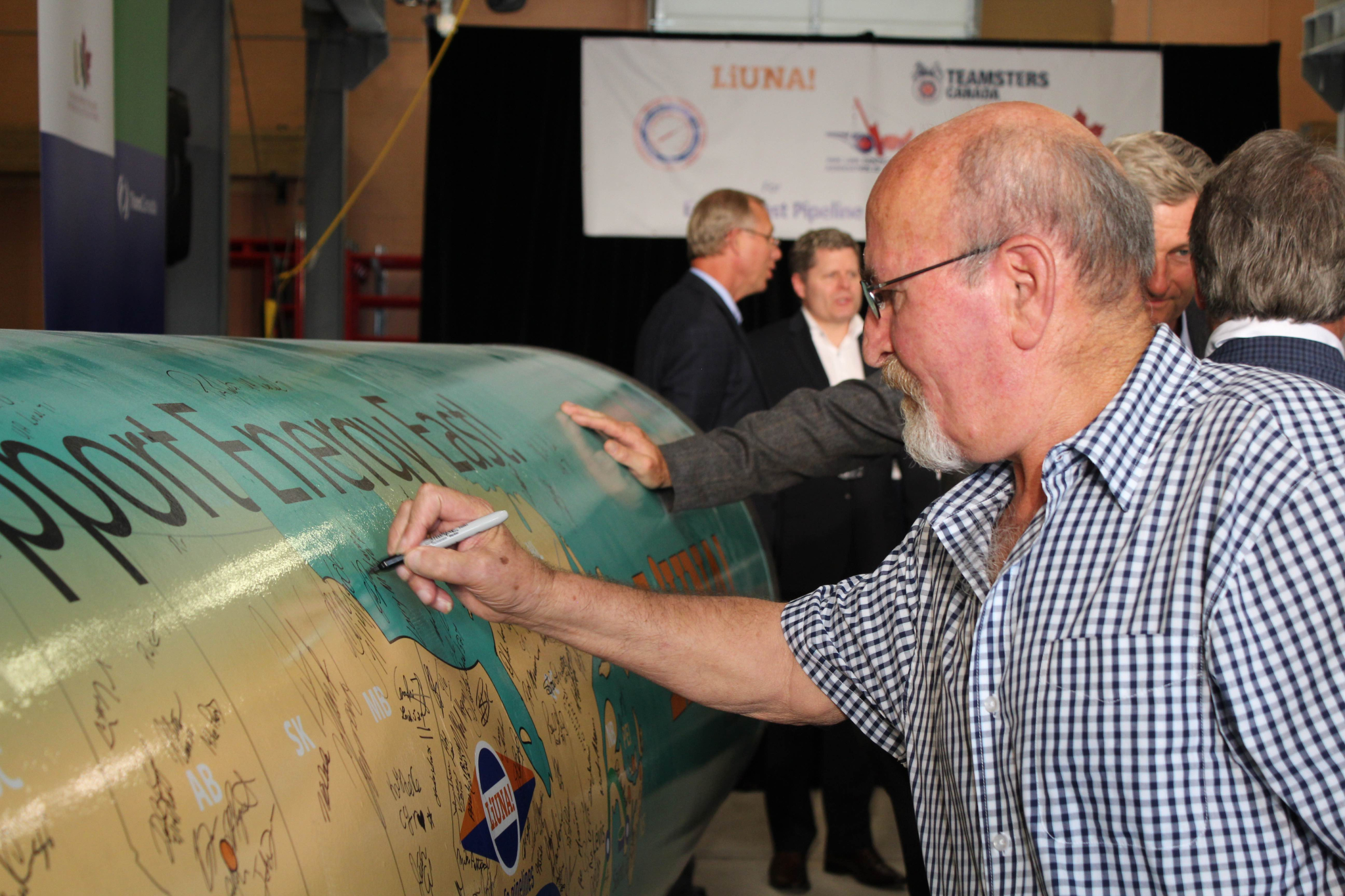 For the second time in less than a month, two members of a federal panel reviewing the biggest pipeline ever proposed in Canada are facing a legal challenge calling on them to step aside because they appear to be biased.

The two members of the country’s pipeline regulator, the National Energy Board, Jacques Gauthier and Lyne Mercier, met privately with former Quebec premier Jean Charest and stakeholders intervening in a review of the Energy East project — a 4,500-kilometre pipeline that, if approved, would ship up to 1.1 million barrels of oil per day between Alberta and New Brunswick.

Since Charest, now a lawyer at the McCarthy Tétrault firm, was working as a consultant for the project proponent, Calgary-based TransCanada Corp., at the time of the meeting on Jan. 15, 2015, opponents of the project say the discussion never should have taken place.

The legal challenge raises questions about whether Gauthier used a personal email account to contact Charest and conduct official business of the NEB. It also calls for Gauthier and Mercier's to recuse themselves from the ongoing review of Energy East. Public hearings on the proposed project began earlier this month in New Brunswick and were scheduled to continue next week in Quebec but now face a potential disruption.

The NEB has powers of a federal court and its members, like judges, must avoid taking actions that would show bias, such as meeting privately with one of the parties involved in a matter under review.

The new legal challenge, launched by Canadian environmental law firm Ecojustice on behalf of an Ontario group opposed to Energy East, is the second one to request Gauthier and Mercier’s removal from the panel in the wake of revelations about the NEB’s private meetings uncovered by National Observer. It follows a similar motion introduced by a Montreal lawyer, Dominique Neuman, representing environmentalists from Quebec with Stratégies Énergétiques and the Association québécoise de lutte contre la pollution atmosphérique, that also requested the reassignment of the NEB’s chief executive, Peter Watson, who participated in the meetings.

Thirty-six different environmental groups have also called on the government to suspend the Energy East hearings, pending a public inquiry into the private meetings.

The groups are among a vast coalition of mayors, First Nations leaders and other stakeholders that are opposed to Energy East because of concerns about a spill and its impact on Canada’s climate change commitments. On the other side of the debate, oil producers and business leaders say the pipeline is a key to economic growth in a sector that has been hammered by slumping global commodity prices.

In the new 17-page motion, launched on behalf of its client, Transition Initiative Kenora, Ecojustice said that the NEB must either remove Gauthier and Mercier from the Energy East panel or refer the matter to the Federal Court of Appeal for review, since their actions appear to violate NEB rules that are designed to ensure fair and transparent processes.

“In sum, the Guidelines were disregarded wholesale,” said the notice, signed by Ecojustice lawyers Charles Hatt and Dyna Tuytel. “Authorizations were neither sought nor granted. Safeguard procedures were not confirmed and followed, if they were even considered.

"This is troubling because the purpose of the Guidelines is to ensure fair, impartial proceedings before the Board and to promote Board Members’ compliance with the rule against bias.”

Ecojustice’s legal challenge also noted that Gauthier did not appear to use his official NEB email account for his discussions with Charest’s office, and had forwarded some of them to the NEB server. Hatt wrote that this raises “several aspects of concern” about when and how the discussions between Gauthier and Charest first started and what they talked about.

“Thus it is not possible to know exactly when Member Gauthier first engaged with Mr. Charest about Energy East, and on what basis,” said the legal motion filed by Hatt and Tuytel. “Second, the first email from Mr. Charest’s assistant also appears to have been sent to an email address other than Member Gauthier’s official Board email address.

TransCanada declined to comment on the calls for a suspension of the Energy East hearings and has also declined to say whether any of its employees known that Charest met with NEB officials before the January 2015 meeting took place. The NEB has not responded to questions about the matter since Aug. 4, but it has sent a letter to Neuman confirming that it would "consider" his request to review the actions of senior management and reassign people who were involved in the private discussions with Charest and other stakeholders.

TransCanada's chief executive, Russ Girling, has said that he wasn't personally aware of Charest's meeting with the NEB, and he denied any behind the scenes discussions were taking place to avoid public scrutiny about the project.

In an interview with National Observer, Hatt said the NEB should resolve this matter soon because otherwise, the entire review of Energy East could be overturned by the courts at the end of the process, wasting millions of dollars in public money as well as all of the resources and money spent by TransCanada on the hearings.

“Certainly they should resolve it sooner rather than later, because when members of the panel are potentially involved in circumstances that may raise a reasonable apprehension of bias,” Hatt said. “That’s the kind of thing that can have a dramatic influence on the proceedings.”

Hatt noted that under Canadian law, there is no need for definitive proof of bias to remove a judge or panelist in a federal review. A previous case, also involving the NEB from the 1970s, set a precedent when the Supreme Court ruled that the appearance of bias was enough to justify the removal of panel members who had a relationship with an industry proponent.

In that case, a legal challenge disrupted a review of a major natural gas pipeline from the Canadian Arctic to the south. To this date, this energy project, known as the Mackenzie Valley pipeline, has never been built.

The Ecojustice notice also said that some of Gauthier’s correspondence with Charest’s office came on Dec. 19, 2014, two days after the NEB publicly announced that Gauthier and Mercier would be on the Energy East panel. At that time, the panel’s presiding member, Roland George, pledged to lead a “fair and transparent” process that would uphold the regulator’s standards.

“This is a responsibility we take to heart,” George said in the pledge, which appears on the NEB website.

The NEB has said that the three-member Energy East panel of George, Gauthier and Mercier was first appointed on March 17, 2014.

But Teika Newton, from Ecojustice's client, Transition Initiative Kenora, explained that the two panel members who participated in the January 2015 meetings need to recuse themselves from the Energy East hearings so that the public will have confidence in the process.

“Communities and grassroots folks like us that will be impacted by the Energy East pipeline are depending on a NEB review process that is unbiased,” said Newton in a statement. “The NEB’s panel members should step down, plain and simple.”

Editor's note: This story was updated at 10:15 pm ET on Aug. 22, 2016 to correct that Jacques Gauthier emailed the Jean Charest's office on Dec. 19, 2014, which was two days after the NEB publicly announced the names of the panel members for the Energy East hearings.