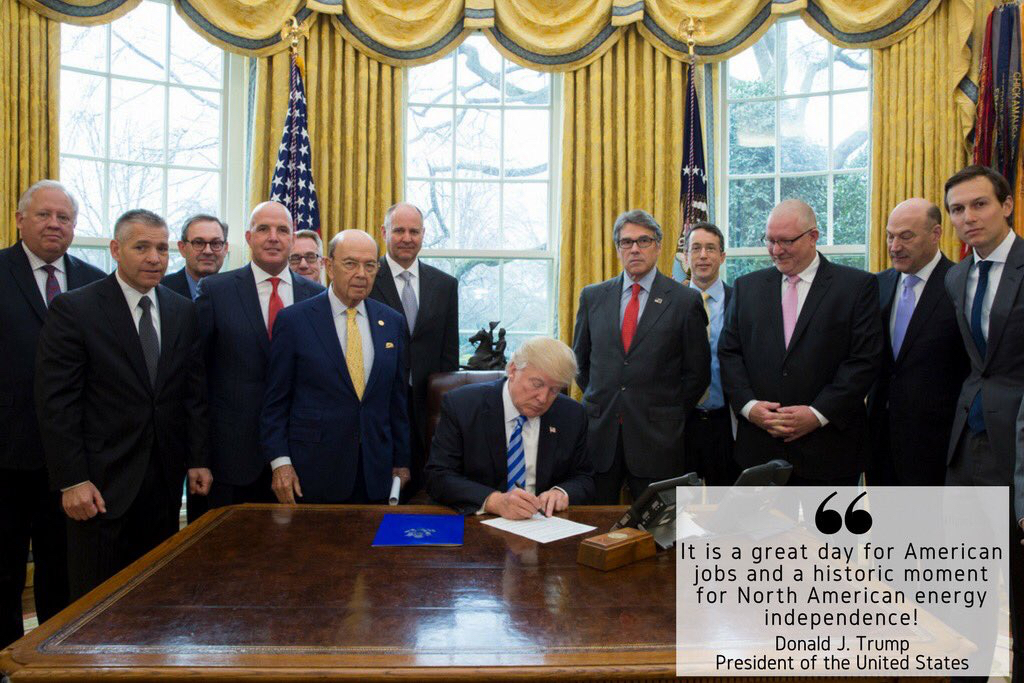 The Great Falls Tribune reports U.S. District Judge Brian Morris' order on Thursday came as the Calgary-based energy giant was preparing to build the first stages of the oil pipeline in northern Montana.

Indigenous and environmental groups had sued TransCanada and the U.S. Department of State after Nebraska authorities approved an alternative route to the one TransCanada had proposed through the state.

The groups argued the U.S. State Department violated several acts in issuing a presidential permit for the pipeline without a proper environmental assessment of the changed route.

Morris said in his decision Thursday the government's analysis didn't fully study the cumulative effects of greenhouse gas emissions, the effects of current oil prices on the pipeline's viability or include updated modelling of potential oil spills.

The ruling also blamed President Donald Trump's administration, several times, for failing to explain why it had reversed a previous decision made by the Obama administration that cited climate change as a reason for rejecting the project, The Hill reported on Nov. 8.

Trump criticized the ruling, calling it a disgrace.

"It was a political decision made by a judge," he told reporters outside the White House. "I think it's a disgrace — 48,000 jobs. I approved it. It's ready to start."

TransCanada and the U.S. government now have the option of appealing the ruling to the Court of Appeals for the Ninth Circuit.

with files from The Canadian Press and National Observer

Editor's note: This article was updated at 10:40 a.m. ET on Nov. 9, 2018 with additional comments from President Trump and background information.

And what about the question

And what about the question of whether TransCanada Pipelines Inc.'s workmanship on Keystone XL can be trusted, following Evan Vokes' whistleblowing about defective welding and other defects on Keystone Phase 1 passing inspection (and in some cases leading to actual failures) because of corrupted onsite inspections during construction? This would and should certainly fall within the scope of U.S. District Judge Brian Morris' concerns. Also, to date, to the best of my knowledge TransCanada Pipelines Inc. have not produced any proof that they have cleaned up their internal management practices to put a stop to this sort of thing and nor have they ever apologised to Evan Vokes or compensated him properly for what they did to him. It's a bloody Canadian disgrace that has been allowed to happen because of corporate greed, incompetence, snobbery based on money, "political correctness", denial and continual sly attempts to cover up. If this sort of behaviour isn't stopped then it will seriously risk Canada's international reputation for competent engineering and project management, and as a trading partner for other countries including the U.S. and all the others.

One good consequence of the

One good consequence of the delays is that more people are familiar with the concerns you raise. My partner and I have been continually shocked over the years since this pipeline was first proposed, by how shoddy some of the work was in particular instances, but also by how blatantly industry propaganda worked to ignore real concerns. The spill in Kalamazoo was a big shocker........bitumen inundating the landscape for hours because supposed regulators in Edmonton chose to assume what they were seeing on their screens was a bubble rather than a spill.

We can talk about foreign judges and whatever else we want.........but no ones land and water shed should be protected miles away, in another country or jurisdiction. A lot of the problems with these pipelines come to rest with the lax governance and environmental oversight of the companies themselves.

Thank goodness in both countries, there are judges who read the law.

48,000 jobs??? Let's have a list of the categories....what work these lucky hardhats will be doing, and for how long. Sounds like a con from a Con to me.