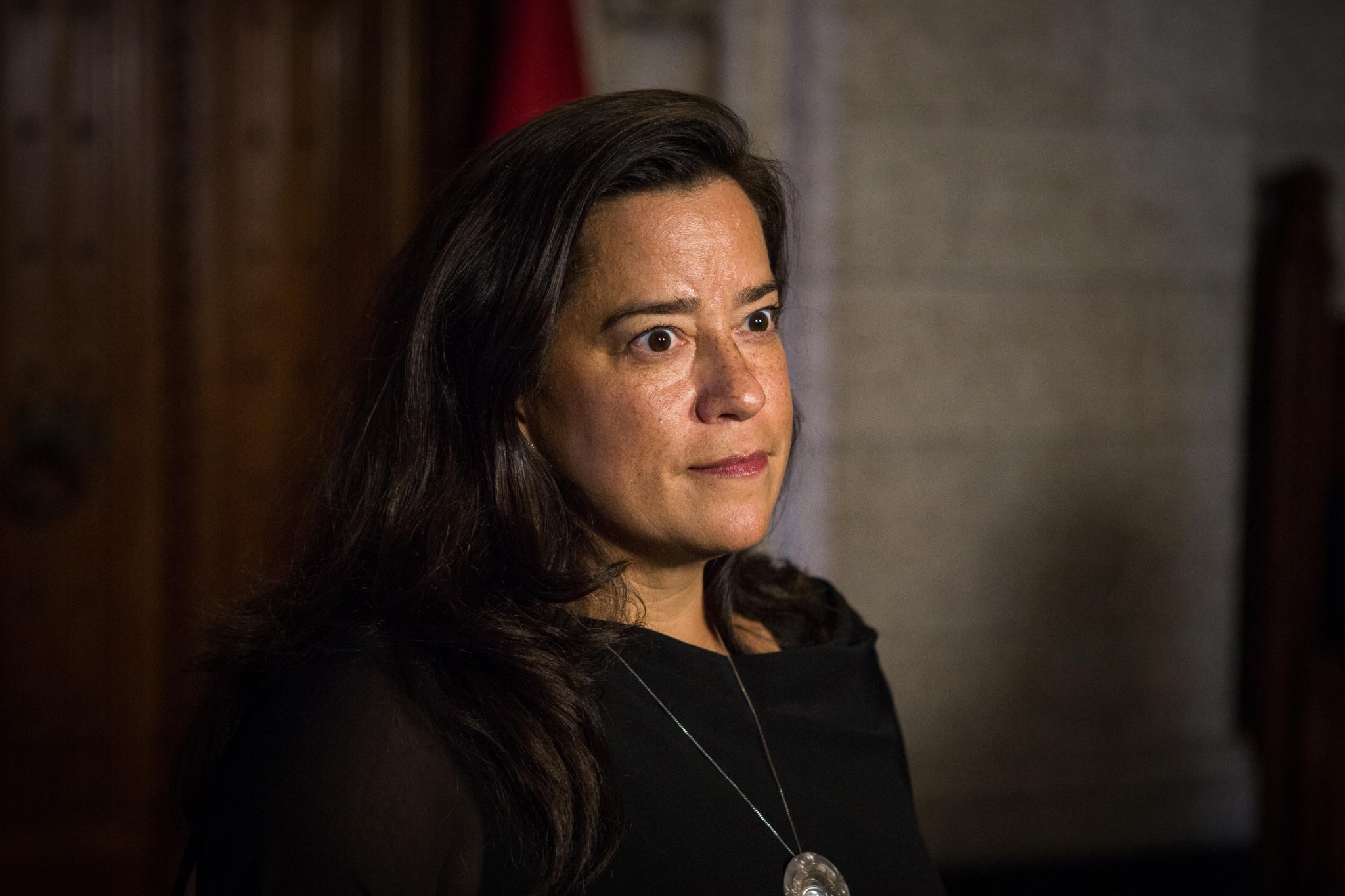 Jody Wilson-Raybould is now the minister of veterans affairs in the federal government. She is featured here during a scrum with reporters in Ottawa on June 19, 2017. File photo by Alex Tétreault
Previous story
Next story

Prime Minister Justin Trudeau says neither he nor his office ever "directed" Jody Wilson-Raybould to intervene in the prosecution of troubled SNC-Lavalin Group, following a report that said his office had pressured her to do so.

Wilson-Raybould, who until recently was Trudeau’s justice minister, "came under heavy pressure" from the Prime Minister's Office to "persuade" the public prosecution service to cut a deal with the Montreal construction company, the Globe and Mail reported Feb. 7.

Such a deal would allow SNC-Lavalin, currently facing charges for corruption and fraud before a court in Montreal, to avoid a criminal trial and instead pay a penalty and take other actions.

“The allegations in the Globe story this morning are false,” Trudeau told reporters Thursday in Vaughan, Ont. “Neither the current, nor the previous attorney general was ever directed by me or by anyone in my office to take a decision in this matter.”

National Observer has not independently verified the information in the report, which relied on anonymous sources.

Trudeau's response used language that differed slightly from the report, which said unidentified officials from Trudeau’s office had "urged" Wilson-Raybould to press the public prosecution office. PMO media relations had also used the term "directed" in an earlier response to the report.

However during Question Period later on Thursday, Wilson-Raybould’s replacement, Justice Minister David Lametti, expanded on the government's denial to say that neither Trudeau nor the PMO put Wilson-Raybould or himself "under pressure nor gave any directives."

The report said Wilson-Raybould had "trusted the judgment of the public prosecutor," who had "refused to negotiate" a deal with the company. The minister thought it was not proper for the attorney-general to intervene, "especially if there could be any suggestion of political interference."

Last month, Wilson-Raybould was shuffled out from justice, one of the top ministerial positions in government that she had held since 2015, to veterans affairs.

She later issued a statement stressing the importance of having an attorney general who is "non-partisan" and that it was "a pillar of our democracy that our system of justice be free from even the perception of political interference."

Scheer accuses Liberals of a coverup

During Question Period, Lametti fended off attack after attack about the report from opposition MPs who were furious at what they saw as mistreatment of the former attorney general.

"Those are the words and principles of the former attorney general," he thundered. "Why did the prime minister fire her for refusing to break them?"

Others implied Wilson-Raybould was an innocent victim of a too-cozy government-corporate relationship. “Was she fired because, at the end of the day, a friend’s a friend?” wondered NDP parliamentary leader Guy Caron.

Lametti stood and answered every question concerning the report. “Neither the prime minister nor his office put my predecessor or myself under pressure nor gave any directives,” he said.

"As the attorney general of Canada, I am the chief legal officer of the Crown and have the responsibility to give legal advice to the government in the public interest. I take these responsibilities very seriously."

“The former attorney general prided herself on speaking truth to power. She spoke truth to power behind closed doors and the prime minister fired her."

In a statement, Scheer also hinted, without invoking his name, that Trudeau had acted like U.S. President Donald Trump. “We have seen this elsewhere on the world stage, when leaders dismiss their attorneys general for defying their orders," he stated.

Editor's note: This story was updated at 3:45 p.m. Eastern on Feb. 7 to include responses to the report by Trudeau, Strahl, Scheer and Caron.

By this point I have very

By this point I have very little trouble believing this to be true.

Is this the smoking gun? Does

Is this the smoking gun? Does Mr. Trudeau honestly believe he is above the law? Is it time for more MP's to cross the floor? Will this story be ignored too?

Another scandal of "what

Another scandal of "what might have happened" - but has not. Scheer flapping around doing his Chicken Little dance.
In every government there are discussions never meant to reach the public, some call them cabinet confidentiality, some refer to client/lawyer privilege of confidentiality. Much of this "confidentiality" never makes its way into public discourse, government policy, or action. Humans, of every degree, discuss, toss around ideas, argue positions. It is all part of the "negotiations" we engage in, with ourselves and our peers to sort out possibilities. Indeed, this government may well have explored and argued for the idea of deflecting a full court prosecution of SNC-Lavalin. And it may well have done so purely for "political advantage". It would be silly not to expect that, given our adversarial political system.

However, and the crux of the matter is, that they have not, in fact, committed this particular manipulation, "legal" or not. It would be very dumb to think that the idea would not cross the minds of any party in the same position.

What is perhaps more symptomatic of the hypocrisy at the heart of human governance practice is the endless crafting of laws to enforce virtue and the endless slithering, and sliming behaviour of humans to evade the pains of "virtue".

Human ethics require us to act for the greater good - hence the legislation forbidding Canadian companies to engage in bribery/corruption for their corporate gain. Corporations, being psychopathic in nature will naturally react as though such prohibitions don't apply to them. Also, being psychopathic, means they will exert whatever pressure they can to deflect the consequences of their law breaking, including corrupting their own government. If blame is to be laid, don't exempt the devil in the guise of SNC, tempting the pilgrims, in the guise of the Liberal government. The Liberals may have wandered from the straight and narrow - but, they have not, so far, abandoned this particular path altogether.