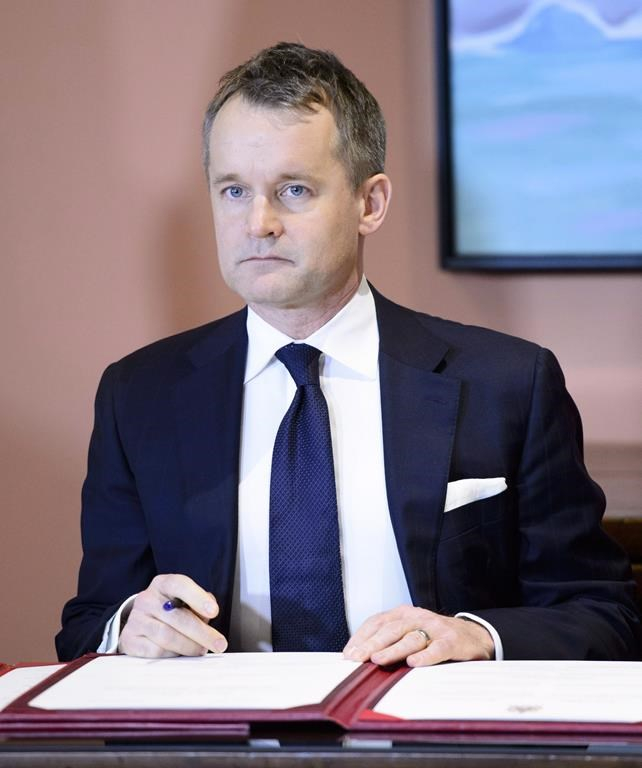 A noted veterans activist can proceed with his defamation suit against the former minister of veterans affairs after Ontario's top court ruled Friday that a deputy judge in small claims court had no authority to throw out the claim without a hearing on its merits.

In its decision, the Court of Appeal ordered the $25,000 libel suit Sean Bruyea brought against Seamus O'Regan back to small claims court for trial.

"If the government is so confident that they did not personally attack and defame me, then please let the case go to trial," Bruyea said after the ruling.

Bruyea, of Ottawa, sued O'Regan for an article in the Hill Times on Feb. 26, 2018. In the column, the then-veterans affairs minister took aim at Bruyea for criticizing a Liberal government decision to give veterans with service-related injuries the choice of a lump-sum payment or life-time pension.

Among other things, O'Regan accused Bruyea of lying about the program to suit his personal agenda.

The disabled veteran sued O'Regan, currently Indigenous services minister, and the attorney general for damages in small claims court, a division of the Superior Court of Justice.

In August last year, Deputy Judge David Dwoskin in Ottawa threw out Bruyea's suit pre-trial on request from O'Regan and the government. O'Regan had pushed for dismissal of the case under Ontario's "anti-SLAPP" legislation, which bars lawsuits that are aimed at stifling legitimate free speech.

Dwoskin found O'Regan's statements "constituted expression relating to a matter of public interest" and that Bruyea had failed to show his claim had substantial merit. The deputy judge ruled the public interest in dismissal outweighed allowing the claim to proceed to trial.

Bruyea appealed, prompting the higher court to ask whether Dwoskin even had the jurisdiction to dismiss the case based on anti-SLAPP legislation. Ultimately, the court concluded in a precedent-setting decision that deputy judges cannot hear such a motion.

The legislation, the Appeal Court said, expressly allows a judge to hear and rule on such a dismissal motion. However, unlike other provisions, the relevant section of the Courts of Justice Act makes no reference to deputy judges — lawyers appointed to hear small claims cases — having such power.

"Either deputy judges have been given the authority to provide certain relief, or they have not," the Appeal Court said. "It is not for the court to find authority where the legislature has chosen not to clearly provide it."

The Appeal Court also refused to decide O'Regan's request to toss the case based on the anti-SLAPP legislation, saying it would be inappropriate to get involved before the matter had been decided by a lower court.

Bruyea criticized O'Regan and the government for throwing up procedural roadblocks to a proper hearing.

"Bringing these technical motions in small claims court is frankly abusive and detracts from the real case at hand," Bruyea said. "A powerful government with endless resources should not be permitted to inundate individual Canadians with complex legal motions in order to avoid dealing with the merits of the defamation case."

O'Regan said on Friday that he was studying the ruling.

"I made it my job to speak to veterans across the country about the new programs and services available to them and their families," O'Regan said in a statement. "Sometimes these conversations were difficult but they were always valuable and we remain open to different viewpoints."

Some disabled veterans to get less cash under Liberal plan: budget watchdog

Too many politicians seem

Too many politicians seem inclined to cast aspersions on their critics/constituents over differences of opinion. Ad hominem attacks are dangerous weaponizing of free speech and the on-line world of instant communication provides far too easy opportunities to open one's mouth before putting one's brain in gear.

I wonder just how our elected federal and provincial members parse the expectation of "representative and responsible" that is the bedrock of our democracy? It might be desirable for all candidates for public office to pass an examination on the philosophy of ethics.