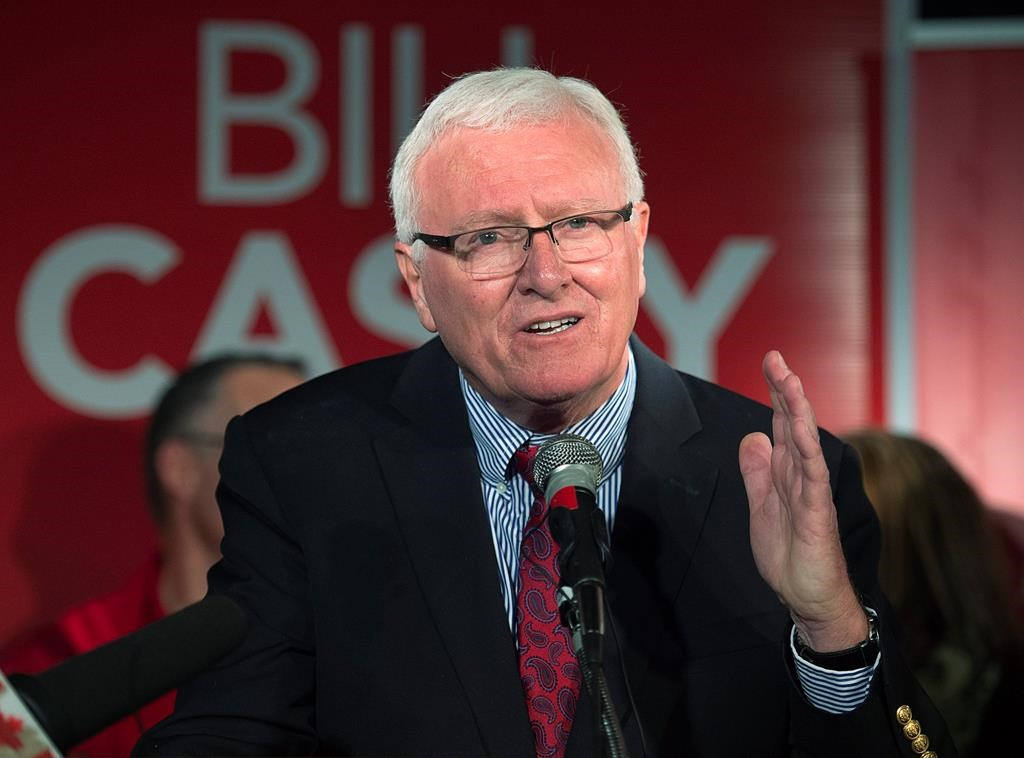 Bill Casey addresses supporters after winning his seat in the 42nd Canadian general election in Amherst on Monday, October 19, 2015. File photo by The Canadian Press/Andrew Vaughan
Previous story
Next story

The House of Commons health committee is calling on the federal government to investigate the problem of coerced or forced sterilization of women in Canada.

In the letter, committee chair and Liberal MP Bill Casey writes the committee heard the forced or coerced sterilization of Indigenous women in Canada continues to this day, but that the full extent of it remains unknown.

In June, lawyer Alisa Lombard, a partner with the firm Semaganis Worme Lombard, told the committee she represents a client, referred to as D.D.S., who was sterilized without proper and informed consent in December 2018 at a hospital in Moose Jaw, Sask. In April, the Saskatchewan Health Authority confirmed it is investigating a complaint.

The incident took place after the United Nations Committee Against Torture urged Canada to take action on the issue and report back after one year, Lombard noted.

The committee agrees with witnesses that urgent action must be taken immediately in order to address harms and to prevent it from happening in the future, Casey wrote.

"The committee is deeply disturbed by ongoing reports of coerced or forced sterilization of women in Canada and recognizes the need for an in-depth study to understand the full scope of the issue."

The committee is also recommending the government invite national Indigenous women's organizations to participate in all federal, provincial and territorial meetings aimed at addressing coerced or forced sterilization of Indigenous women.

It also suggests Ottawa work with the provinces, territories, health care providers and Indigenous organizations to establish a pan-Canadian data collection system through the Canadian Institute for Health Information to monitor sterilization procedures across the country.

O'Regan's office issued a statement calling forced and coerced sterilization a violation of human rights and a practice that is "deeply troubling."

It said it encourages anyone with specific criminal allegations to report them to police and promised to keep working with partners to improve access to culturally safe health services.

In June, the health committee heard from a Metis physician, Dr. Judith Bartlett, who co-authored an external review of the issue in Saskatchewan following complaints from Indigenous women. She said she does not believe women will come forward to the RCMP because there is "no safety there for them."

In 2017, the Saskatchewan Health Region issued a public apology following the release of the review from Bartlett and Metis researcher Yvonne Boyer, now an Independent senator for Ontario.

Boyer has been outspoken about her concerns about the issue since being named to the upper chamber; the Senate human rights committee has conducted its own study of coerced sterilization. The findings are expected to be released when the Senate reconvenes in the fall.

Boyer said in an interview Tuesday that she is pleased to see the House of Commons committee's recommendations, adding that she supports them and wants to see the conversation continue.

But she stressed the need for concrete reparations in the immediate term for victims.

"Canada would be wise to look at what's already been done in Peru and other countries and see how they have addressed this issue as well," Boyer said, noting that Peru put a registry in place for women to add their names and tell their stories.

Deeply disturbing - but certainly not unique. "Health" professionals have been implicated in similar actions where women who are disabled, mentally ill, and/or developmentally challenged have not only been sterilized but undergone complete hysterectomies (causing premature menopausal onset) in order to "prevent" conception (and the possible transmission of the genetic faults causing their condition?) and to suppress their sexuality. These actions illustrate that the "eugenics science" is alive and well. At times the parents of these victims have requested the procedures so they don't have to deal with unwanted progeny.

In many cases nothing like informed consent is possible so the procedures are validated by the legal guardians - who may in fact be the "state".

Medical ethicists have not, to my knowledge made the kind of fuss over these situations, that they have over abortion and euthanasia. Any inquiry into the systemically racist sterilizations should also consider the ethics of other, involuntary "sterilization" procedures.