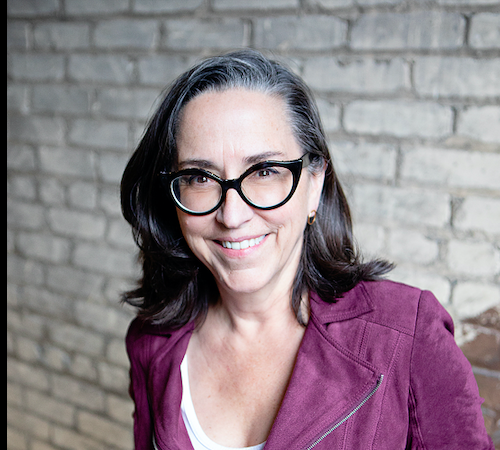 Observer Media Group is excited to announce that Laurie Few will be joining Canada's National Observer as Managing Editor. Few will be based in Toronto.

"Laurie brings formidable experience to the job as one of Canada's most respected leaders in the industry," editor-in-chief and CEO Linda Solomon Wood said. "Excellent journalism has never been more important in Canada. With Laurie Few joining our management team, we're launching a new and exciting phase of producing award-winning public-benefit journalism and the best writing in Canada for our subscribers and readers."

"The journalism being performed by Canada's National Observer, verified information that holds power to account, is crucial work being done at a crucial time," said Few. "Journalism that seeks out and publishes the truth is vital to the health of our democracy. Stories in the public interest are stories that need to be told. They are stories that Canada's National Observer tells. And they are why I am so proud to join this team."

Few was executive producer of the Global News investigative and current affairs show, 16x9, for six seasons. There Few headed up an award-winning team of investigative journalists and was responsible for all aspects of the show, including editorial direction, production and online content. During her time at the helm, 16x9 won numerous high-profile industry awards, including Canadian Screen Awards, national RTDNA awards and an Amnesty International Award.

Prior to 16x9, Few spent 19 years at CTV. First, for 10 years, she produced the highly popular consumer series "Goldhawk Fights Back" a consumer series on CTV national news with a strong emphasis on uncovering fraud and wrongdoing. Then, for nine years, she was a producer with CTV's investigative and current affairs show, W5. There, she was responsible for investigating, field producing, writing and producing stories airing on the nationally-broadcast program. She specialized in consumer and business opportunity fraud stories, as well as stories on social issues.

Most recently, Few was part of the senior management team at CPAC. As Director of Digital and Creative Content, she was responsible for working with editorial and production teams to plan and produce Canadian political content of the highest standard. While at CPAC, she also launched the only Canadian broadcast show exclusively dedicated to foreign affairs coverage, Perspective with Alison Smith.

In other developments, Carl Meyer, who has been serving as interim Managing Editor for Canada's National Observer since July, will step into a new role as Ottawa Bureau Chief.

"Carl is one of the top reporters in Canada on the climate file," Solomon Wood said. "He is trusted and valued by our readers and shines as a mentor and guide for his colleagues. I know our Ottawa coverage is going to be outstanding under his leadership."

Bravo, NO. Keep growing. You

Bravo, NO. Keep growing. You are a unique and most important voice in Canadian media.

Welcome Ms Few to this

Welcome Ms Few to this trusted news source. I look forward to learning the "truth" from your investigative reporting which is what National Observer can always be counted on to do. Blessings.

Congratulations Mr. Meyer on becoming Ottawa Bureau Chief. I don't know what you are going to do with all your spare time!!?? Blessings Thanks Linda for all that you do and for bringing us these talented professionals.

Thank you, Rick, for being

Thank you, Rick, for being such a wonderful supporter for so long!