What Canada can learn from America's 2020 election 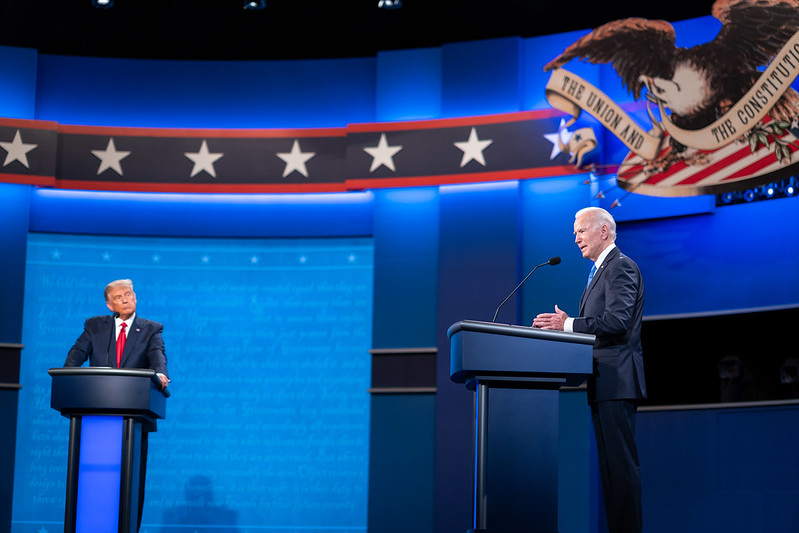 Like millions of Canadians, I am fascinated by U.S. presidential elections. Over time, I’ve also grown fascinated by our collective obsession with American politics. There are obvious reasons to pay attention to U.S. political tides, such as the size of our trade relationship. But the reality is, most Canadians probably didn’t have export stats on their minds when they were honking horns Saturday in celebration of Joe Biden’s win.

Some of it is personal: Here in Vancouver, the border is so close that you can reach it by public transit from downtown, and there are more expat Americans here than anywhere else on Earth. Most of us have personal or professional relationships with Americans, and often both. Full disclosure: I was married to one for 23 years.

However, I think the overriding reason Canadians obsess over U.S. presidential elections is fear; specifically the fear that whenever something ails the democracy next door, it will inevitably creep over the border and infect democracy at home. As one friend recently quipped, “When the elephant sneezes, we all get a cold.”

Given the steady erosion of democratic norms during Donald Trump’s presidency, it’s no surprise that we’ve been especially absorbed in the high drama of the 2020 election and understandably excited about the end of the current administration.

But how much will really change when Biden takes the reins? While millions of us were glued to screens and streams trying to decipher Electoral College math for what felt like the thousandth time, some simple truths of the American political system remain the same.

Any forward policy movement requires the Senate, and pending a Georgia run-off election in January, it may remain in Republican control. The defence of civil liberties and human rights is in the hands of a Supreme Court stacked with hard-line conservatives. Americans are also still Americans, and while that brings with it many good things, it also brings a doctrine of American exceptionalism that is based on an unquestioned belief that the United States is the greatest nation on Earth.

This situates Trump as an aberration. He’s not. More than 70 million voted to re-elect Trump despite everything they’ve witnessed and suffered through over these past four years. And here’s the real kicker: Trump voters will continue to have an outsized impact on policy in a Biden presidency.

Why? Unless Biden has nerves of steel — and his public persona sure doesn’t present that way — he will follow the pattern of past Democratic presidents and cater to Republican voters as much as his own because he believes he must in order to win control of the Senate in the 2022 mid-term elections. Electoral College math is just the beginning of the challenging calculus of American presidential politics.

So what’s a Canadian to do? First, we can learn the main lesson of the Trump presidency. If it smells like racism, misogyny and/or fascism, it probably is ... and you can’t ignore it out of existence. Up against the backdrop of the U.S. election, I was proud of B.C. voters for explicitly rejecting candidates in our recent election who made misogynist and transphobic statements. You have to confront hate early and directly.

Second, it’s time to give Canadian democracy a checkup. One of the most chilling parts of these past four years has been watching the failure of checks and balances Americans thought they had to prevent someone with authoritarian leanings from taking power. These range from the primary system validating Trump, through the failure of impeachment, right up to the final stacking of the Supreme Court.

Can we as Canadians even list the main safeguards to our own democracy, let alone identify the deficiencies and possible remedies?

While it's great to see Donald Trump go, don't expect too much change when president-elect Joe Biden takes the reins, @andreareimer writes.

Sweeping campaign finance reforms made in B.C. at both the provincial and municipal levels in 2017 are good examples of one way to strengthen democracy. But like most long-overdue major reforms, they still need fine-tuning and there are too many places in Canada without any real campaign finance rules.

What about our own Senate? That it’s appointed on the advice of the leader of Parliament — the body it’s meant to provide sober second thought to — seems an obvious flaw.

Finally, we need to consider that the best defence against catching what ails American democracy may be learning how to play offence. We can’t change geography, but we can choose political alliances and prioritize trade based on factors that go beyond geographic convenience.

Some relationships are strong and obvious — California has the world’s fifth-largest economy and is broadly aligned in policy directions and economic goals. But perhaps it’s time to shift some of our traditional focus and trade with other parts of America to stronger, more stable European allies who consistently share Canada’s policy aspirations on critical issues such as income inequality, structural racism and climate action.

I don’t think we’ll ever stop watching presidential races, but imagine how much better Canada could be if we were running our own race to the top on goals we define.

A couple of things come to

A couple of things come to mind:
(1) Elected Democrats need to stop believing the fantasy of moderate Republicans willing to consider voting Democrat. A piddling number may exist, but far too few to make a difference in any election.
This ridiculous, unsubstantiated belief is why Democrats lose so many elections despite the racism and general awfulness of the Republican Party. At least the GOP represent their base, while the Democrats actively defy theirs. Only the Right gets representation in the US. The result is that liberal voters are not inspired to wait seven hours in line to vote unless the alternative is truly appalling. They voted against Trump much more than they voted for Biden.
Authoritarian billionaire-boosters vs. wimpy billionaire-boosters. Those are the options in the 2-party system.
(2) Speaking of the 2-party system, it's very likely there's a strong link between it and the polarization continuing to rip America to shreds. This is, sadly, the ultimate result of a first-past-the-post electoral system. Canadians should fear it. The more we give power to only two parties, the farther we will go down that path. The only long-term solution I'm aware of is electoral reform.

Some excellent points......particularly concerning the centrist Democrats weakness in confronting the worst elements of the Republican party.....but I would caution Canadians against the self satisfying belief that we in the great north are free of fascistic tendencies.

Yes the B.C. New Democrats strengthened election contribution rules that limit the influence of big dark money (billionaires on the right buying elections)........as did the Notley government in Alberta. But our current Alberta premier, Jason Kenney, has just opened the floodgates for third party cash............and if B.C. voters play true to Canadian form and do the electoral two step next time.......Dark money can flood any provincial system in a weekend.

Fascism exists in Canada. What do we think the Rebel Media site promotes? What forces wish to end public broadcasting inspite of all the research that it works to weaken polarization and disinformation between classes? Who is it objects to 'activist judges' whenever a decision goes against their beliefs and wishes? Remember the Supreme Court decision on Omar Khadr....which party faithful were incensed at the financial reparations the Supreme Court awarded him for his years in Guantanamo??

And what does the shameful decision in the case of Coltan Bouchie versus a Saskatchewan property owner tell us about who we are really???

In my darker moments, I suspect the only difference between us and them, is they are bigger, have more dough, and more experience throwing their weight around.

If we had a foreign policy separate from those international bullies I'd be more hopeful. If we stopped pretending a pop up selfie taker 'trumps' a duly elected president (there were observers in Venezuela), if we were discussing why Moreles party won the recent election after that American christo-fascist coup of a few months ago...........I'd have more hope.

But so far, all is quiet on the Canadian front......east or west, we behave like a colony......going so far in Alberta, to invest billions in an American pipeline....1.5 billion cash plus loan guarantees. Alberta may be broke, but its preference was a Trump win, hope 'trumping' reality as it so often does in fascistic circles.

Canadians should think about

Canadians should think about what a Premier or Prime Minister in the same mold has Trump coming to power, Canada too has many norms and conventions that are not written down, just followed. Who would stop an autocrat? Governor General or Lieutenant Governor, unelected beholding to the ones who appointed them., not a chance besides they uphold the Monarchy, that great bastion of Democracy. Court rulings have been ignored by governments, even election laws passed by a government have been violated by that same government with no consequences.

Love is the ultimate anarchy

Love is the ultimate anarchy in a system built on fear and power. Trump's worshippers were hoping they could wear some of that power-at-any-cost attitude. It is an illusion to destroy civil society for the will to power because it destroys lives and futures and we all carry that fear of being powerless.