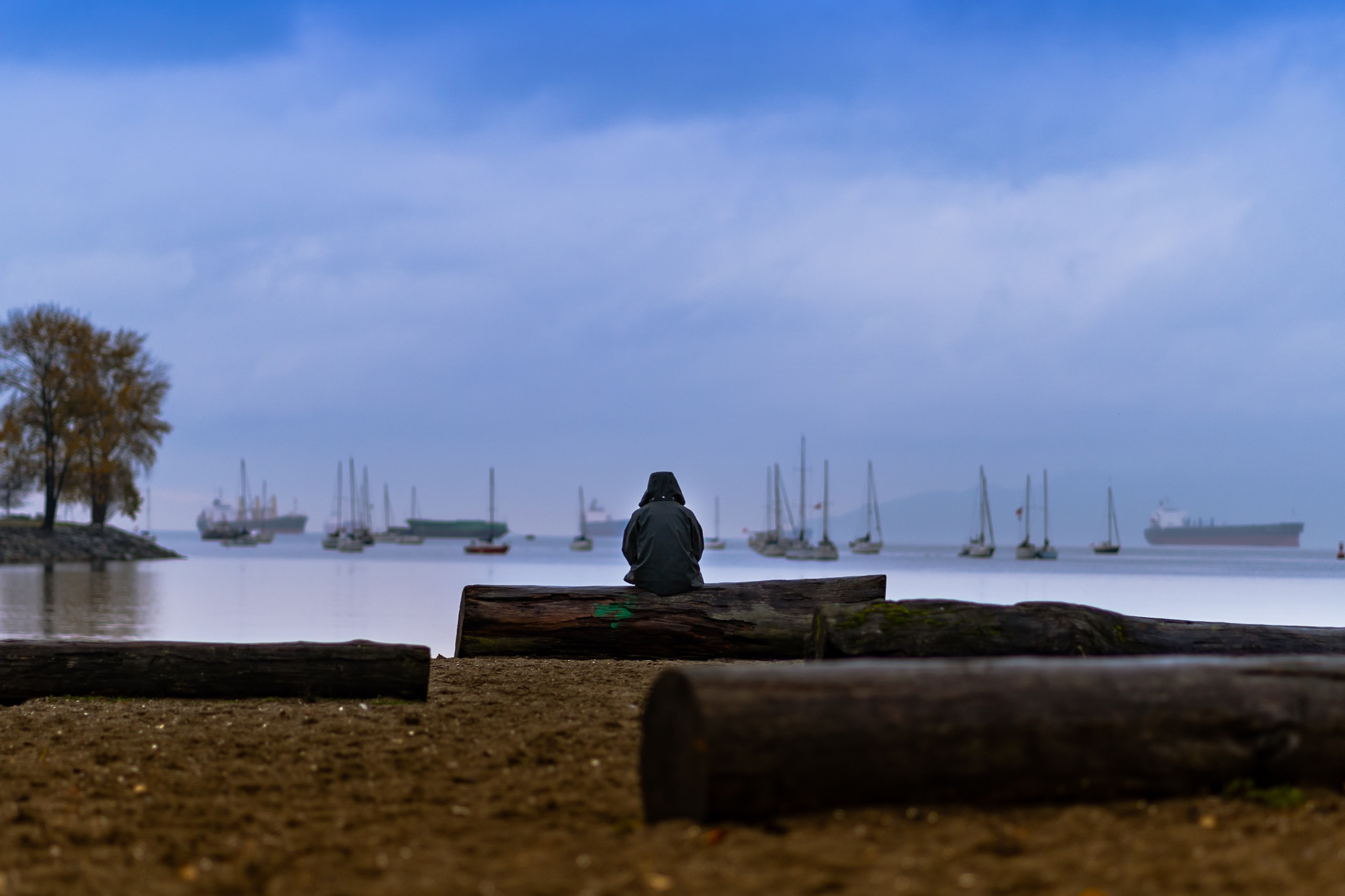 Ottawa wants to know what it would take to convince Canadians to take climate-friendly action and has designed a research unit to uncover the best ways to motivate people to change. Photo via Tomas Williams / Pexels
Previous story

Ottawa wants to know what it would take to convince Canadians to switch to electric vehicles and take other climate-friendly action. To find out, the government has designed a Behavioural Science and Climate Change Program to uncover the best ways to motivate people to change.

Early priorities also include studying how to encourage energy efficient retrofits, according to documents obtained by Canada’s National Observer through a federal access-to-information request.

The behavioural change program was launched in September, according to a memorandum of understanding (MOU) signed by Environment and Climate Change Canada (ECCC), Natural Resources Canada (NRCan) and the Privy Council Office’s (PCO) Impact and Innovation Unit.

ECCC is interested in a wide range of questions — from how to encourage a circular economy that sees more products reused, resold, repaired, remanufactured and shared, to how Canadians would respond to increased transparency about the government’s climate plans.

“Along with major shifts in energy, transportation, agriculture and other large-scale systems, the choices of individual Canadians and businesses will play an important role in the fight against climate change,” said ECCC spokesperson Samantha Bayard.

“We need to do more faster, and we know that awareness and education on their own are often not enough to drive behaviour change.”

“It will help us translate real-life emotions, habits, beliefs, biases and social context into practical ways to improve the design and delivery of programs, processes, regulations, communications and other interactions we have with Canadians,” Bayard said.

David Hardisty, an associate professor and chair of the marketing and behavioural science division at the University of British Columbia’s Sauder School of Business, said understanding people’s behaviour should be thought of as one tool of many, alongside things like legislation. But citing the ongoing pandemic as an example where public health rules are flouted by some people, he said it’s clear new rules aren’t always enough to drive change.

“Maybe we've underinvested in understanding human psychology and behaviour in that arena, and it shows how you can't just rely on changing the laws,” he said. “Climate change is also a polarized issue, it's a complicated issue, and you can't just fix the law and everything will be taken care of.”

“Climate change is also a polarized issue, it's a complicated issue, and you can't just fix the law and everything will be taken care of.” #cdnpoli #ClimateCrisis

Shifting consumer behaviour has been flagged by the United Nations Environment Program (UNEP) as an important way to address climate change given that some estimates project two to three billion people joining the ranks of middle-class consumers by 2050. The UNEP has said every nine months, the world’s population consumes more natural resources than could be sustainably produced in a year, and that changing consumption patterns is crucial to sustainable life on Earth.

“Achieving this aim requires decoupling economic growth and human well-being from the unsustainable use of natural resources,” reads a UNEP report from 2017.

The UNEP has said effective strategies to encourage better choices are to make the greener choice the default choice. Using the example of organ donations, the switch from opt-in to opt-out for donors dramatically transformed organ donation rates, offering possible lessons to be learned for climate change. Germany for example, by default has customers using renewable energy, requiring people to opt-in for fossil fuels in a move that has led to increased green electricity use.

Hardisty said behavioural science research gives likely options for what could work to nudge behavioural changes, but it’s difficult to predict with absolute certainty. Researchers tend to trumpet what works, not what doesn't, he said. Still, green nudges that shift purchasing habits, like labelling emissions on food, could help.

“Different food you eat has different climate impacts, and so there's (some research) showing if you have properly created climate labels … it both improves people's knowledge and also changes their behaviour to make them choose more climate-friendly foods,” he said.

Another way to change behaviour to encourage greener choices may be through guilt. Since Halifax launched a clear plastic garbage bag strategy, where neighbours could hypothetically see each other’s waste, the city has reported significantly higher recycling rates. Similarly, research found Calgary residents were more likely to leave grass clippings on their lawns rather than bagging them for garbage after pamphlets were given out with messages like “Your neighbours want you to grasscycle.”

Both ECCC and NRCan confirmed results of its behavioural science research will be made publicly available.

Two of five research fellows have already begun the work, with others expected to be hired in the coming months. Wook Yang, a PhD candidate at the University of Toronto, is working under NRCan’s energy efficiency program, while Katie Harper, a recent PhD graduate from Ryerson/X University is working within ECCC’s mandate.

According to a memo about the MOU, the program is scheduled to run until 2024, though it is currently only financed for this fiscal year, meaning the parties will reassess its future in March. The expected cost for the next two years is about $1.5 million.

money and availability.
doesn't matter if you think it is real if it is easy to do and saves you money!!! ( see Texas ranchers going solar, Cathrine Heyho)
so…. subsidies for ev’s
free public transit
lots of easy to access retrofit money for home and business
regs stopping hydro from blocking local solar and wind

no study needed. the solutions are all there

governments nudge behaviour for the masses.
so far its the 20% who will change for green no matter the inconvenience or cost.

mostly this sounds like more soft obstruction while tar sands and coal extraction, and clearcuts roll on faster than ever

Agree. The time for models,

Agree. The time for models, surveys, studies, and experiments is long gone.

Regarding… "green nudges that shift purchasing habits, like labelling emissions on food, could help", I am not sure how realistic is this suggestion, given that in North America we do not even have regulations like Europe and Asia to mandate listing of food ingredients (whether they are GMO or not), let alone listing of food emissions.

Leadership will change attitudes, lead by example. The government needs to show us they are serious by taking actions that may risk their popularity.
They need to publicly take actions to show us they have the attitude that it takes to make real change.
When the public sees that the oil sands are on an identified trajectory to end production, it will be a clear message to get on board, adjust our attitude and make personal decisions in the same direction.
Decreasing emissions of the oil sands is not the same a decreasing production, it’s the wrong message. We need to hear loud and clear, oil production is coming to an end so get ready and the government is here to help each of us.

Thank you very much for this

Thank you very much for this comment. That is exactly ( almost verbatim ! ) the message I sent in my submission to the Net Zero Advisory Body: Many people won't take climate change seriously unless they see the government doing so....This includes re-allocating our money that they are spending horribly on the TMX pipeline and re-allocate it to a Just Transition / Green New Deal. Peter Julian has a Private Members Bill telling them to do just that. So when will they finally listen???????!!!!

We need an attitude

We need an attitude adjustment at our highest level of government -- at the level of stopping fossil fuel subsidies, stopping exploration for new sources of fossil fuels, and stopping new infrastructure that supports and enables the proliferation of private vehicles. We need more widespread education about the manifold anthropogenic threats to all of life on earth including and in addition to climate change, and we need our governments to stop pandering to corporations that drive the destruction.

We need an attitude

We need an attitude adjustment at our highest level of government -- at the level of stopping fossil fuel subsidies, stopping exploration for new sources of fossil fuels, and stopping new infrastructure that supports and enables the proliferation of private vehicles. We need more widespread education about the manifold anthropogenic threats to all of life on earth including and in addition to climate change, and we need our governments to stop pandering to corporations that drive the destruction.

Well, when it comes to

Well, when it comes to electric cars, they could save a lot of effort by just saying "So, what's Norway doing? Let's do that."

Interesting that we have to

Interesting that we have to change our attitudes but the oil and gas industry doesn't.

The real challenge is how to

The real challenge is how to we change the Trudeau government's behaviour in pushing ahead with the Trans-Mountain pipeline, supporting building of the Gaslink pipeline on Wetsuweten unceded lands, and promising to but never actually removing fossil fuel subsidies. Makes their work on trying to figure out how to motivate Canadians hypocritcal at best.

This is obscene. It's not

This is obscene. It's not the public who needs the attitude adjustment. Chalk this up to the PR guys in government who figure it will come across as the Liberals intending to do something.