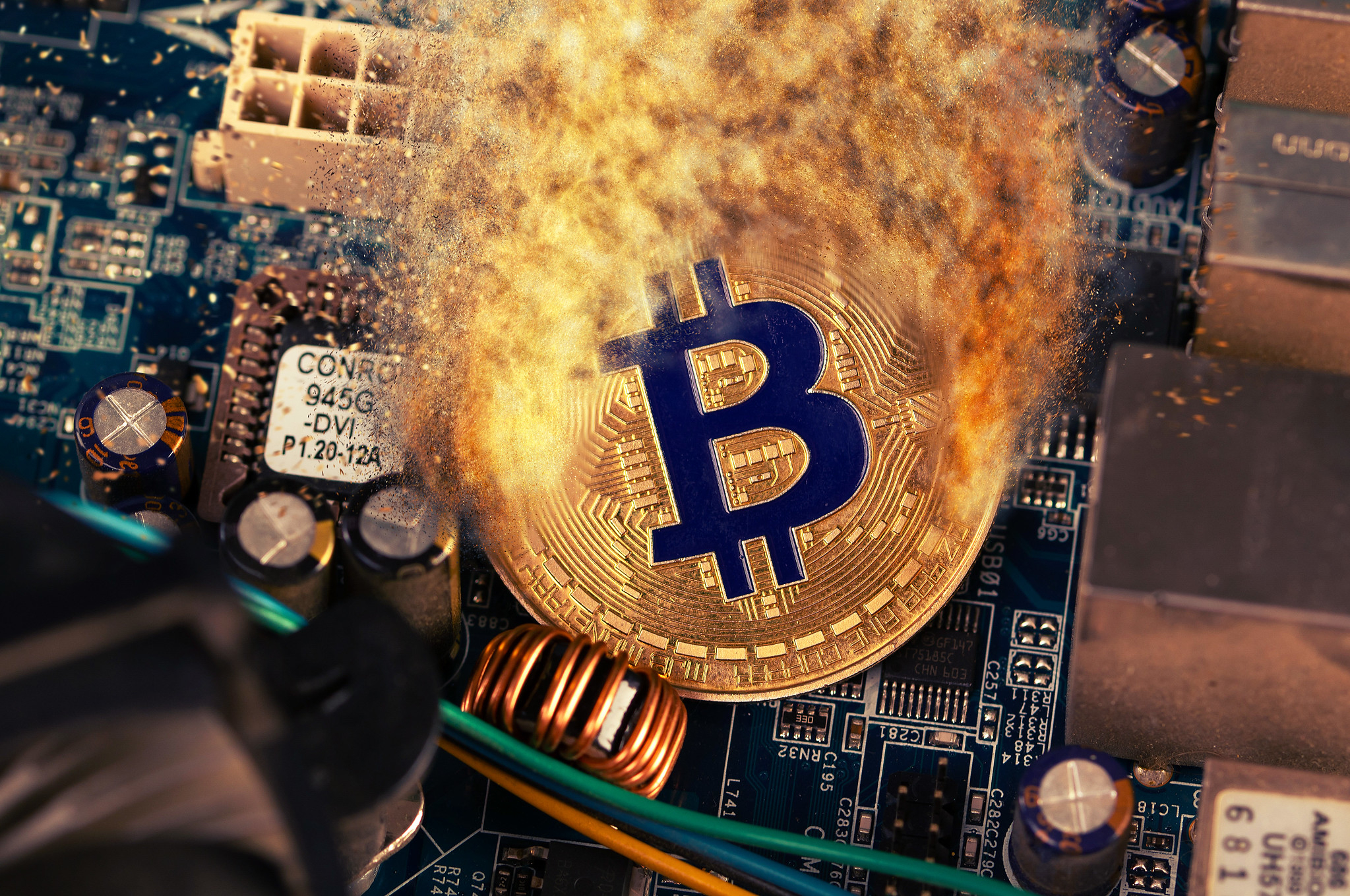 Cryptocurrencies are little more than a speculative asset, writes columnist Max Fawcett, and one that’s used to advance any number of anti-social activities while helping boil the oceans in the process. Photo via Jernej Furman / Flickr (CC BY 2.0)
Previous story

Jason Kenney’s government has a special talent for misreading the moment, and it already squandered more than a billion dollars of taxpayer money on its badly timed Keystone XL bet.

That talent was on display again recently, when Jobs and Economy Minister Doug Schweitzer talked up his efforts to attract cryptocurrency companies to Alberta right before the market tanked in epic fashion, wiping more than $1.5 trillion off the combined value of the world's various cryptocurrencies.

In an interview with The Logic, Schweitzer said cryptocurrency is a “big part” of his government’s effort to attract tech jobs to Alberta. “It’s a promising area for us,” he said.

The market made a mockery of his comments a few days later, but the UCP’s embrace of cryptocurrencies is poorly timed in more ways than one. After all, for a government trying to convince the world it actually cares about climate change and reducing emissions, pushing a technology that’s responsible for a growing share of them is a bad look.

According to a University of Cambridge analysis, Bitcoin mining — the process by which computers verify and validate the transactions that undergird the crypto universe — consumes 121.36 terawatt-hours of electricity per year, more than Google, Apple, Facebook and Microsoft combined.

And while they’re increasingly focused on using clean energy, cryptocurrency miners are more than happy to burn fossil fuels to do their work and have even reopened shuttered coal plants in recent months. Between 2015 and March 2021, energy consumption from Bitcoin alone increased nearly 62-fold, with only 39 per cent of that coming from renewable sources.

Not surprisingly, then, the carbon footprint associated with crypto is getting increasingly massive — and dangerous.

Democratic Congressman and House Energy and Commerce Committee chair Frank Pallone said at the outset of a recent hearing into the energy usage of cryptocurrencies that the so-called “mining” operations of Bitcoin and Ethereum, the two biggest ones, emitted an estimated 78 million tonnes of carbon dioxide in 2021.

Cryptocurrencies are still flying under the radar in part because most people don’t understand the complicated technology behind them. Perhaps the best explanation ever came from a Twitter user named @theophite, who suggested back in 2018 that people should “imagine if keeping your car idling 24/7 produced solved Sudokus you could trade for heroin.”

But while that’s a funny way to think about crypto, its environmental impact is no laughing matter. And that technology grows more power-hungry — and emissions-intensive — with each passing day.

Opinion: The ever-more massive environmental footprint of #cryptocurrencies might be defensible if they served some essential purpose in our lives, but that’s simply not the case, writes columnist @maxfawcett.

The ever-more massive environmental footprint of cryptocurrencies might be defensible if they served some essential purpose in our lives, but that’s simply not the case.

In other words, they’re little more than a speculative asset, and one that’s used to advance any number of anti-social activities while helping boil the oceans in the process. At least the Beanie Babies craze never killed anyone.

Cryptocurrency purists will argue their server farms actually create a new source of demand for renewable energy, and will incentivize utilities to build out far more. John Belizaire, the CEO of Soluna Computing, even told the House Financial Services Committee last year that “crypto’s energy consumption is a feature, not a bug.”

That’s what crypto enthusiasts told Steve Wright, the former CEO of a power utility in Washington state, back in 2014, Buzzfeed reported in a recent story. And while having the ability to use server farms to soak up excess or waste renewable energy has value for utilities, who can sell power during non-peak periods that might otherwise go to waste, that’s not what happened. “(We) did not receive serious modulation offers — maybe because of the desire to run continuously due to the short lifetime of mining machines.”

In other words, if the promise of a crypto-driven renewable energy boom sounds too good to be true, it’s probably because it is.

Now it’s up to climate activists to focus their fire on that industry and the governments that can more effectively regulate it. Governments might even want to entertain the idea of banning cryptocurrencies outright, or at least demanding that our more conventional financial markets and institutions don’t traffic in it.

Given its inherently speculative and unstable nature, the crypto market may continue to crash without anyone’s help. But it has risen from the ashes of collapse before on a number of different occasions, and it may well do the same again.

Climate activists should take this opportunity to kick it when it’s down — and try to keep it there for good.

There is actually one serious

There is actually one serious use case for crypto. But it's a use case that shouldn't have to exist. Countries being economically sanctioned by the United States can use crypto to bypass the US control of the Swift payment system and its heavy influence over most major world banks. Considering that the US is sanctioning like 30 countries or something, that's important. But, since unilateral sanctions are illegal under international law, this shouldn't even be an issue. It's just, since it's the US doing it, basically nobody dares to mention that it's illegal.

However, it kind of looks like the Swift stranglehold on international money transfers is not going to last all that much longer, so hopefully this use case for crypto as well will disappear.