‘The new normal’: Why Europe is being hit by a climate-driven drought crisis 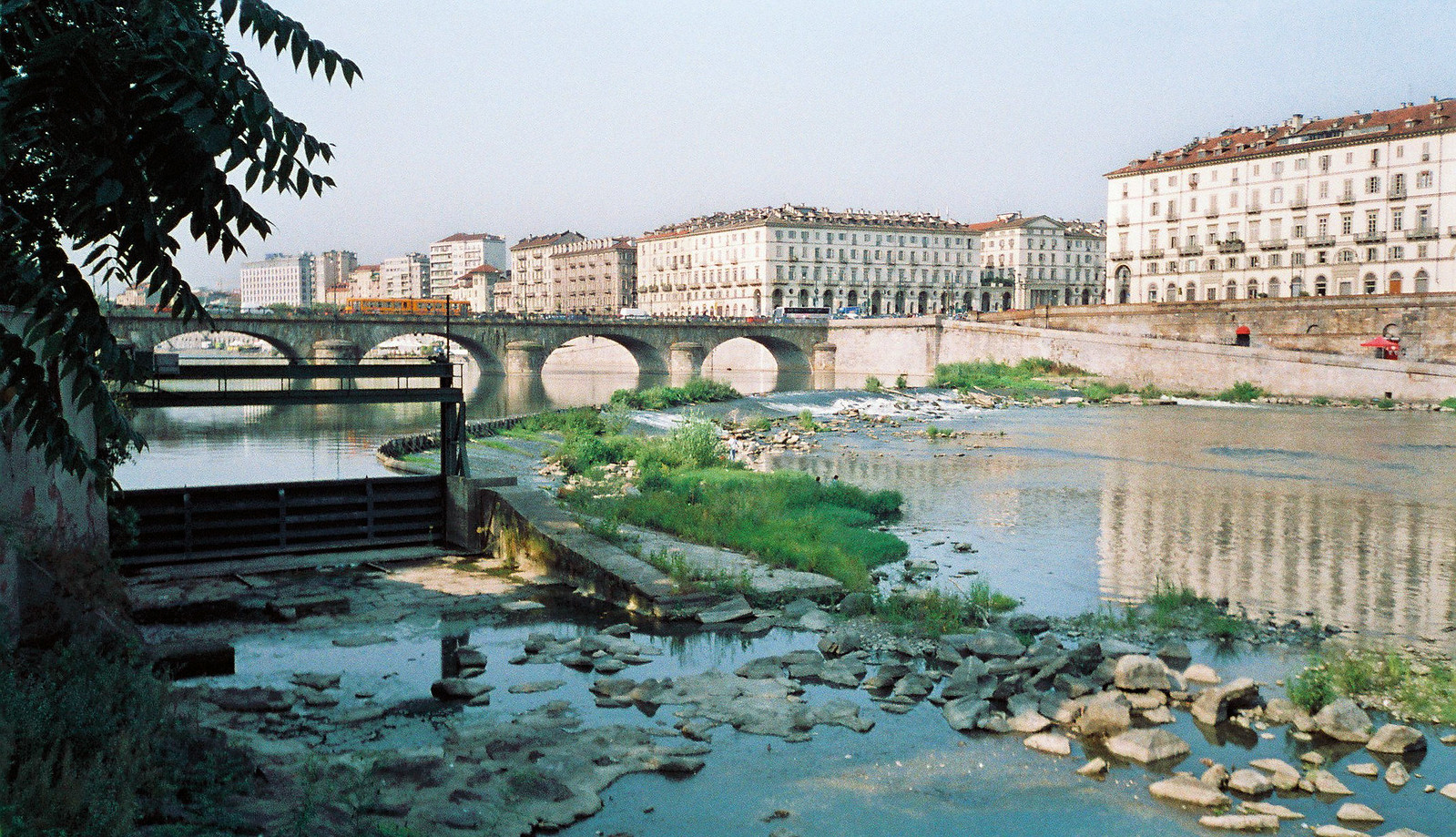 One of the most prominent manifestations of the crisis is the parched River Po. The flow rate of Italy’s longest waterway has fallen a tenth of the usual figure, while its water level is two metres below normal. Photo by Jim Linwood/Flickr (CC BY 2.0)
Previous story

Europe’s most severe drought in decades is hitting homes, factories, farmers and freight across the continent, as experts warn drier winters and searing summers fuelled by global heating mean water shortages will become “the new normal.”

The EU European Drought Observatory has calculated that 45 per cent of the bloc’s territory was under drought warning by mid-July, with 15 per cent already on red alert, prompting the European Commission to warn of a “critical” situation in multiple regions.

Conditions have deteriorated since as repeated heat waves roll across the continent. In France, the prime minister, Élisabeth Borne, last week activated a crisis unit to tackle a drought Météo-France described as the country’s worst since records began in 1958.

More than 100 French municipalities have no running drinking water and are being supplied by truck, green transition minister Christophe Béchu said, adding: “We are going to have to get used to episodes of this type. Adaptation is no longer an option, it’s an obligation.”

With surface soil humidity the lowest ever recorded and July rainfall 85 per cent lower than usual, water restrictions including hosepipe and irrigation bans are in place in 93 of the country’s 96 mainland départements, with 62 classified as “in crisis.”

Amid rising food prices following Russia’s invasion of Ukraine, France’s agriculture minister warned the corn harvest is likely to be more than 18 per cent lower than last year, while farmers’ unions say a shortage of cattle fodder as a result of the drought could lead to significant milk shortages in the autumn and winter.

The electricity utility EDF was last week forced to reduce output from one of its nuclear reactors in south-western France because of high water temperatures in the Garonne River, and has issued multiple similar warnings for reactors along the Rhône.

Spain’s water reserves are at an all-time low of 40 per cent and have been falling at a rate of 1.5 per cent a week through a combination of increased consumption and evaporation, according to the government, in what is likely to be the driest of the past 60 years.

The country has received less than half its expected rainfall for the time of year for the past three months, with restrictions in place from Catalonia in the northeast to Galicia in the northwest as well as western Extremadura and Andalucía in the south.

‘The new normal’: How #Europe is being hit by a climate-driven #drought crisis. #ClimateCrisis #ClimateEmergency

#Copernicus for #wildfires monitoring#Fires continue to rage in #Spain 🇪🇸

Most water restrictions have been imposed on domestic users, with rural authorities often reluctant to rein in farmers’ frequently illegal exploitation of an increasingly scant resource despite agriculture accounting for nine-tenths of Spain’s water consumption.

A post-pandemic tourism revival has also led to a rise in consumption by as much as 10 per cent in cities such as Barcelona, where — if there is no rainfall soon, and none is forecast — restrictions are likely to be imposed next month.

“Climate change studies warn that droughts are going to be more intense, more frequent and longer,” said Nuria Hernández-Mora, the co-founder of New Water Culture. “This is going to be the new normal, and yet we continue to approve the increased use of a resource we don’t have and which is becoming scarcer.”

This year is also set to become the hottest and driest ever recorded in Italy. “I don’t know what we need to do anymore to make the climate crisis a political theme,” said Luca Mercalli, the president of the Italian Meteorological Society.

“No similar data in the last 230 years compares with the drought and heat we are experiencing this year. Then we have had storms… These episodes are growing in frequency and intensity, exactly as forecast by climate reports over the last 30 years. Why do we continue to wait to make this a priority?”

One of the most prominent manifestations of the crisis is the parched River Po. The flow rate of Italy’s longest waterway has fallen to one-10th of the usual figure, while its water level is two metres below normal. The government declared a drought emergency in five northern regions, rationing drinking water, in early July. Villages around Lake Maggiore are being supplied by truck.

With no sustained rainfall in the region since November, risotto rice production in the Po Valley, which accounts for about 40 per cent of Italy’s agricultural output, is under threat. Growers have warned that up to 60 per cent of the crop may be lost as paddy fields dry out and turn salty, with record low-water levels allowing more seawater into the delta.

The crisis is not confined to southern Europe. Water levels have also fallen to dangerous lows on the Rhine, a vital northwest European waterway used to transport oil, petrol, coal and other raw materials, which connects Germany’s industrial heartland to the major ports of Rotterdam and Antwerp.

The river’s level on Monday was already lower than at the same point in 2018 when a severe drought eventually halted goods transport for 132 days. Some vessels are operating at 25 per cent capacity to avoid running aground, driving up freight costs.

The drought has hit German waterways just as freight vessels are supposed to carry increased amounts of coal in order to service the power plants that the chancellor, Olaf Scholz, has reactivated in the face of Russia throttling deliveries of natural gas.

In the capital, Berlin, authorities have recorded falling water levels at the many lakes fed by the River Spree. In the southern city of Nuremberg, dried-out urban trees are being watered from municipal indoor swimming pools closed to save gas.

In Switzerland, the dairy industry has been hardest hit: authorities in Fribourg, Jura and Neuchâtel have had to open valley meadows not usually used for grazing until September, since pastures higher up the mountains were already too dry.

Dominique de Buman, the chairman of Fribourg’s cheese-making co-operative, told le Temps newspaper that production of cheese and milk was likely to be hit. “A fall can be predicted and we may even end up with a shortage of gruyère,” he said.

In Obwalden canton near Lucerne, the army had to be called in to transport water by helicopter from Lake Sarnen to thirsty cows in the village of Kerns.

The Netherlands declared an official water shortage last week. The government has not yet introduced restrictions on household consumption but has asked people to think carefully about whether they need to wash their car or completely fill a paddling pool.

In neighbouring Belgium, meanwhile, forecasters reported the driest July since 1885. Despite a ban on farmers pumping water for crops, groundwater levels in Flanders are exceptionally low, causing peatlands to dry out and raising concern about wildlife, including snipe.

Canals and rivers are also in bad shape: local authorities report many fish have died as the only water left in some waterways is industrial or sewage effluent. Thirteen communes in the Ardennes have banned people from filling swimming pools.

Scientists have said climate breakdown could soon lead to summer droughts becoming frequent in western Europe, with extreme heat events that once occurred once a decade happening every two or three years unless governments around the world radically cut carbon emissions.

Reporting by Stephen Burgen in Barcelona, Angela Giuffrida in Rome, Philip Oltermann in Berlin and Jennifer Rankin in Brussels

I wish people, especially those who should know better, would stop referring to "the new normal," and start mentioning instead that things'll continue to get worse until we not only stop adding GWGs, but start drawing down what's there already.
That's what trees do. And they'll give us more oxygen to breathe, too.

Took the words right out of

Took the words right out of my mouth. When it comes to climate, every new bad thing is just a stepping stone on the road to even worse things.